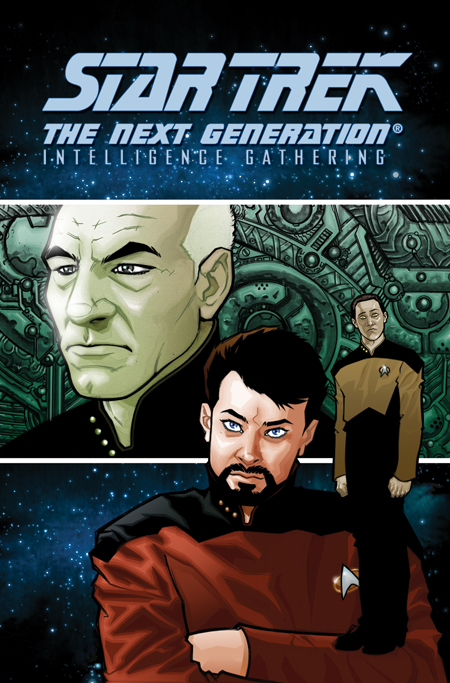 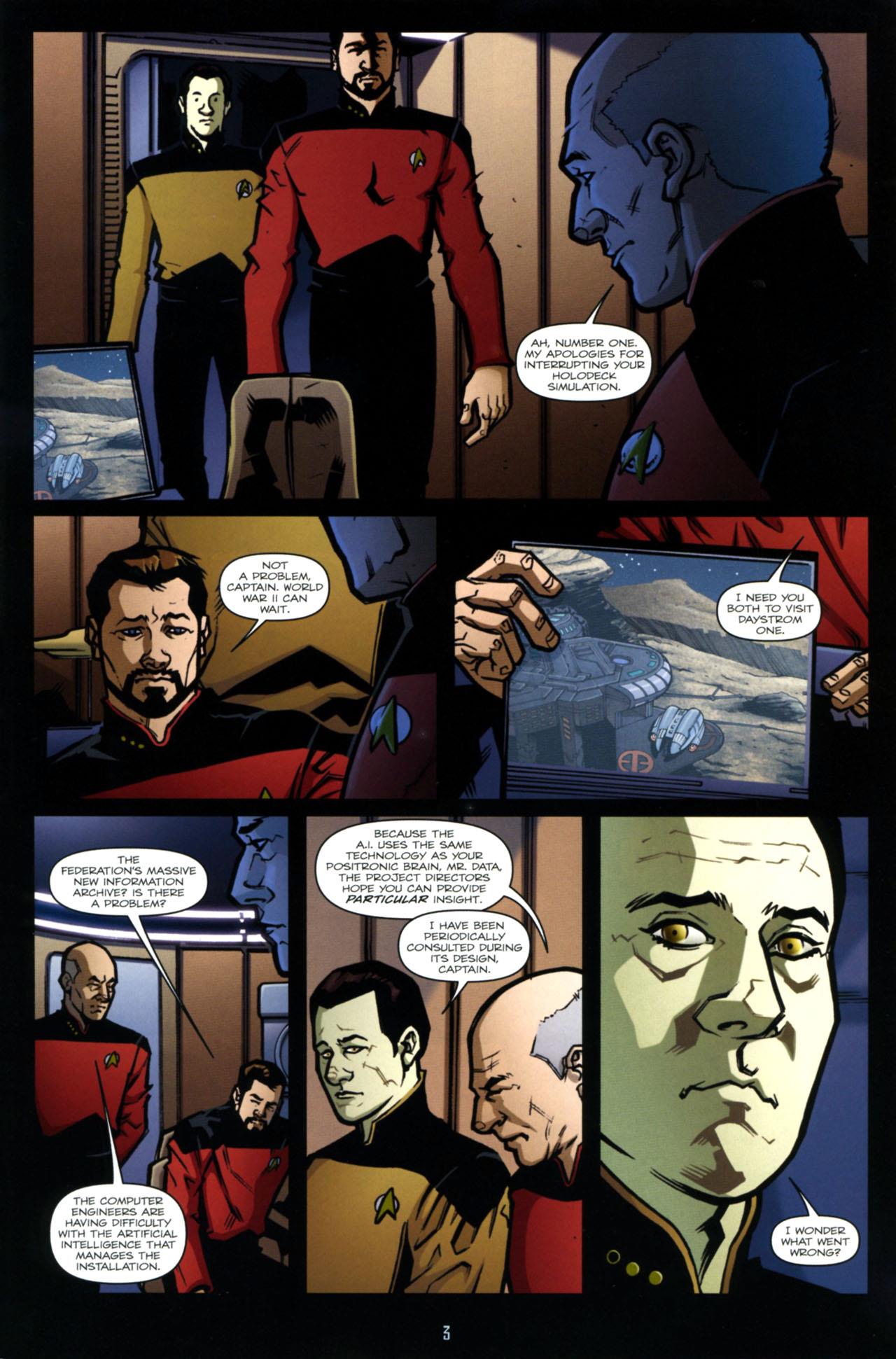 IDW launched their Star Trek: The Next Generation series with six individual stories revealed to be tied together at the conclusion of The Space Between. This pattern is followed here, but the creative team switches and we only receive five chapters.

The writing combination of Scott and David Tipton (never credited alphabetically) are joined by artist David Messina, who appears to be basing his thick-outlined style on stained glass windows. The differing colours of the crew uniforms, laid in flat, accentuate this effect. It’s troublesome, though, restricting the storytelling and leading to some distorted cast likenesses.

Data’s positronic brain is key to the first tale in which an intelligence storage device utilising an analogous system begins to malfunction. The writers are good enough to ensure that the plot doesn’t head in the obvious direction, but what they do come up with doesn’t thrill either, not helped by Messina’s locale resembling a 1980s pixelated video game. While Messina remains a hindrance, matters do improve.

The writers ensure their spotlight spreads around the cast, with each of the major series characters represented at least once in the five chapters, and several minor characters are also included. Once again, though, it should be noted that the involvement of the primary female cast is minimal, and largely when controlled by others. It’s also the case that the Tiptons vary their plots, so we get five very different stories over the book, and they’re very good on the remotely plausible technobabble on which Star Trek thrives: “For all the isolinear storage we’ve used holodeck technology to construct an extra-dimensional tesseract.”

In addition to the material already mentioned, we look in on a colonisation experiment on the Federation’s part that’s just too plot convenient. Two seemingly incompatible races are forced to live side by side, and troubles inevitably ensue, but at least Captain Kirk’s choice of Worf as mediator has a logic appended. The introductory convenience aside, though, it zips along very nicely. There’s also an engineer on another ship alienating his crew with an instinctive belief not borne out by evidence.

When the connecting thread bears fruit it’s suitably large scale, but the tie-up is extremely brief while addressing what might otherwise be a plot hole.

From the third chapter Gianluigi Gregorini is credited with art assists, although his contribution isn’t defined further. Whatever it is, either Messina has grown into the project, or Gregorini is improving the cast likenesses. Overall, this is readable, if unspectacular Star Trek, but will be enjoyed more by those really into the characters.