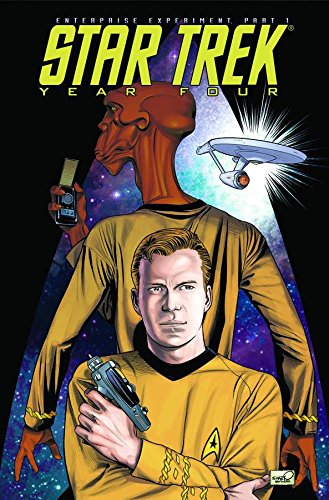 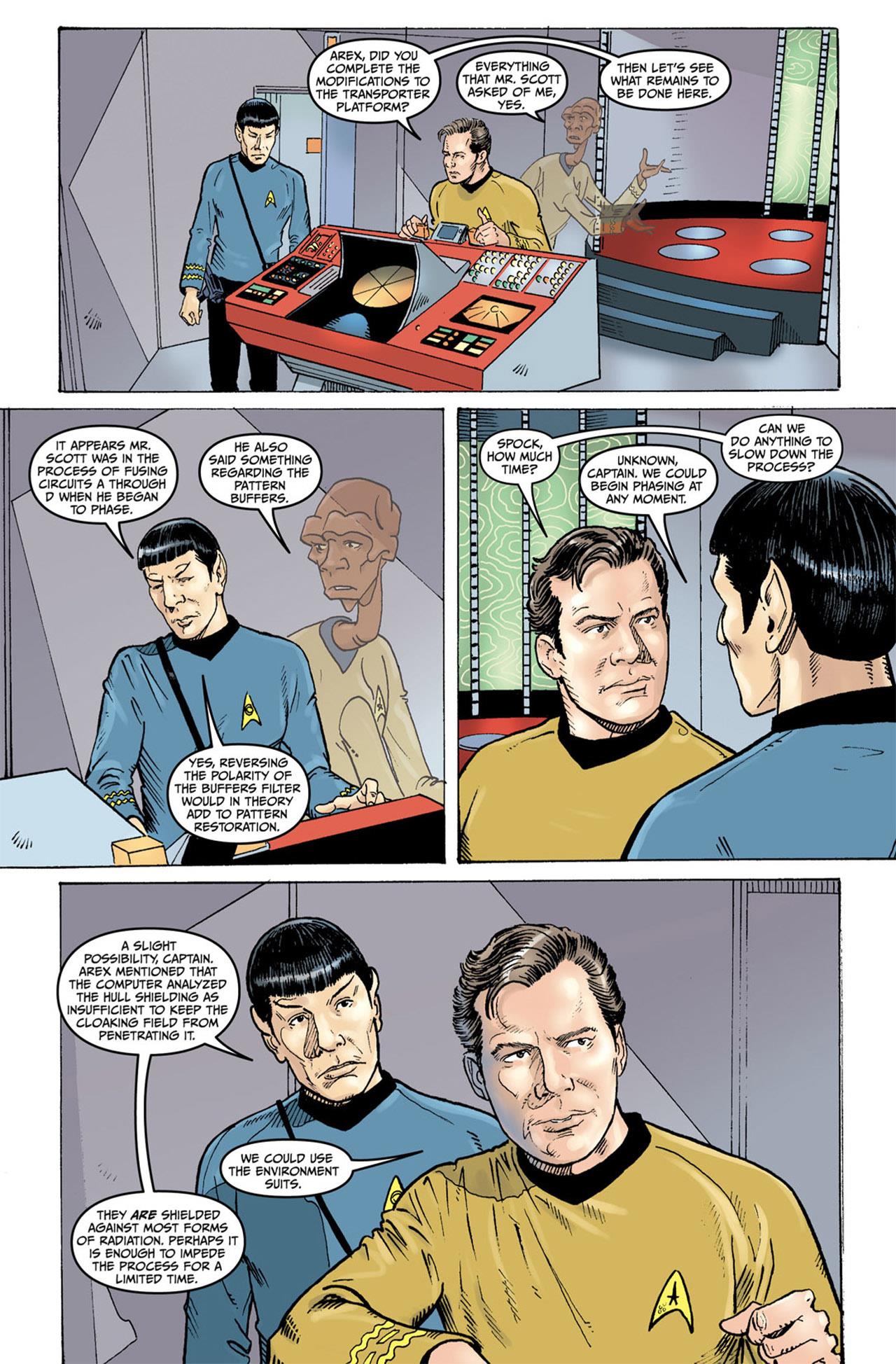 It had been quite the novel idea to continue the Enterprise’s original exploratory mission. Fans will argue whether incorporating the continuity of the animated series that followed when the live action show was cancelled after three years was an equally good idea. This follow-up to Star Trek Year Four takes the experiment a stage further by involving TV series producer D.C. Fontana as writer, collaborating with Derek Chester. They’re impressive when supplying Spock’s dialogue, which over the years hasn’t always presented the character’s authentic voice in comics.

This is needed in the opening chapter as we join Kirk and Spock in the Galileo shuttle having undertaken the experiment of the title. This is to trace an Enterprise using cloaking technology to evade them. When the craft is located there’s a problem, and it requires considerable ingenuity to solve it. Unlike the previous Year Four book, this is two longer stories rather than individual episodes. In the opener the writers set up tension via combining a race against time with an unwanted encounter with hostile forces. The combination of technological and invasion threats works well, and it’s particularly pleasing to see a worthwhile use of the alien Arex from the cartoon series. Although biped, his convincing depiction in any other form would have been beyond the 1960s live action special effects.

Kirk’s era commanding the Enterprise was one before peace had been made between Starfleet and the Klingon Empire, and this has a bearing on the second story, with incursions from a Klingon commander with an axe to grind. This in an area where both societies have conceded the greater power of the Organians, who appear to have neglected their borders. The story spreads to include further references based on previous Enterprise adventures, but they’re weaved in astutely, ensuring those unfamiliar with these stories aren’t sent scuttling to reference.

We’re in safe hands with the art as Gordon Purcell and his team of inkers have pedigree with Star Trek product going back decaces. Purcell delivers interesting layouts and decent cast likenesses, although it’s noticeable that pages toward the end of the book are sketchier than those at the start.

Bonus features include a detailed original pitch from Fontana, and the assorted covers that graced the material when originally produced as comics.

Given her long involvement with Star Trek, Fontana has as good a handle as anyone on the characters, and knows how to throw in a plot complication. Anyone who enjoys the original crew should enjoy this.