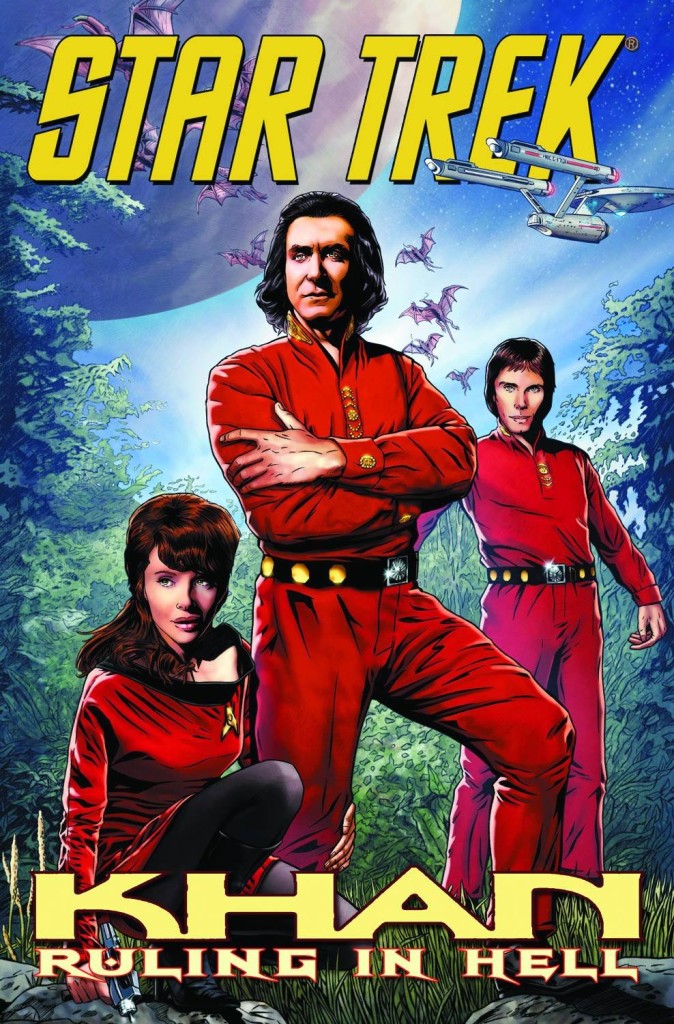 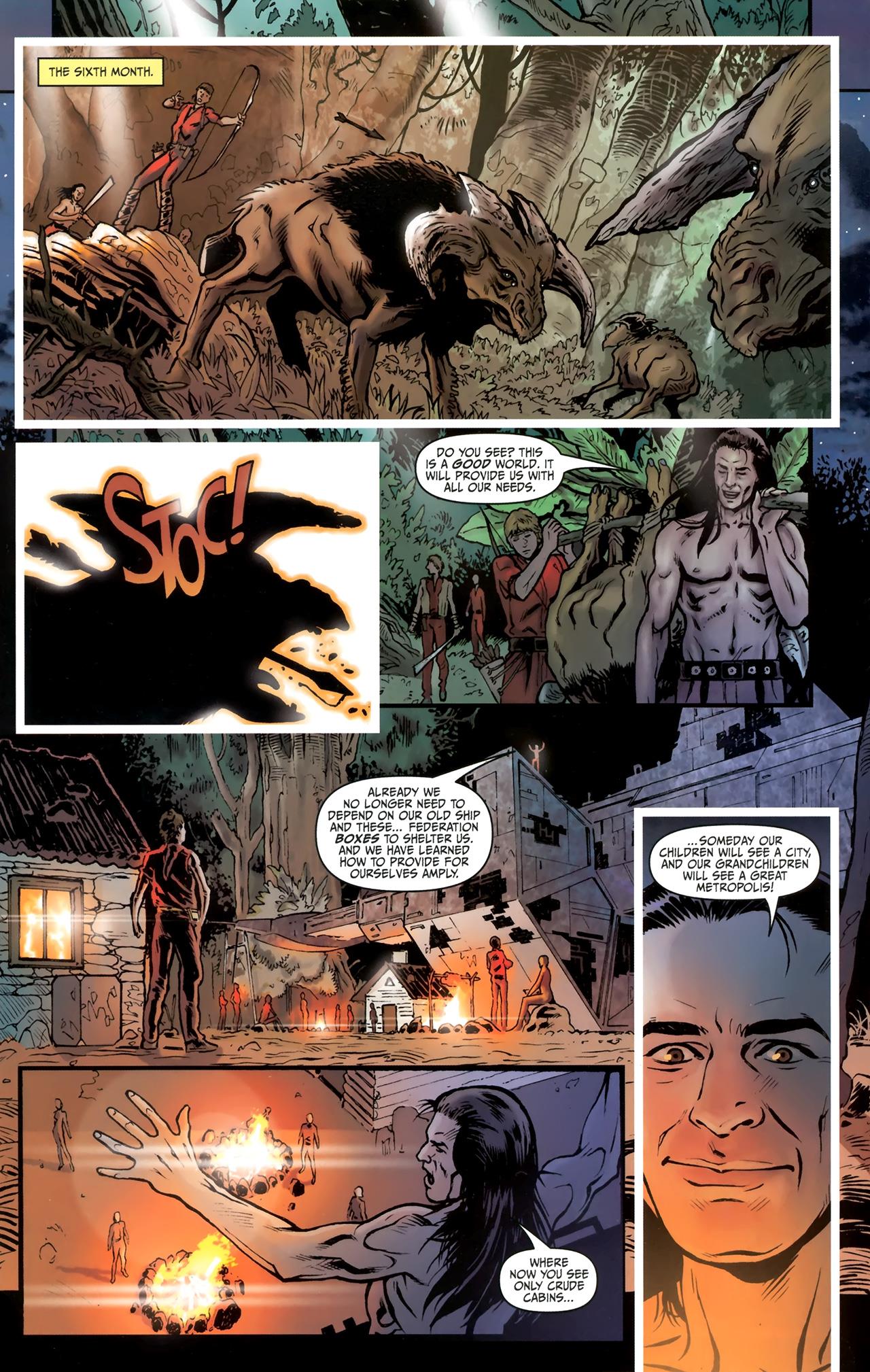 As noted on the back cover blurb, when Khan ended the ‘Space Seed’ episode of 1960s Star Trek series the former cult leader was a contented community founder, released with his followers on a fertile planet. Yet by the time of his reappearance in the 1980s movie he was a vengeance-fueled maniac. So what happened?

That’s the story writers David and Scott Tipton tell here, beginning with his release on an uncolonised world at the end of the 1960s TV episode, with much of the opening chapter filling in the events of that story. Khan, of course, recurred as an alternate universe doppelganger in Star Trek: Into Darkness, so this in some ways is a companion piece to the Khan graphic novel issued to accompany that film. His different background might confuse people who only know the latter day version.

After an initial planet taming success for Khan and his crew, due to matters beyond their control it all starts to go wrong. As their society begins to degenerate around them Khan maintains a faith that Kirk will return with the Enterprise.

Fabio Mantovani’s illustration aims for photo-realism and is fine in illustrating a bleak story. The problem is that as this is a continuity implant with much already known, it isn’t compelling reading, and even the unknown elements have a predictable quality. The writers attempt to flesh out the bones by contriving conflict among the settlers, almost from the opening pages, but this never really convinces given that Khan has been portrayed as a charismatic individual with an almost hypnotic influence over his followers.

As this version of Khan has been supplanted by a frankly more interesting character it requires a fascination with the original to make this worthwhile, but this is far from the best of IDW’s Star Trek material.