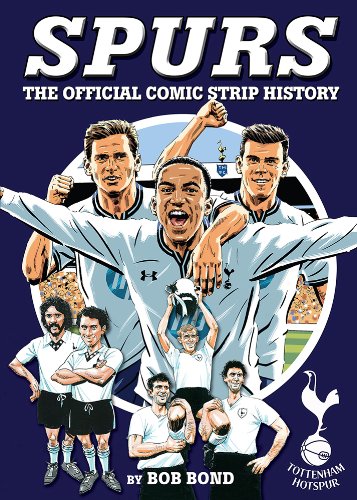 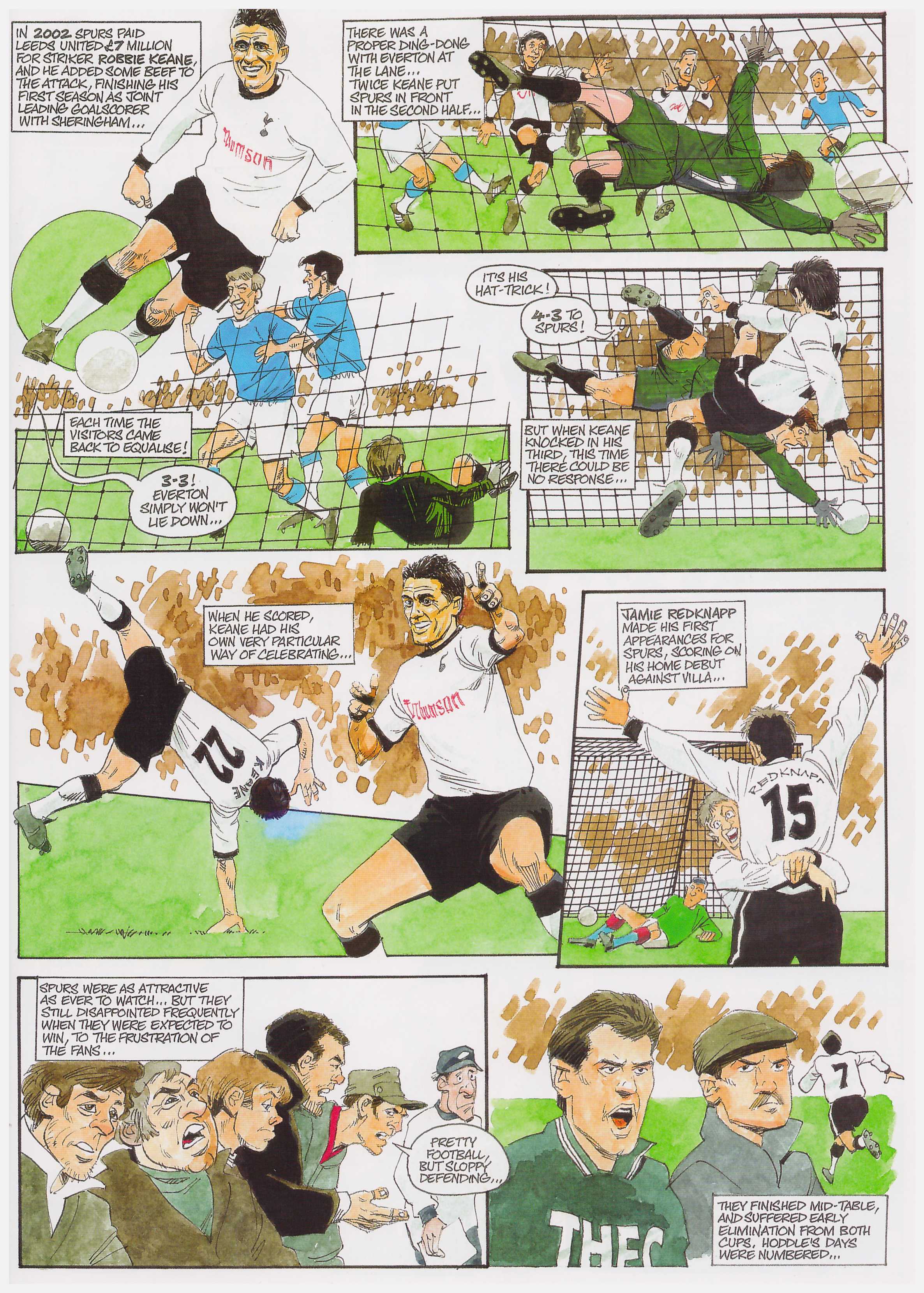 If ever a graphic novel served up exactly what the title promised, this is it. It takes the history of Tottenham Hotspur football club from their 1882 foundation through the highs and lows to 2013. Only a single season outside the top division in the past sixty years is testament to their perennial competitiveness, even if the supporters have their expectations set higher.

By definition this is a niche book. It’s unlikely to be of interest to followers of any other football club, yet even for knowledgeable Spurs fans it’s likely to provide moments of surprise and insight. It’s certainly not widely known that their unusual ‘Hotspur’ appellation is taken from Shakespeare’s interpretation of the 14th century nobleman (in Henry IV, which isn’t specified). In more recent times it’s been largely forgotten that attacking midfielder Gareth Bale, in 2016 the world’s most expensive football player, began as a defender.

The cartooning is brilliant. Bob Bond’s long experience brings a life and verve to football action, which, as many Roy of the Rovers artists have discovered over the years, isn’t as easy as might be assumed. The problem he has, though, is the affiliated discipline of caricature. The cover by Stefan Gulbis exemplifies the difficulty. Jan Vertonghen and Gareth Bale can be identified, but what’s presumably intended as Jermaine Defoe looks equally like his Spurs contemporary Aaron Lennon. Bond has greater difficulty. Distinctive looking players who might be presumed gifts for caricaturists such as Paul Gascoigne, Robbie Keane or Dave Mackay are barely recognisable in instances when Bond hasn’t resorted to copying from photographs, and even then the likenesses aren’t always obvious without the accompanying caption. His Harry Redknapp over several illustrations could be three different people. This matters as it’s a feature of the book. There are few pages beyond the 1960s that don’t highlight a particular player and their achievements (although Chris Waddle is an odd absentee).

An officially sanctioned product requires celebration, not balance, so any remotely contentious matter has been ruthlessly excised. Sol Campbell doesn’t rate a mention despite ten years stalwart service in a distinctly average team, his transfer to local rivals Arsenal still rankling, and the club initially drawing their support from Tottenham’s considerable Jewish community is ignored. It’s the source of offensive chants to this day.

Beyond that Bond is torn. Spurs have only captured one significant trophy in the past thirty years, yet two-thirds of the book covers this period, the more recent years needed to attract the younger audience at which it’s aimed. Their rich history is very much subordinate, which is a shame. Bond does devote almost four pages to their most significant season 1960-1961, winning both the league and FA Cup in an era when their opposition was far more evenly matched than the teams faced by rich title winners of the modern era. The book peters out instead of concluding, with a panel depicting a scowling and un-named Andre Villas-Boas learning Spurs wouldn’t qualify for the Champions League. A final page reiterating achievement might have been better.

Bond produced similar books on Arsenal, Liverpool and Manchester United, and the strengths and weaknesses apply to them equally. They’re all aimed at younger readers, and are therefore very much of the moment. Even three years after publication there’s been considerable change. The book ends just as Spurs emerged from a decade of also-rans to become genuine championship contenders again, and the final pages begin to note the younger players who’ve bonded to achieve this. As the years roll forward, however, how much interest will even Spurs fans have in this book? 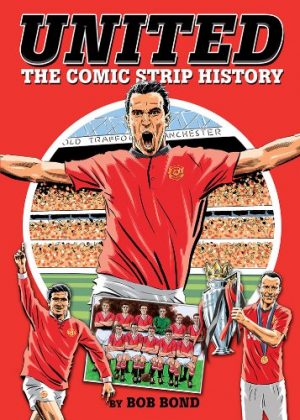