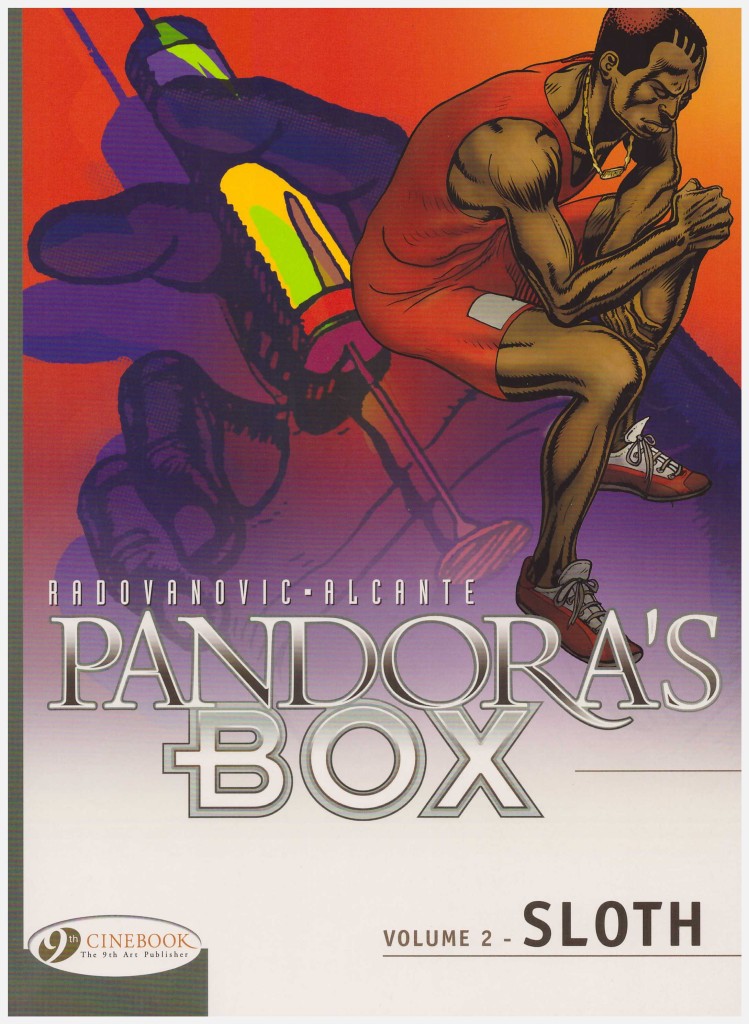 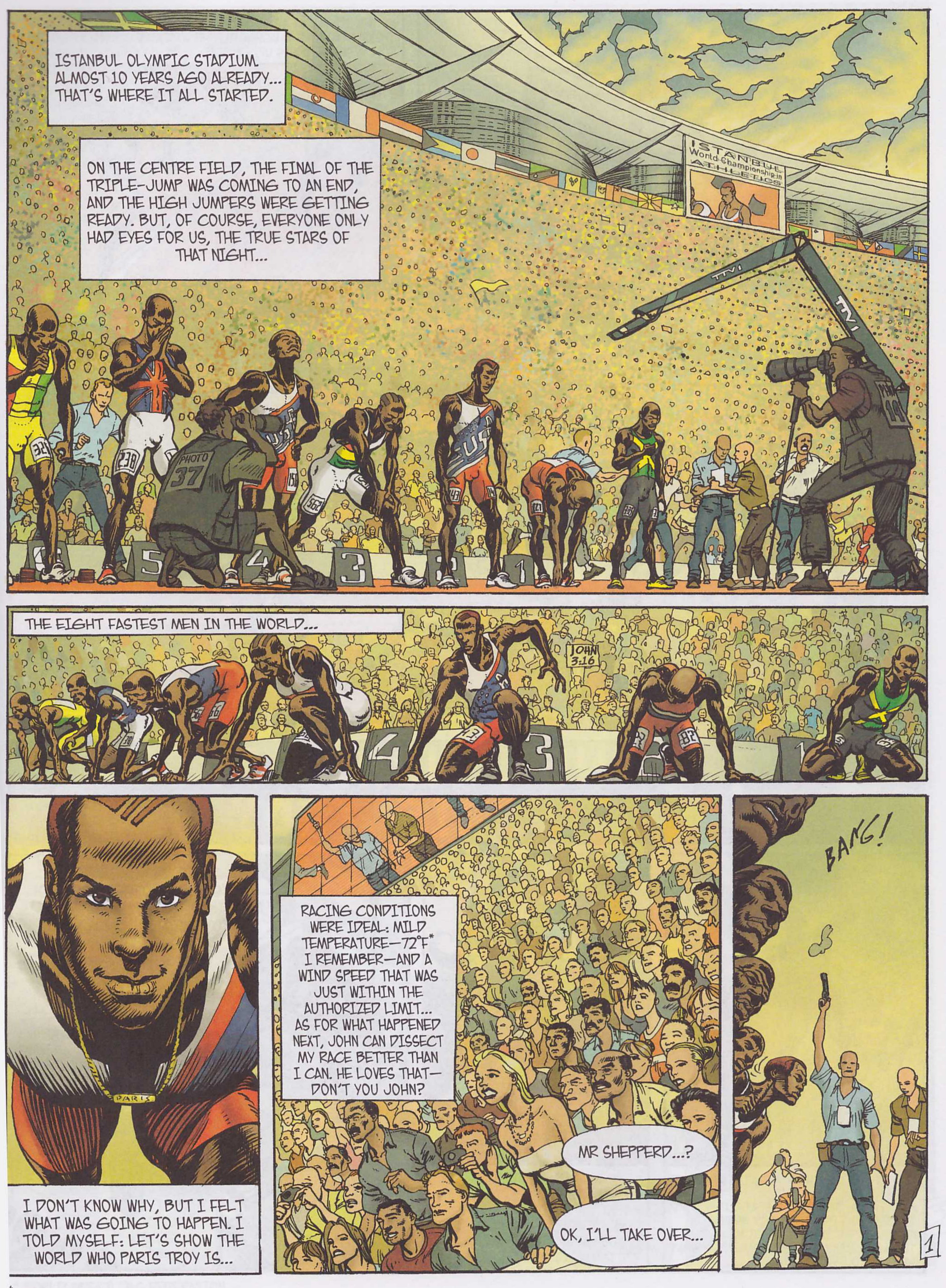 Paris Troy has dominated the 100 metre sprint for a decade, setting a new world record early and gradually lowering it, yet fifteen years after he began his career he’s experiencing his first injury. He’s recovering, but not to the timetable he or his coach would like. Paris began racing as a child, outside the family beach home with his brother Hector, who also turned professional. Hector, though, wasn’t as naturally gifted, and when offered the chance to stimulate his performance with drugs, he took it, and was caught. Banned for two years, he never returned to sprinting. Hector, though, is a constant presence tempting Paris with how much faster his recovery might be if artificially aided, and Paris desperately wants to win a gold medal at the autumn Olympic Games.

While it’s unusual and welcome to see any sport as the focus of a graphic novel (in English at least), this isn’t anywhere near as strong as the preceding Pride. Alcante lapses frequently into melodrama, signposts his plot, and an element on which it hinges is an improbable one in a million chance. The classical allusions of conflict engendered by the names are reduced from epic and mythical to mundane. There is a tension in places, but at times you really wonder just how dim some of the cast are. The morality is also very heavy handed. We move from “No-one saw me cheat, so I didn’t cheat. That’s how it works!” to karmic consequence.

It might be tempting to draw parallels with Usain Bolt, whose prominence only occurred after this book was written, but in hindsight it’s easier to switch sports and consider the whispers surrounding Lance Armstrong as a possible inspiration. There is however a parallel that Alcante couldn’t have known about. As we approach the 2016 Olympic Games Bolt finds himself in a situation very close to that of Paris Troy when Sloth opens.

A principle behind Pandora’s Box is switching the artist with every new book, and Vujadin Radovanovic doesn’t impress as much as other artists in the series. His layouts work, but he has a looser approach than the usual European adventure/thriller artist, and his shorthand figurework is more reminiscent of American artists than European, and frequently sloppy. It’s further not always easy to distinguish his cast. A pivotal decision is taken on the basis of a signed photograph, and were it not for the identifying signature the scene would be compromised.

Gluttony is the next of the seven sins to be investigated.