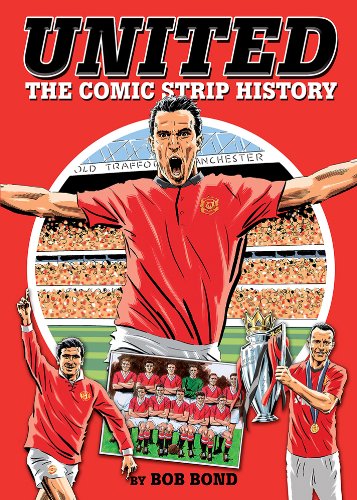 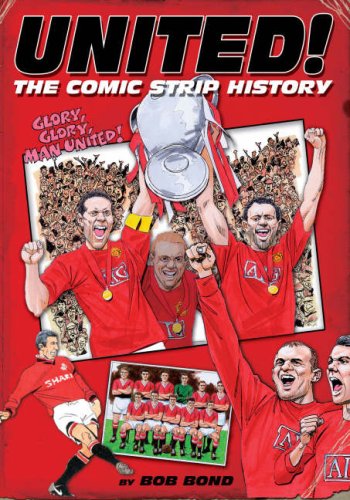 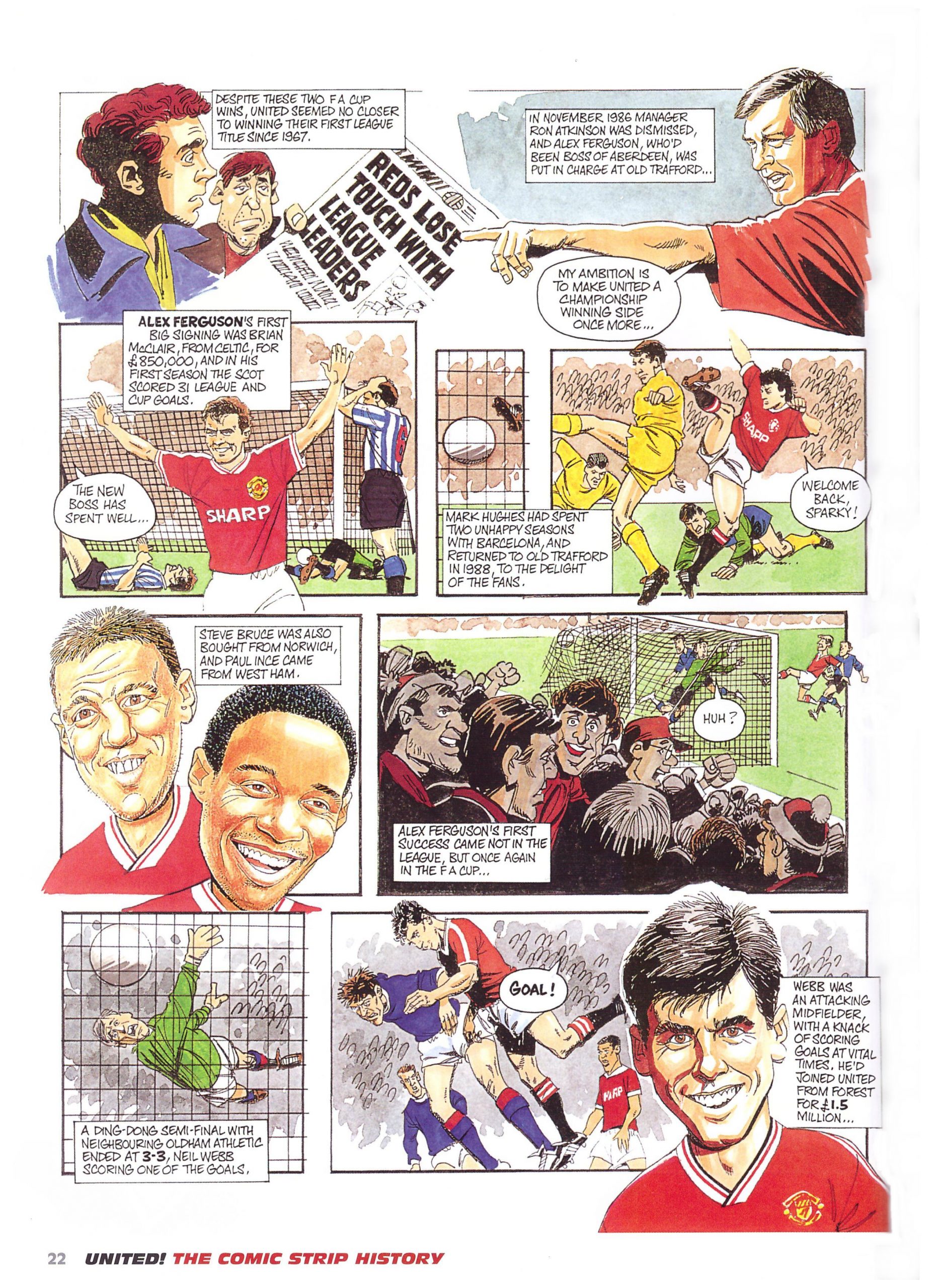 They were never going to be potential buyers, so Bob Bond can afford to alienate fans of several other respected English football clubs by titling this book United! It’s a common complaint that English commentators use the same term exclusively referring to Manchester United, when football fans in Leeds, Newcastle, Sheffield and several other towns also follow teams named United. This, though, is the history of admittedly the most successful United.

As with his other football books, the cover of the original edition immediately highlights a problem with Bond’s art. He’s a very good cartoonist, but not a great caricaturist, and even Manchester United’s fans will have difficulty identifying those selected to represent their team. Ryan Giggs and Wayne Rooney are captured, but it takes the red hair and distinctive collar to identify Paul Scholes and Eric Cantona respectively. The other two? Possibly Ruud Van Nistelrooy and Cristiano Ronaldo? Fortunately, inside the book Bond can resort to captions, labelling and names on shirts to remove doubt. The sample page continues the pattern with a good Paul Ince and a Steve Bruce no-one would recognise without the caption.

Bond’s very good on detail and historical accuracy, not including goal nets before they were introduced, and having players in the fashions of the era in which they played. He’s also good with convincing football action, not the given it might be assumed. There are definitive touchstones in Manchester United’s first hundred years, when the successes were measured rather than poured, and Bond covers these well, although the content is very much weighted toward the Alex Ferguson era from the late 1980s onward. Bond’s suitably respectful in not sensationalising the greatest tragic event affecting a team in English football history, when many members of a squad that looked to be establishing a dominance not seen since the previous century died in a plane crash. Occasionally, though, subtlety can go too far. Readers who don’t know the story will be left wondering why manager Tommy Docherty was sacked after leading the team back from its only second division season since the 1930s and then winning the F.A. Cup.

When United! was first published in 2008, the Alex Ferguson era was still ongoing, and over half the page count is occupied by what happened after Ferguson’s 1986 appointment, a percentage increased for the 2013 reissue. Bond’s more expansive about key fixtures during what was the most successful period in the club’s history, although no controversy is aired, and older fans will enjoy reliving possibly forgotten great matches, such as reversing a 3-0 half time deficit to win 3-5. That was against Spurs, about whom Bond produced another comic biography.

Despite the history, both editions are books of their moment, and the more time that passes, the less interest there’s likely to be, particularly as Manchester United experienced almost a decade in the doldrums after Ferguson retired. A few minor errors (“Hendrick Larsson”) don’t blight an entertaining read, but Bond’s patchiness with likenesses does. 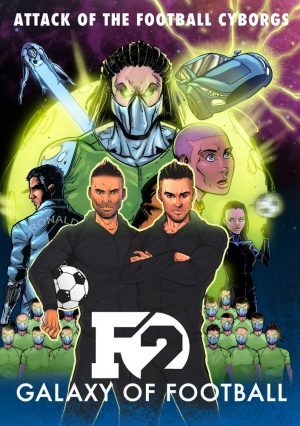