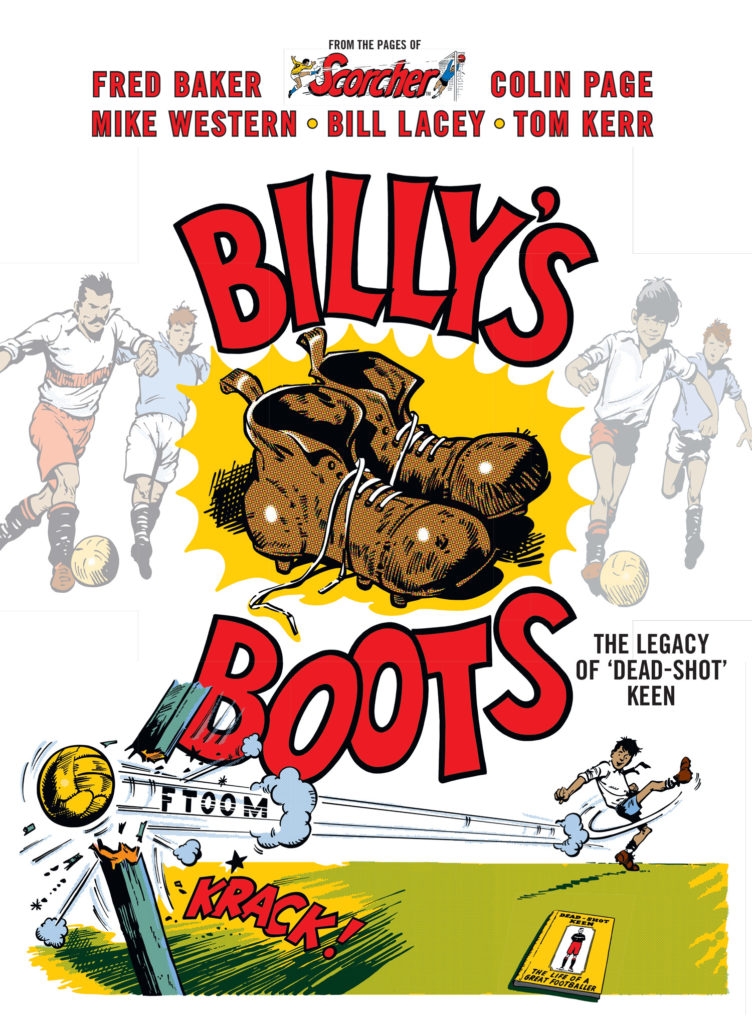 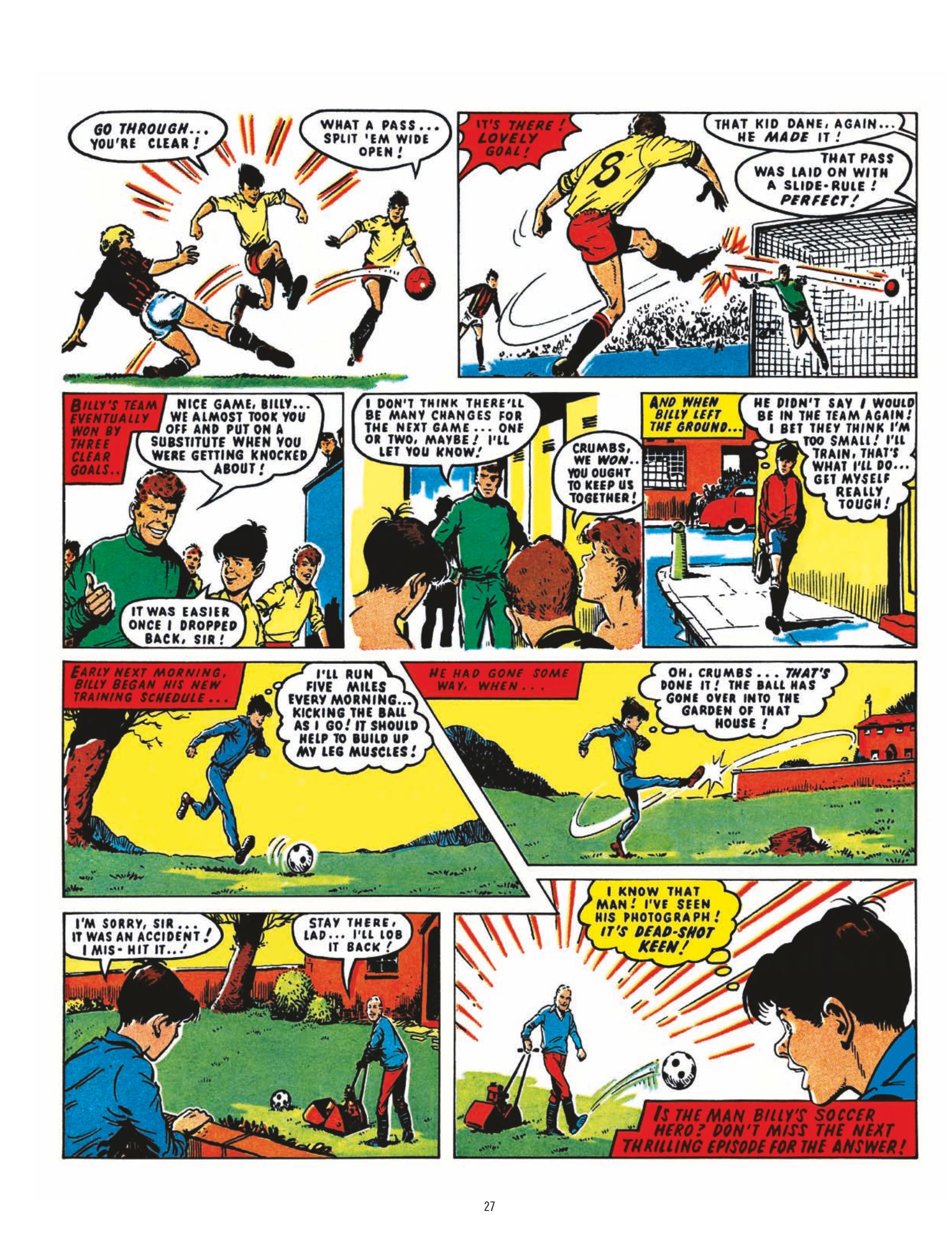 The pre-eminent British football comic was Roy of the Rovers, its heyday an impressive four decades from the 1950s, but ask its fans to come up with another football strip, and the most fondly remembered is likely to be Billy’s Boots. It ticked a number of boxes for the comics of the era, Billy Dane deprived by being an orphan, living with his loving gran, and the gutsy underdog who loved football, but lacked even the most basic technical ability. The turning point of the opening episode is Billy finding a pair of old-fashioned, ankle high boots in the attic, formerly worn by famous England forward Dead-Shot Keen. Fortunately, they’re exactly Billy’s size, and when he wears them he’s granted the footballing skills he previously lacked. What people remember about the strip is the formula of various ways in which Billy is deprived of the magical boots just before important matches, beginning with Billy’s gran throwing them out. In that instance a friendly dustman who’s been rummaging through the landfill tip turns up with them midway through a match in which Billy’s woefully underperforming. However, memory is playing people false, and while Fred Baker’s scripts thrive on melodrama, he’s canny enough not to overplay the idea of Billy losing the boots.

Had he just relied on that, Billy’s Boots probably wouldn’t be as fondly remembered, but Baker uses the weekly three pages to construct a personality for Billy. He’s likeable, and shown as plucky, persistent and a grafter, all aspirational qualities prized by comics editors in 1970 who still considered it their remit to promote decency. Even the school bully’s shown to know when he’s gone too far. Tactical comments display that Baker likes his football, which provides a veneer of reality, but the artists vary, Bill Lacey’s early pages having the greatest affinity for the movement of the game. Tom Kerr (sample art) drew most strips here and provides a tidy professionalism, good at varying the look of his characters and giving Billy a strong visual identity. Time has moved on, though, as has football, and the work put in to ensure the strip reflected the period now gives it an old fashioned look. Contrary to what you’ll discover online, it was Mike Western who drew the first strip, his only contribution here, not John Gillatt, whose long run picked up later in the 1970s.

Billy reads Dead-Shot Keen’s autobiography (taking a very long time to work his way through it), with his own footballing path following an uncannily similar trajectory, and there’s wonder about how much is packed into three pages. Beyond the magic worked by the boots, Baker largely keeps the strip tethered to reality, although those stumbling blocks are occasionally a little too strained, and the final plot’s second half recovery from 7-0 down after thirty minutes was an indication of what would later happen when less grounded writers later took over the strip. Those, however, are minor caveats, and any reader picking up The Legacy of Dead-Shot Keen for nostalgic reasons is likely to be surprised at how quickly they become wrapped up in Billy’s life and the stumbling blocks Baker throws in his way.

Thanks to John Freeman and Lew Stringer for pertinent information. 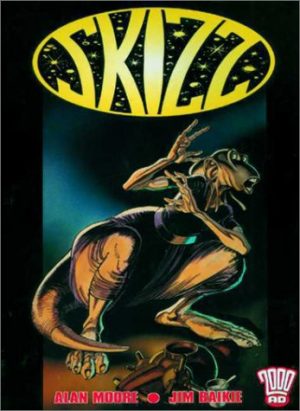