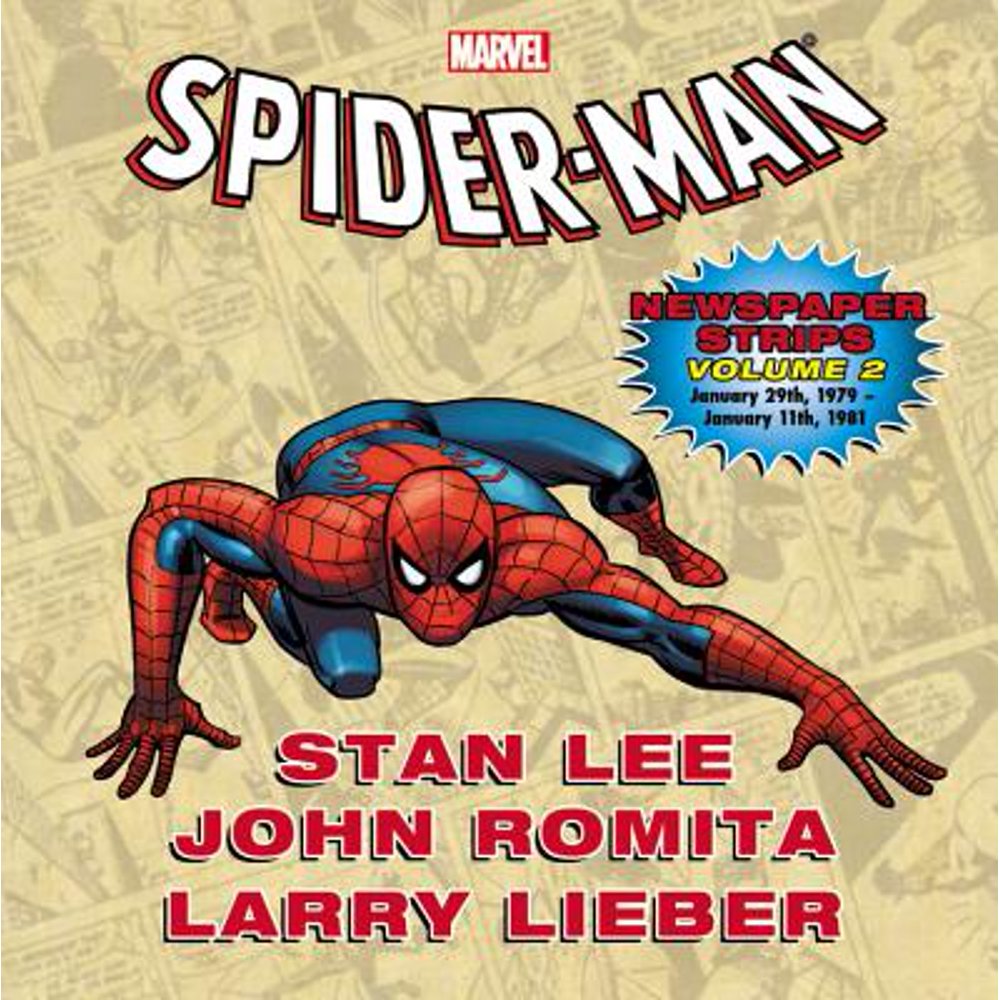 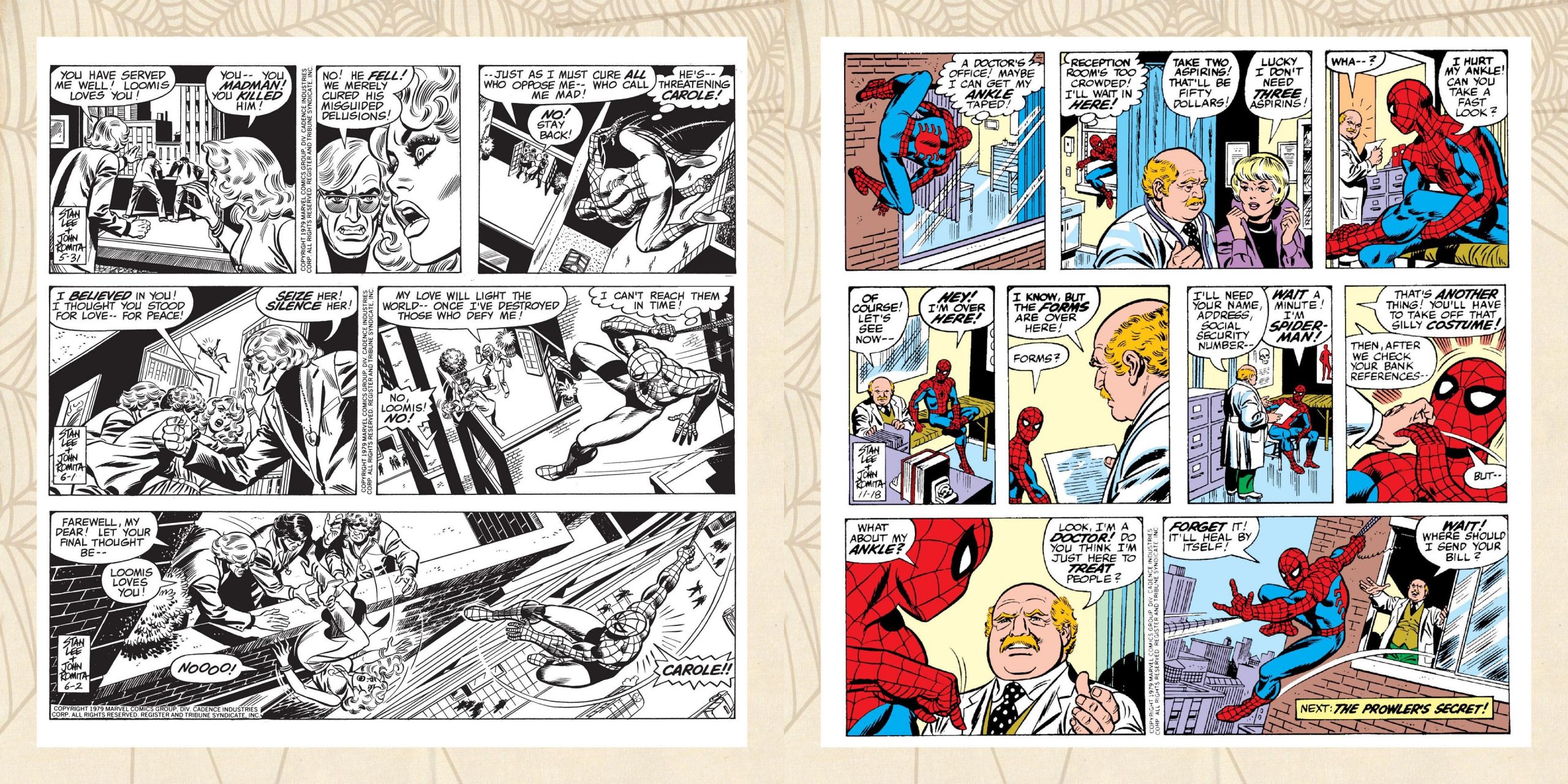 This second volume of Spider-Man’s newspaper strip stories covers January 1979 to January 1981. Stan Lee and John Romita are the primary creative partnership, with 25 pages at the end drawn by Larry Lieber. The creative process is much the same as in Volume 1, with individual stories occupying eight to twelve weeks of daily newspaper continuity.

Slight differences distinguish the strip’s supporting cast from the comic version of Spider-Man, the primary one being Peter Parker’s girlfriend is Carole Jennings, psychology student. Otherwise it’s the usual selection of Aunt May with her frail heart, J. Jonah Jameson never losing a chance to print a poor picture of Spider-Man and a flighty 1960s style Mary Jane Watson.

Up first is the Kingpin enabling a jailbreak, but not escaping himself. He has a plan, but Lee’s hardly stretching himself, even acknowledging he already had Mysterio impersonating Spider-Man and committing crimes in Volume 1. None too convincingly he has Spider-Man question his sanity, wondering if he could be unknowingly engaging in criminal activity and extends the story via implausible lapses of memory. Thankfully the content improves, and as seen on the colour sample page, Lee can be creative with the problems he conceives for Spider-Man.

There is a change in that Monday strips now sometimes reprise the action seen in the colour Sunday strip rather than the Sunday pages being designed as well drawn, but inconsequential, so readers who only buy the daily paper don’t miss out.

Better stories include Kraven the Hunter declaring Spider-Man a target, Peter giving up being Spider-Man and the realisation of how it doesn’t reduce the complications of life, and a clever uniting of two plots when the Kingpin is released. There is a greater emphasis on soap opera storylines, sometimes for a couple of weeks of continuity, and generally featuring Carole, as the strip builds up to sequences of Spider-Man crime-fighting rather than featuring them as a matter of course. The most tension is smartly generated by Peter deciding he’s going to reveal to Carole that he’s Spider-Man and the succession of obstacles thrown in the way. The ending is disappointingly trite, though.

So are the final two stories, one about a guy with a whip running a protection business and Mary Jane peculiarly attracted to him, and then Spider-Man attempting to monetise his abilities. The final strip is the one drawn by Lieber, perfectly adequately, and keeping the cast looking the way Romita draws them, but not quite matching the finesse.

This is an up and down collection, with more credulity-stretching moments than the first. Romita holds his end up throughout, and when Lee’s on form it’s thoroughly entertaining, but he’s too often sloppy, making the first collection the one to buy.