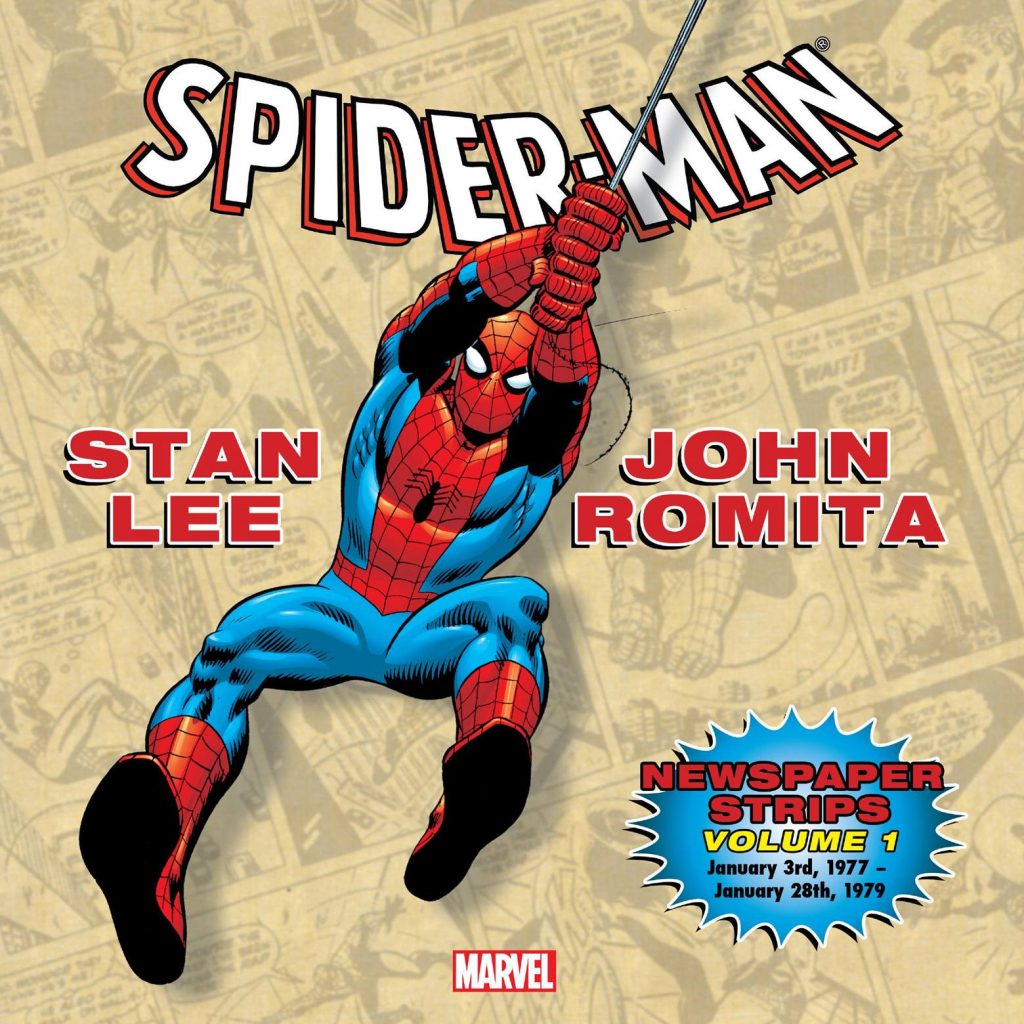 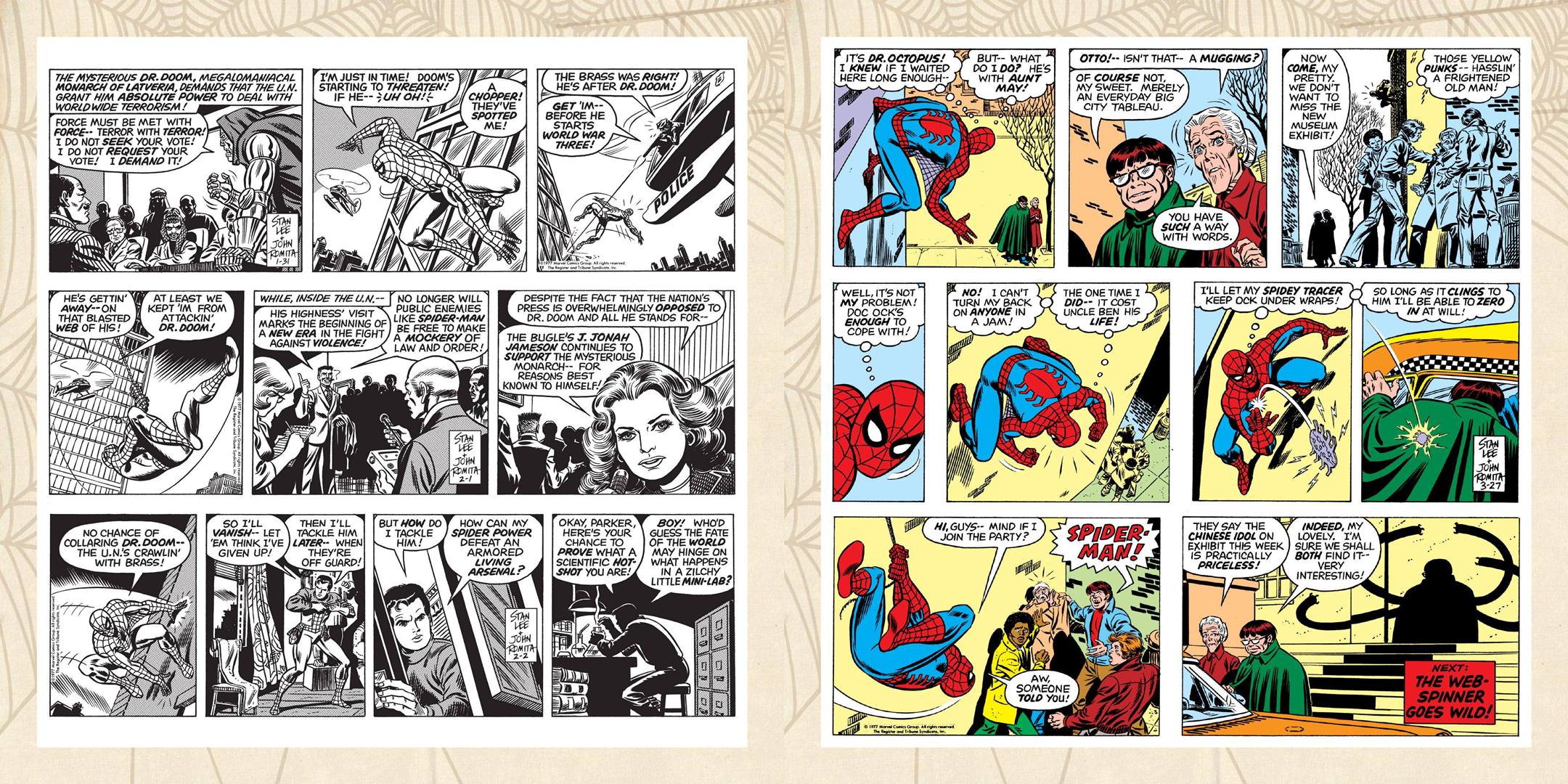 In 1977 comics were still considered by many older creators as very much the shabby relations to the prestige of a newspaper strip, so Spider-Man’s graduation from monthly comic to daily strip was seen an upward step toward credibility. Of all his co-creations it was Spider-Man that Stan Lee clung onto the longest, and around two-thirds of his issues were collaborations with John Romita, so that was considered the most effective creative team for a new audience. The first two years of their run are presented here.

Romita is a consummate professional, and by 1977 had nothing left to learn about laying out a story clearly and dynamically, skills he transfers effortlessly to the three panel format. He varies the panels to ensure different views in each, differentiates people clearly, and perhaps his major achievement is providing superhero action in panels he knows will be reduced far smaller than those in comics. This collection strips them three across a page allowing a full page for the three tier Sunday strip. That’s in colour, but it’s plain, and the black and white strips show Romita at his best.

Lee uses Spider-Man’s full supporting cast in stories that roughly break down into two months of newspaper continuity. For the first year he doesn’t try anything new or different, and revisits several scenarios from the comics, Doctor Octopus sliming around May Parker for one, and more obviously Spider-Man’s origin. However, as Lee is writing for a larger audience, many of whom had presumably never looked at a Spider-Man comic, stretching into new territory is unnecessary, so he recycles familiar tropes to largely good effect. The bombast of Lee’s writing has dated, and he sometimes cranks the melodrama too high, but his mixture of soap opera and superhero action set a template that remains effective, and surprises still work as intended. At his best, as in a Kingpin sequence with Spider-Man limited by a device, Lee weaves the action away from predictability while keeping the emotional tension high also.

Some old foes are introduced as established, such as Doctor Doom and the Kingpin, while Kraven the Hunter and Mysterio arrive without villainous credentials, and Lee introduces a new villain in the Rattler. Anyone familiar with Spider-Man’s continuity may wonder why the Lizard couldn’t have filled that role, but had that been the case then anyone familiar with Spider-Man’s continuity would have seen the shock revelation coming.

Allowing for some dating, it’s likely readers will be surprised at the overall quality. As the strip moved into the second year Lee showed less reliance on old scenarios, introducing freedom fighters, a better Doctor Doom story, a bunch of ordinary thugs causing Peter Parker more trouble than he might have assumed, and a woman who learns Spider-Man’s identity. The final three sequences barely feature any super villains, and show Lee can write compelling Spider-Man dramas without them, as they’re the best stories in the collection, having the right balance of appealing to the general public without alienating fans.

Both Lee and Romita discuss the strip in back of the book articles, and these pages also include the sample strips Romita drew to sell the strip to a distribution syndicate. Volume Two covers the remainder of 1979 to 1981.