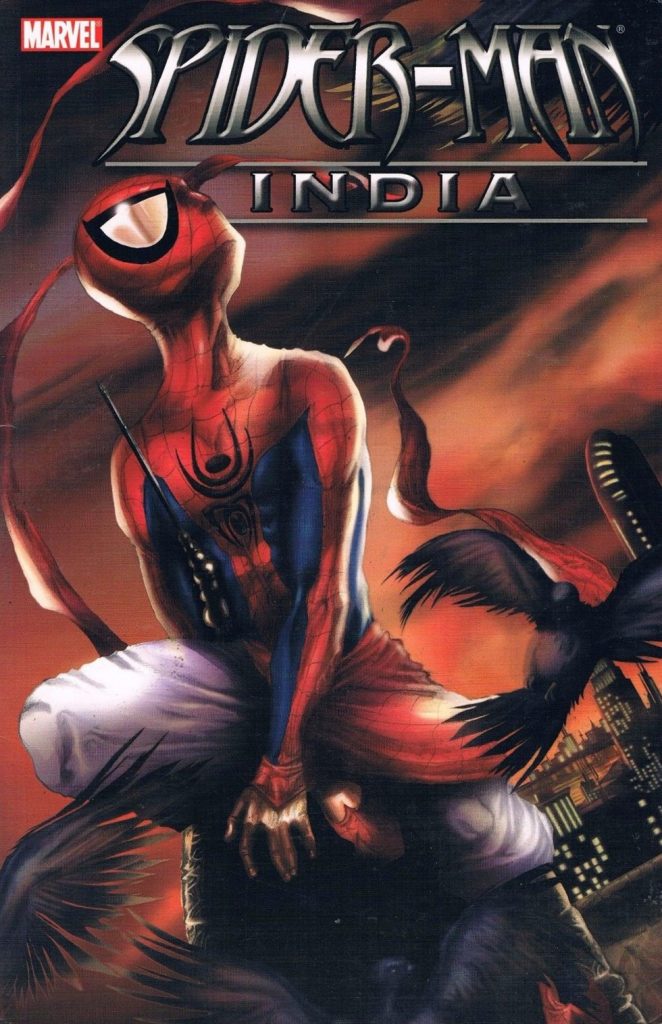 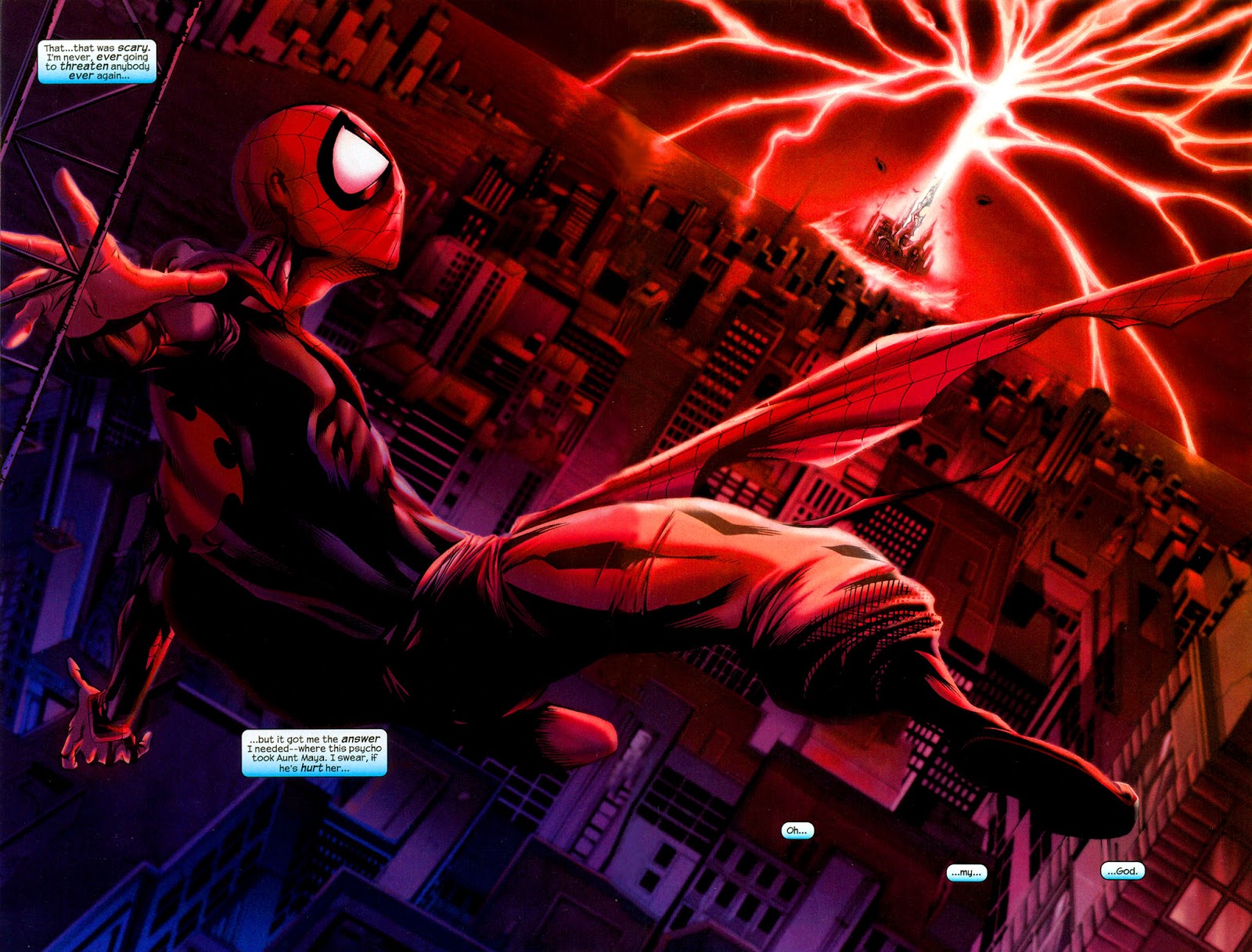 This alternate world curiosity recasts Spider-Man as Pavitr Prabhakar, transferring the background and associates of Peter Parker to India. He’s taunted at school, the beautiful Meera Jain cheers him up, and his Uncle Bhim reinforces that with great power comes great responsibility, but Pavitr doesn’t need to be bitten by a radioactive spider. Instead he’s transformed by a mystic in an alleyway, with a costume conveniently left for him on a nearby rooftop, but sadly, as might be expected, Uncle Bhim’s not long for this world.

Jeevan J. Kang, Suresh Seetharaman and Sharad Devarajan are responsible for reworking Spider-Man’s earliest days within an Indian context, which is relatively successful, possibly even more so to anyone familiar with the cultural references with which the dialogue is peppered. Kang’s Studio Gotham also provide the art. The redesign of Spider-Man’s costume to Indian standards is interesting, and the locations and background art never let us forget the story’s set in Mumbai, not Manhattan. Studio Gotham supply the painted colour as well, giving a greater richness and vibrancy than Spider-Man’s used to. The writers tie the story into Indian mythology, and the spreads where Kang focuses on that are spectacular, strange, vivid and bold. These have a connection with crooked businessman Nalin Oberoi, and it’s surely not giving anything away to reveal he becomes the Green Goblin. However, whereas in the American version the Goblin identity is just a costume, this is a complete transformation, and Oberoi becomes a terrifying horned beast. A demonic incarnation of another Spider-Man foe serves as the appetiser before the final chapter confrontation.

There’s a real energy rush to India, but the cost of that is plot coherency. We’re used to a level of emotional depth, but there’s little of that here, and what there is seems unconvincing, as if constructed to conform to expectation. The fact that different artists work on the characters is distracting, with Pavitr’s features changing, particularly in the final chapter, and while the battle scenes meet expectations, there’s been a lot of set-up for little pay-off.

Pavitr managed to garner Marvel a fair amount of positive publicity when announced, but wasn’t a success in India or English language titles. He’s next seen in Spider-Verse, over a decade later.