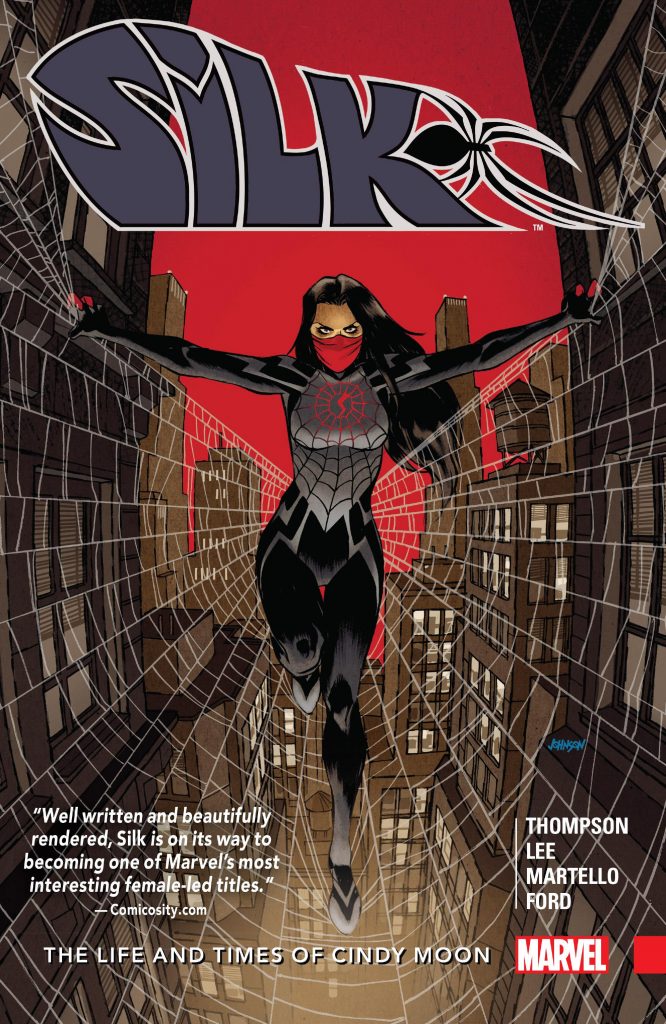 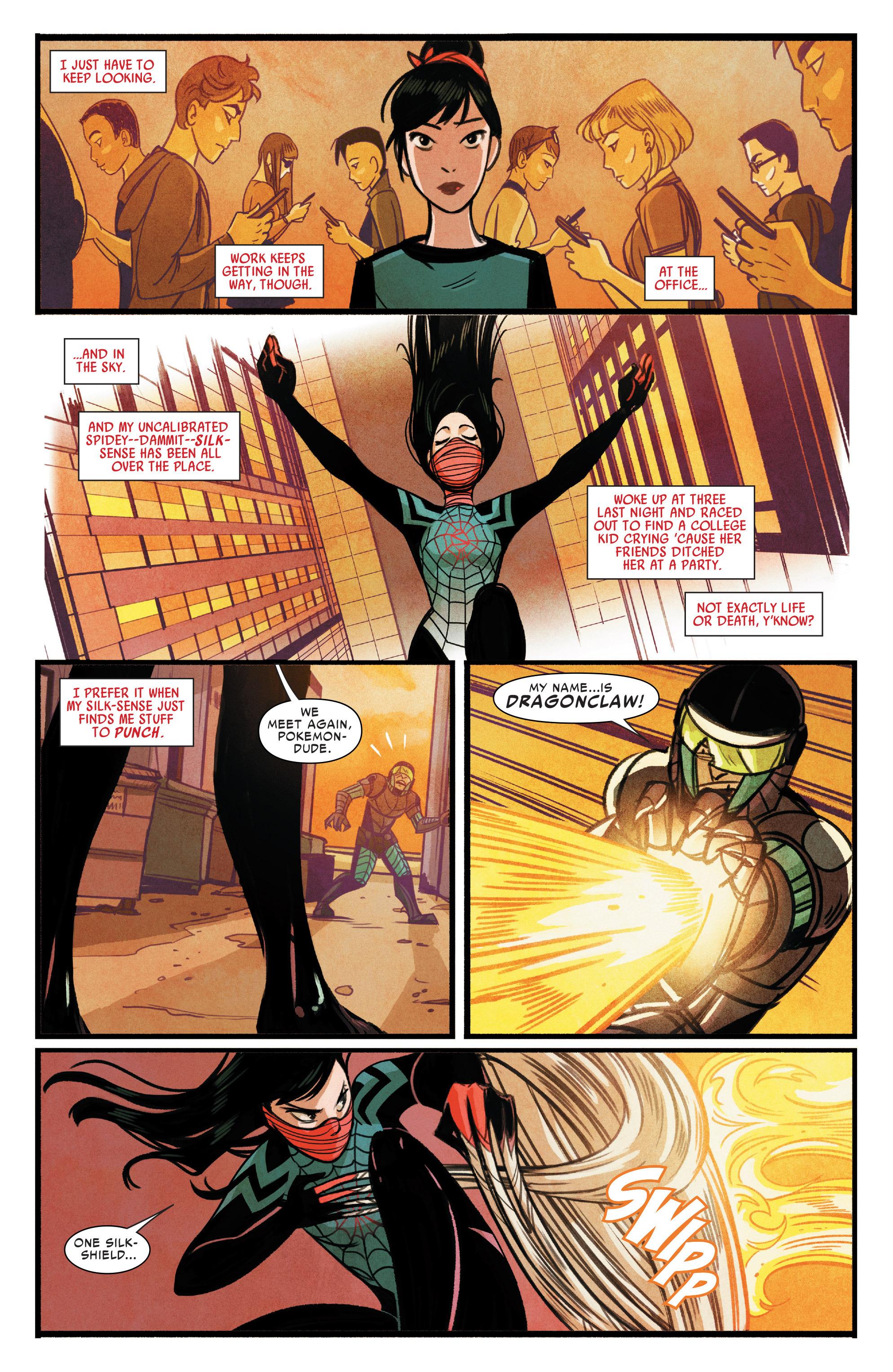 Silk may have only made her début in 2014, but the back story concocted by her creator Dan Slott cleverly embedded her in the Marvel Universe long before that, back to the time when Peter Parker was first bitten by a radioactive spider. The same spider bit Korean American student Cindy Moon shortly afterwards, but in a misguided attempt at protecting her from an alien predator she was locked out of circulation for a decade. Released during Spider-Verse, it’s to a world alien to her in many ways and from which her family has disappeared. In her favour, as well as powers that differ slightly from those of Spider-Man, she has a perfect memory.

The sense of loss gives Cindy Moon a melancholy that Robbie Thompson employs well in setting her character, as he splices her generally happy years before being imprisoned with her current searches for her family. The personal vulnerability contrasts the efficiency of her superheroics, during which an often unconventional solution ends a situation. Thompson’s also good in defining the characters he uses to bounce off Silk, dealing personalities in shades of grey rather than in black and white.

As Stacey Lee draws most of the book, her style defines Silk. Her action pages have a kinetic flow induced by her habit of slashing the panels diagonally instead of presenting them straight, and there’s a scratchy manga style to them. It serves to give Silk a unique look, to make her pages stand out from the crowd. Lee’s even better when it comes to the scenes without the costume, her poses conveying a young woman far from sure of herself and rather lost in the new world. Tana Ford’s final chapter brings Sam Kieth to mind in places, and Annapaola Martello’s episode guest stars the Fantastic Four, whom she has trouble keeping consistent. That apart, she has an efficient way around the needs of the strip.

The more time passes, the more the ending to the book will seem strange and enigmatic. Basically, it’s the end of the world, but that doesn’t matter because the world as restores leaves Silk pretty much as is, and her story continues in Sinister. 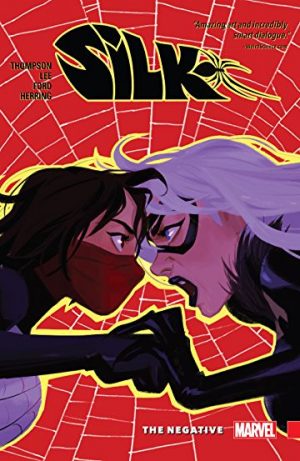 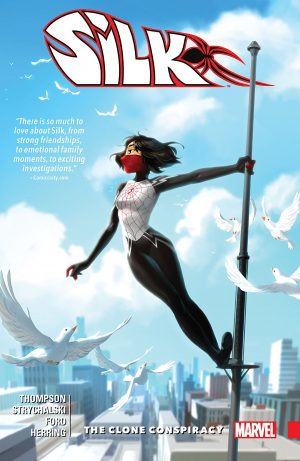