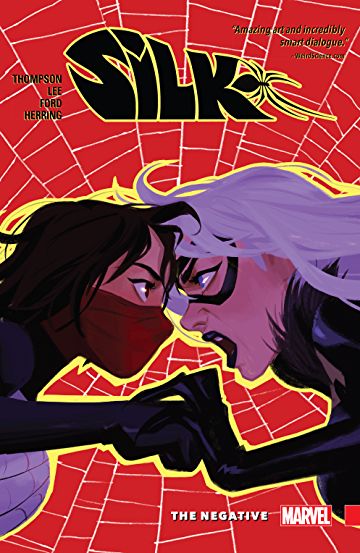 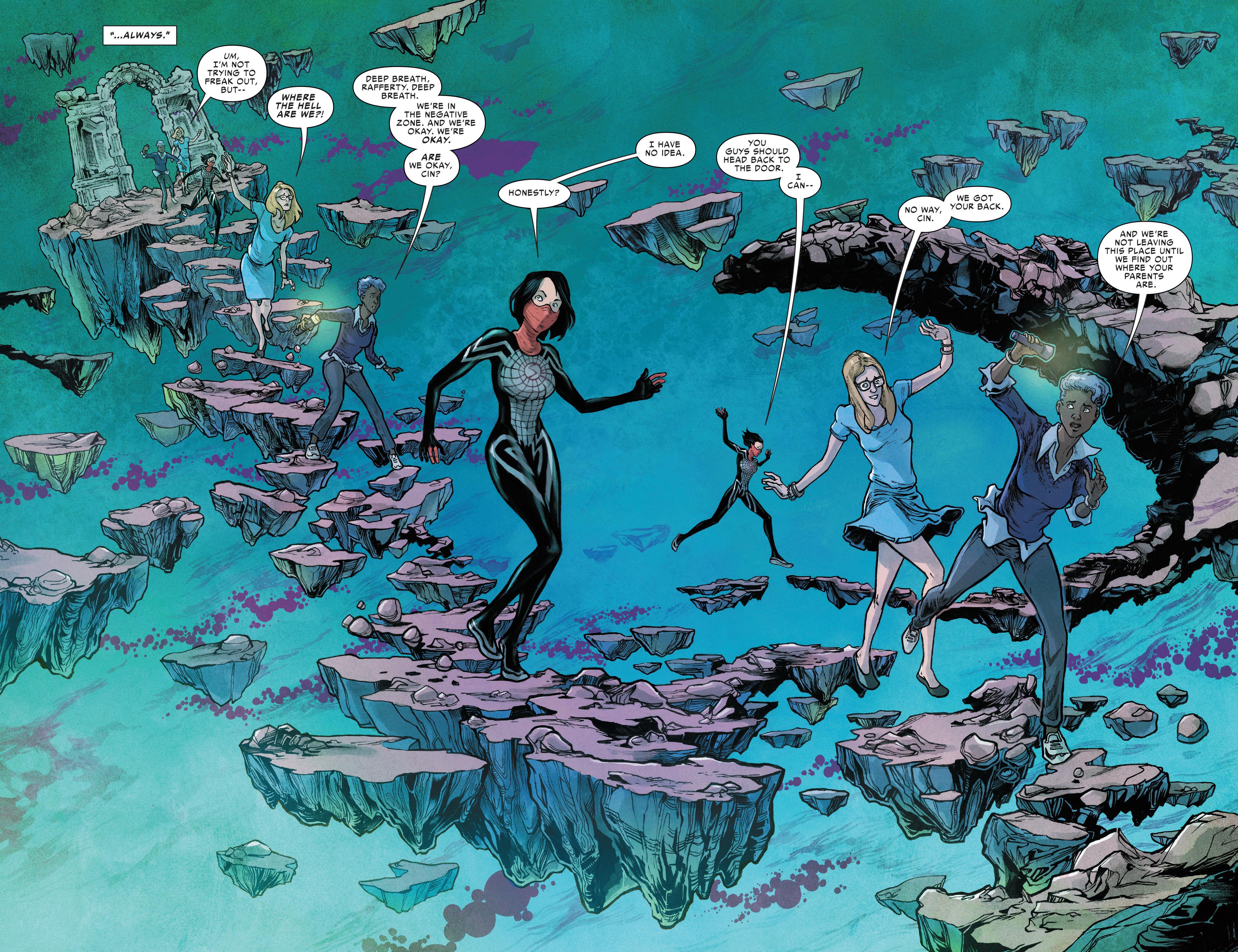 You can head here directly from Sinister, but there’s also the diversion of Spider-Women. If you’d prefer to give that a miss Robbie Thompson and Stacey Lee provide all the required background information over the opening pages. Silk has been working undercover for S.H.I.E.L.D. in the Black Cat’s criminal organisation, and the Black Cat is convinced Silk has a talent for breaking into very secure properties. She doesn’t. Neither is she very sure about where her loyalties should lie. That’s because Thompson presents the cast so convincingly. Everyone pulls Silk in a different direction, and all of them have a fair point that both she and the readership can sympathise with.

The Black Cat occupies the first two episodes, after which attention heads back to Cindy Moon’s over-riding purpose of trying to locate her missing parents. Thompson makes a wild turn into left field with this plot, treading entirely new ground for the series, yet it’s all the better for the unpredictability. The one element that seems to have no purpose concerns the mysterious person who helped Silk out on a couple of occasions during Sinister. Their identity is even by superhero comic terms a little too contrived, and after that revelation they just fade away. They return in the following Clone Conspiracy, but it’s rather a road bump here.

After an opening chapter by series co-creator Stacey Lee, the remaining art is the work of Tana Ford, who has progressed considerably since her earliest work in The Life and Times of Cindy Moon. While the delicacy of her style remains, her layouts are more conventional, there’s a greater variation to the viewpoints she employs, and she’s become stronger at conveying personality via facial expression.

For what’s been an upbeat book with a lot of resolutions, the ending will come like a punch to the gut, and that’s good plotting.