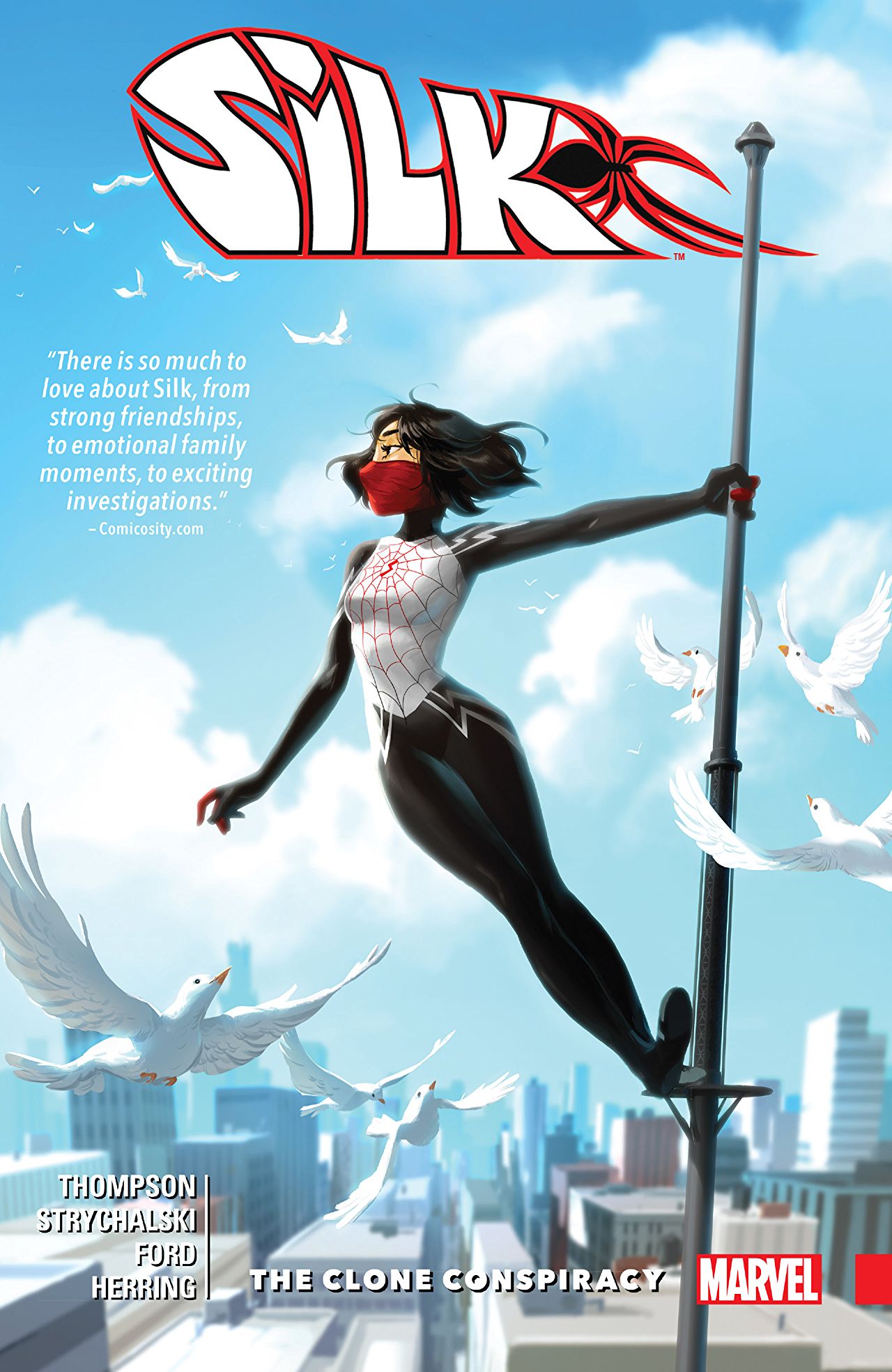 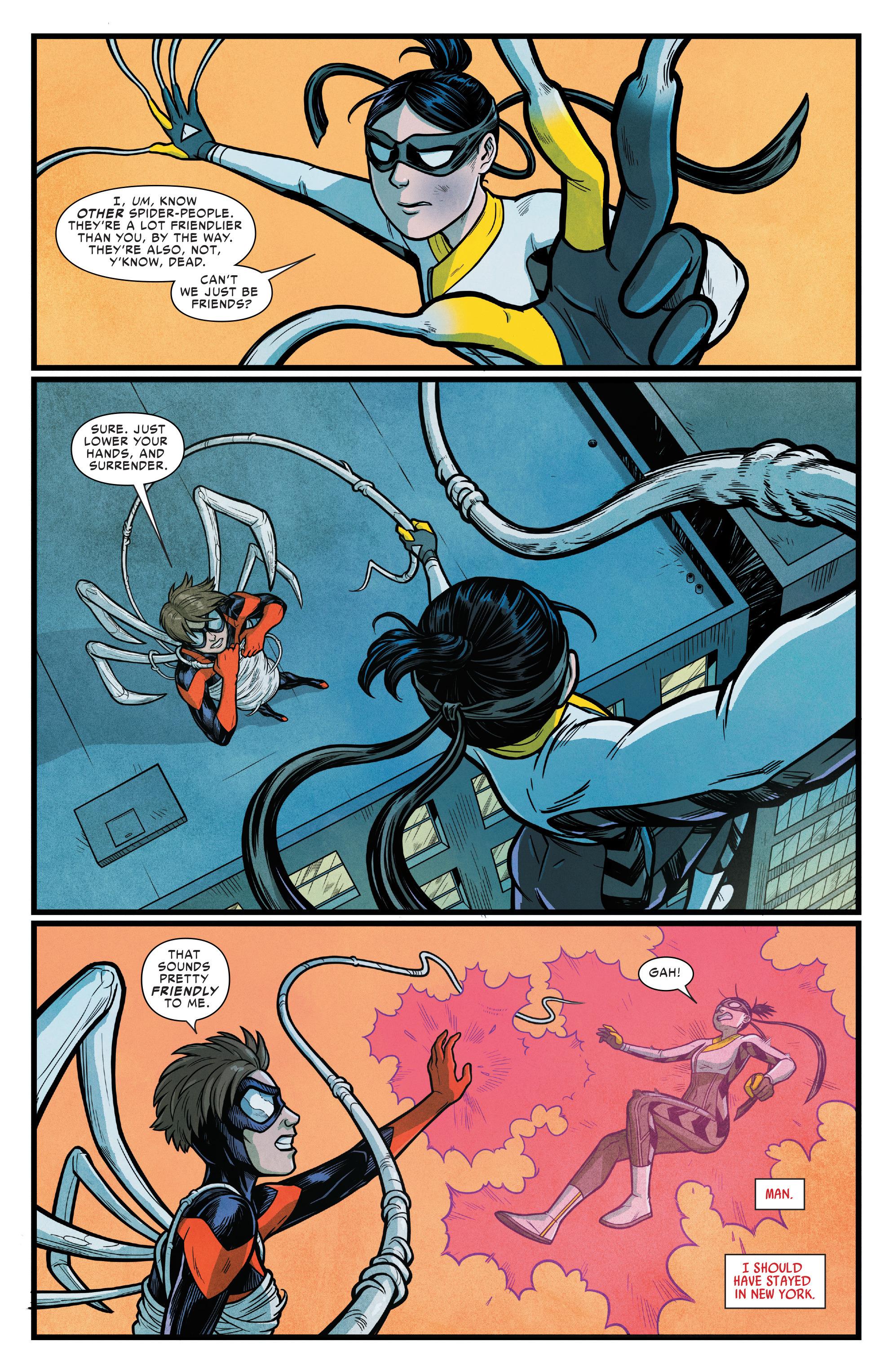 Pretty well everything was hunky dory in Silk’s world at the end of The Negative. Well, at least as far as she knew, as the ending provided rather the shock for readers. The status quo shifts pretty quickly as Cindy’s called out to San Francisco by her boss J. Jonah Jameson, who’s in supernaturally good spirits. The reason for that ties into the title, which was applied to a volume of all characters in the Spider-Man family, all of whom experienced the dead returning to life, but as clones.

Regular writer Robbie Thompson has some leeway within the larger plot, and most of this volume is a cohesive read requiring little knowledge of the events elsewhere. His neat touches are present and correct, exemplified by Silk assuming a precautionary new costumed identity just in case someone makes the connection between her presence on the West Coast, and that of Silk. He also benefits from the overall theme of Clone Conspiracy feeding directly into much of what Silk’s been about to date, attempting to recover missing family members. It puts Silk in a very awkward place, as how can she deny others the same gratification she’s recently experienced?

New artist Irene Strychalski fits right into the look established for the series, which is all the more remarkable for her art being heavily Manga influenced. The characters are frequently wide-eyed, and everyone seems youthful. As drawn by Tana Ford over the final two episodes you’d not know several of the cast as the same characters.

Ford’s work is, in effect, the season finale, drawing together all the series plots, and it’s surprising that the final chapter is actually disappointing. It may be that Thompson had by then lost interest in what he’d been told was a cancelled series, but while his plot ties everything up, it’s also the nearest Silk has seen to a going through the motions standard superhero story. The revelation ending The Negative was always going to be difficult to reconcile with the series as a whole, and it can be emotionally justified, but the lack of space available to deal with it results in a let down.

Thankfully that’s not applicable to the remainder. Despite the sense of melancholy and anger affecting Cindy Moon from the outset, a lightness of touch has always characterised the series under Thompson, and that continues until almost the end.