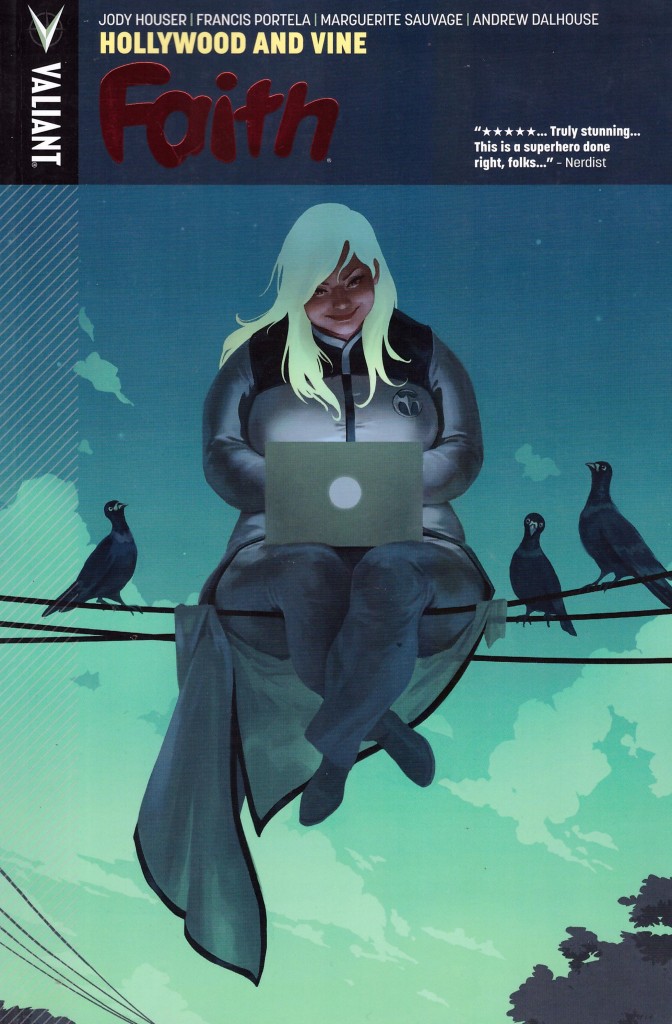 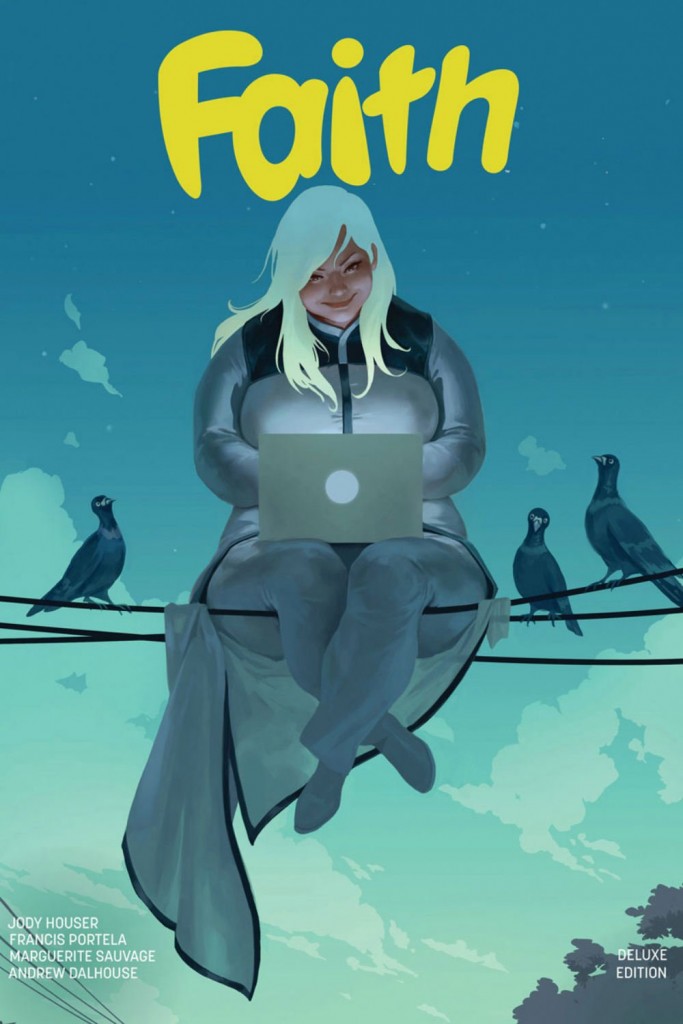 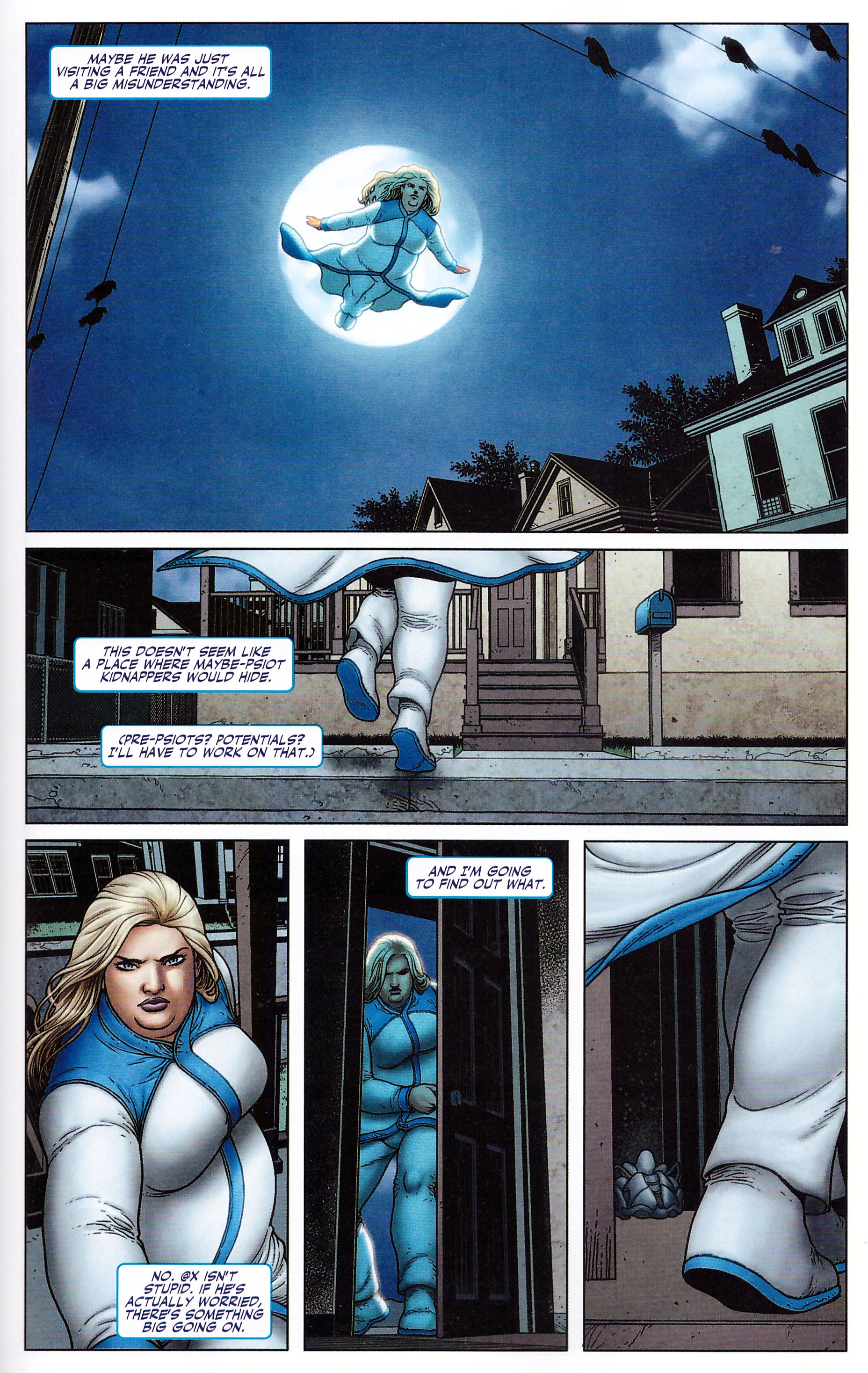 Faith Herbert to the point of this graphic novel had been a mainstay of Valiant’s Harbinger title. She was created by Jim Shooter for Valiant’s original 1990s incarnation, and remains a relatively unique superhero, not due to her powers (flight and telekinesis), but due to her personality. There’s a self-referential aspect in her geeky nature resulting in a love of comics, and she is considerably overweight.

Hollywood and Vine begins as Faith strikes out on her own investigating the fate of missing Psiots, which is what Valiant label those with inherent super powers, presumably on the basis that ‘mutant’ already has a high profile. She combines this with working for the celebrity section of Zipline, a website that generates income via hack and slash pieces about celebrities being forwarded and shared. Unfortunately their prime current target is Faith’s ex-boyfriend Torque, now star of his own reality show.

Jody Houser has a light and subtle touch with characterisation. Faith is likeable, determined to succeed on her own terms, but with definite misgivings about her career path, and her supporting cast are similarly rounded, although not all likeable. There’s also the feeling that she’s embedded in a modern world that doesn’t always come across in superhero comics. It’s constructed not just from her job, but communication, the surrounding villainy and the assorted entertainment strands incorporated into the script. Yes, as has surely been pointed out elsewhere, there’s more than a hint of Bridget Jones about Faith’s personality and predicaments, but it’s a veneer applied with charm and one that works.

There are two strands to the art. Houser separates the ongoing narrative from the fantasies Faith has concerning how her life might proceed, or how a coming encounter will play out. It’s a viable personality insight differentiated by the art of Marguerite Sauvage, who rarely uses distance as an artistic tool, and the colouring adds a softer focus. The artistic heavy lifting is by Francis Portela, who has a more naturalistic approach that works both with the superhero sequences and Faith’s civilian life.

Houser ties what appear to be unconnected plot strands very deftly, as she heads towards a finale fraught with tangled emotions, but the genial atmosphere of the story as a whole prevails. This content was intended as a one-off, but Faith proved popular enough to continue, and California Scheming is the next volume.

There’s also a deluxe edition hardcover that’s oversized and therefore presents what’s very good art in a larger format, and includes a fair amount or extra process pages. Also included is Faith’s first solo outing by Joshua Dysart and Robert Gill. This picks up from the end of the Harbinger: Armor Hunters story with Faith and Torque returning home, and is interspersed with moments from her past. It’s a nice character study, but not worth buying the hardcover for alone.