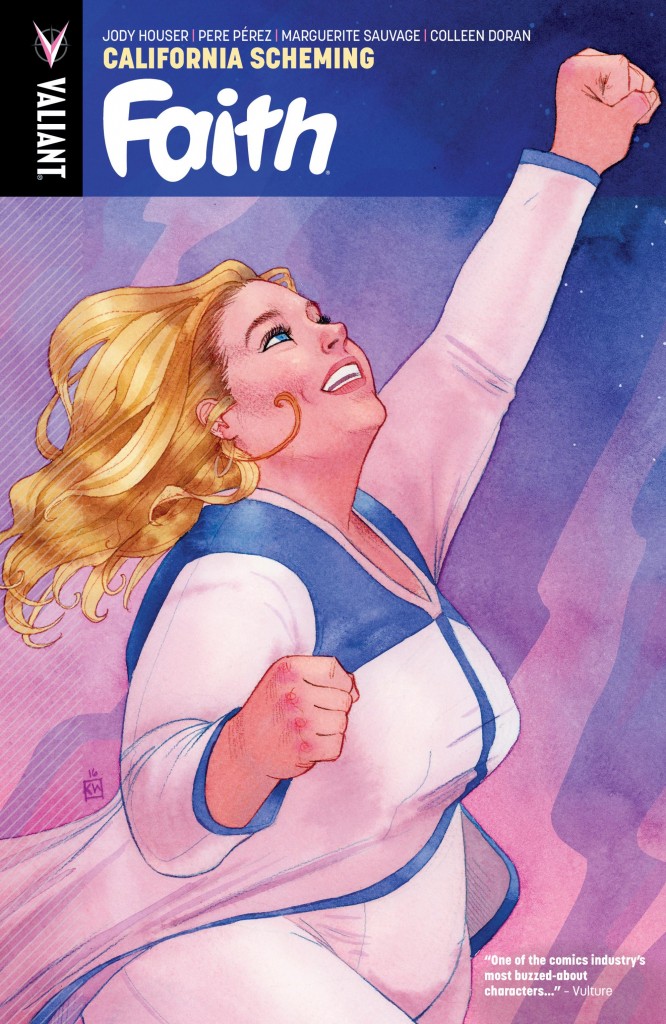 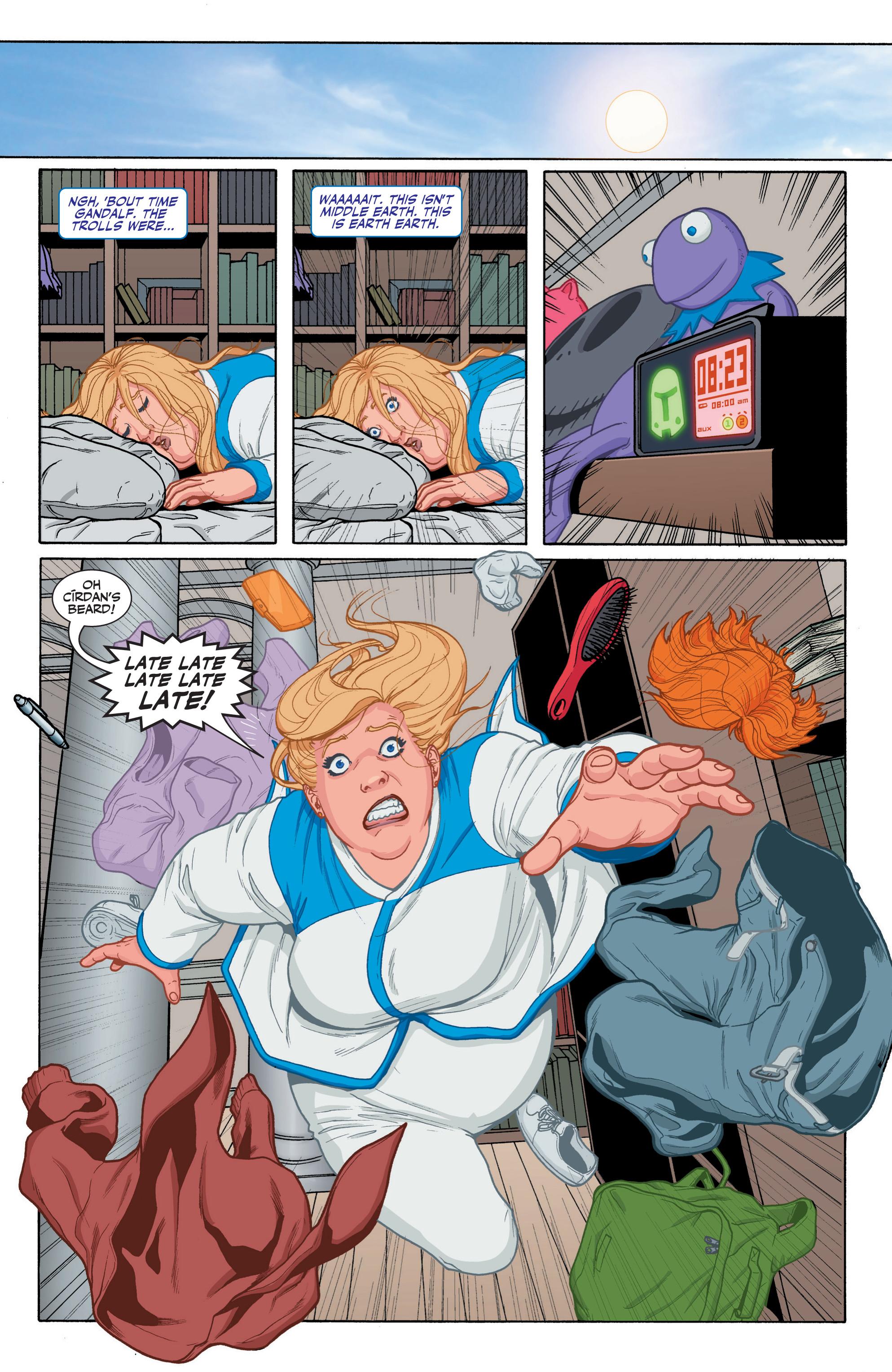 Why mess with what’s already been done right? Jody Houser’s first outing with Faith Herbert, Hollywood and Vine, was a touching portrait of a geeky young woman with super powers striking out on her own. Not everything went to plan, yet it worked out as Faith’s fantasies were contrasted with the real world. Houser continues where she left off.

A single change has been made to the creative team. Valiant’s policy of artists working in four episode sequences generally prevents deadline drop-out, but it’s also continually disappointing to see an excellent artist leave. Credit to Valiant, however, as their successor is usually equally accomplished. Such is the case with Peré Perez replacing Francis Portela, and the disappointment is mitigated by Marguerite Sauvage still being on hand to supply the fantasy sequences, and Colleen Doran chipping in to supply Faith’s origin.

Being clued up on all matters concerning superheroes, Faith is a big fan of Chris Criswell, who portrays them on movie screens and now wants to meet her. She may fantasise about how the meeting will go, but hasn’t come near to addressing the reality.

As previously, because the series is titled Faith rather than Zephyr, Houser continues to focus on Faith Herbert as a character, with the super-powered interludes more a distraction to her ongoing life than anything she actively pursues. There are villains, but the joy is in reading about Faith and Armstrong at a sparsely attended Comicon and her interaction with her work colleagues at the celebrity-oriented website.

Some elements are left hanging to be picked up in the following Superstar, but Faith continues to be a likeable series about a likeable character.