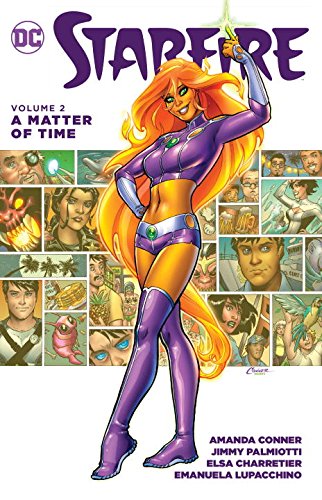 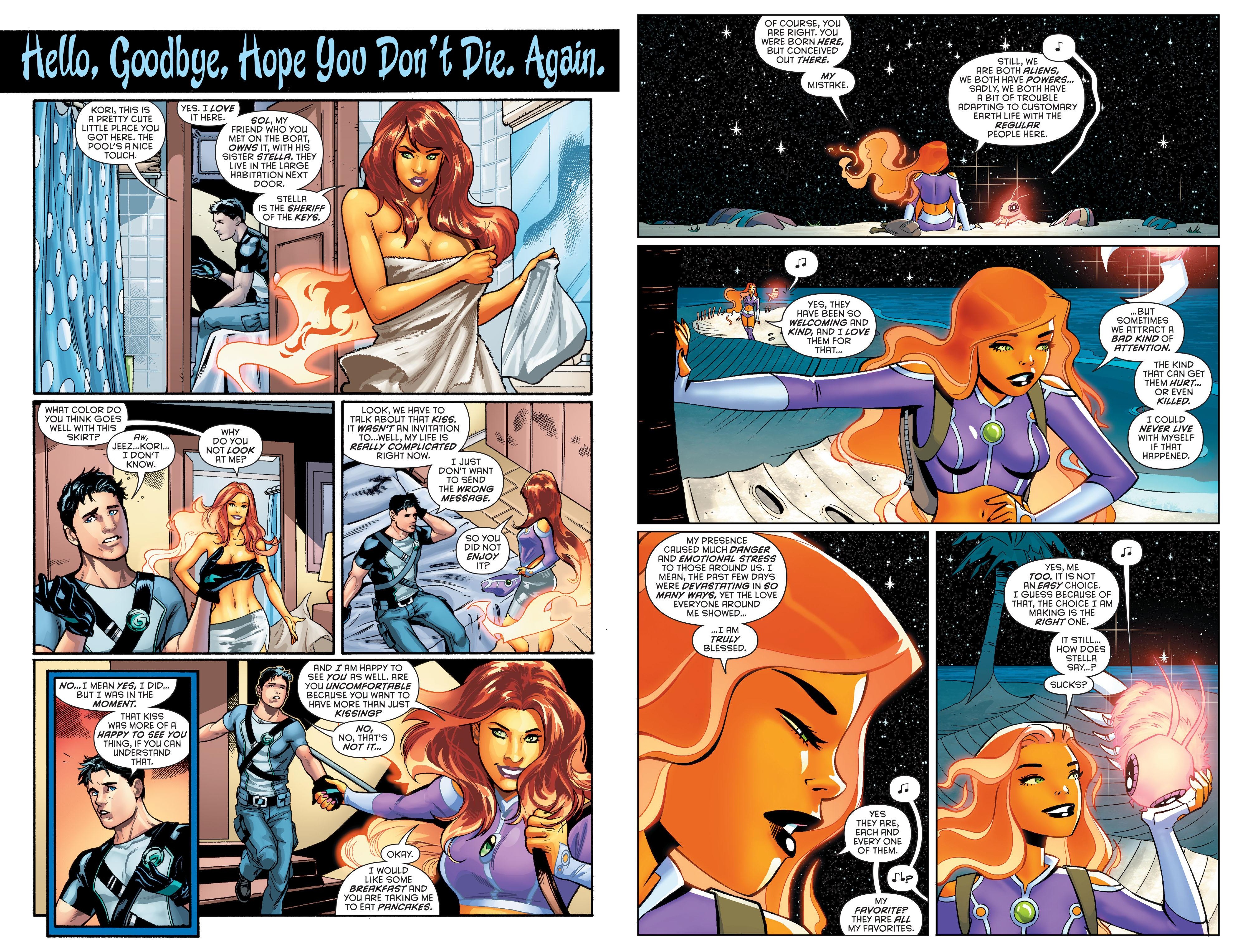 Writers Amanda Conner and Jimmy Palmiotti reconfigured Starfire not as a superhero title, but as a modern day chick flick romance and friendship series with the occasional superhero interlude. The manifesto was lucidly presented in Welcome Home, and continues in A Matter of Time.

The writers tread a fine line of political correctness in making much of Starfire’s physical attributes, but in a 21st century manner rather than the somewhat sleazy presentation of old. This is possible because Emanuela Lupacchino is a stunningly talented artist under whose watch absolutely everybody is gorgeous. She conveys this not via porn star style poses, butin  an everyday figurative fashion. Of course, the weather being swelteringly hot in Florida leads to a certain style of dress. The combination of her art and sitcom style scripts brings to mind the hyper-realism of something like Friends, and we all love Friends, don’t we?

However, just like Phoebe’s dimness was often over-played in Friends, so is Starfire’s naivety here. It’s as if there’s been a reset button on her previous career, and having former boyfriend Dick Grayson from that time drop by here emphasises that. It’s a one note joke carried too far, but at the mid point abruptly toned down. The other recurring joke is that alien Princess Kori can’t understand the human fixation with keeping bodies covered.

If there’s a single chapter exemplifying the series as a whole it’s the mid-point when Kori and two friends have a relaxing drink and gossip session in a bathysphere gradually sinking to the bottom of the Everglades. Known foes are peremptorily dealt with, unknown foes await the next chapter, and the bulk of the episode is just friendly chat. That it’s so charming means the writers have done their job in crafting the personalities. Unfortunately, by that point the art is being produced by Elsa Charretier. She’s a cartoonist, and a very good one, but it shifts the look of the series away from the previous naturalism, and she’s neither as delicate nor as good at conveying emotions visually.

The writers keep throwing in new characters and situations that keep Starfire from becoming stale, and they appear to have been introducing aspects for the long term, but apparently only ever committed to a dozen episodes, and A Matter of Time is the finale. That being the case it’s a very rare application of relatively new and interesting ideas to a property that’s not creator owned, which is admirable. In case you’re wondering, the title has several references over the course of the book, with the most interesting connected with the lifespan of a randy partygoer.

If you’ve always enjoyed the character and soap opera aspects of superhero comics more than the action scenes, Starfire’s pair of graphic novels are definitely worth investigating.