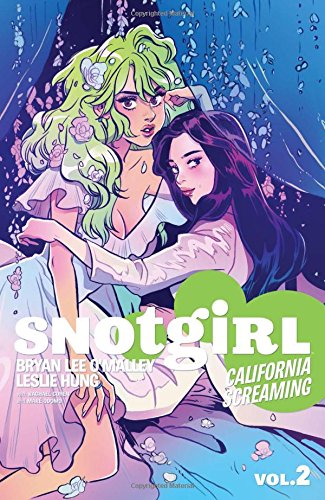 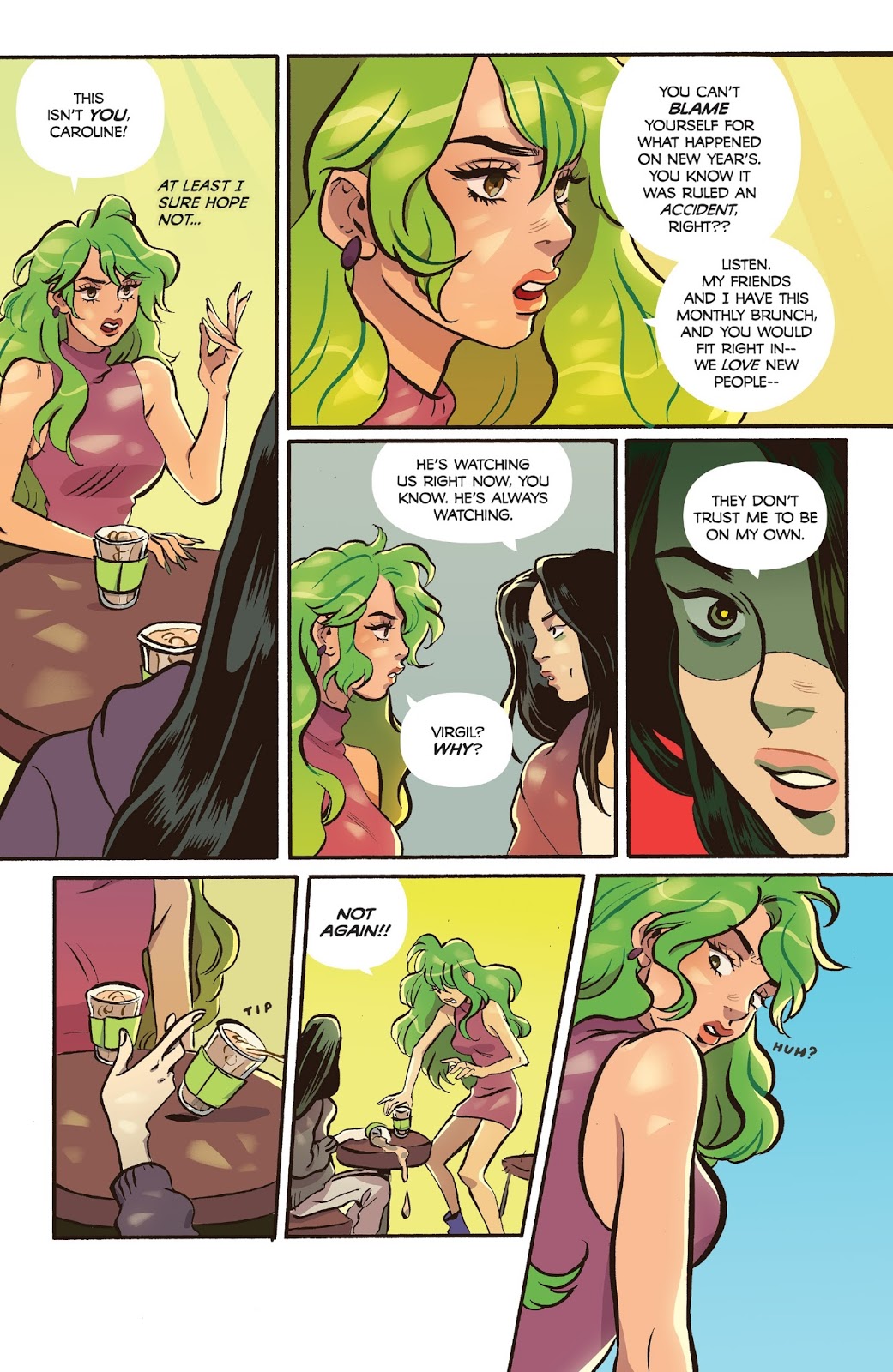 As protagonists go there has been little likeable about the shallow and self-obsessed Lottie Person, fashion blogger, and as continued graphic novels should, Green Hair Don’t Care ended on one hell of a cliffhanger. That was after delivering a careful character study by reflecting the person Lottie might have been had she stayed in her shell instead of carving her own path, and the person she could be if she suppressed all finer characteristics to become completely self-absorbed. She is attracted by this personality as exemplified by Caroline, labelled Cool Girl by Lottie, continuing her habit of referring to everyone by the way she sees them.

Lottie’s not the centre of California Screaming until the final chapters, despite being heavily featured, as Bryan Lee O’Malley introduced a large cast that continues to grow, and now shows us men every bit as conceited and objectionable as some of the women already introduced. Most dramas induce their seat-squirming moments by tension, the possibility that someone is going to be harmed, but O’Malley’s equivalent is via overbearing and obnoxious people, or ghastly misguided aspirations of young women. One character revels in the prospect of forthcoming plastic surgery to make her more closely resemble someone else, others conceal their damage by prioritising a shifting surface personality. Snotgirl is car crash comics, brilliantly presented in a largely non-judgemental manner that constantly challenges the reader’s preconceptions about what’s acceptable. Lottie is beginning to re-evaluate her life and behaviour, as O’Malley begins to investigate the consequences of revealing an entire life online.

Once again, Leslie Hung has to switch between normal character interactions involving what are supposed to be glamorous people, and some horrific events, which she also gives a surface glamour. It all feeds into questions about what’s acceptable. Is a death more tragic when the corpse is beautiful? Or young? So much of Snotgirl is about our attitudes. If Kim Kardashian was revealed as a murderer would it dent her popularity?

Snotgirl is an extremely satisfying read, not just because it constantly prods at preconceptions, although that’s a large factor, but because it’s so well written beyond that. It might have been thought that the first responsibility of an author would be to update on the cliffhanger ending of Green Hair Don’t Care, but in the opening episode O’Malley instead strings readers a fine journey, playing a joke to begin it, and casually dropping the truth to end it. Like so much else in Snotgirl, it’s clever writing that teases before rewarding. The one element that doesn’t quite ring true is Lottie’s continuing obsession with Caroline. Mysteries remain about her, but Lottie’s seen more than most, yet still seems infatuated and open to manipulation.

Regarding the deaths taking place, we’re led to believe we’re being told who’s responsible, and a big hint in the final pages appears to confirm who that is. Is it definitive, though? We’ll find out in Is This Real Life?