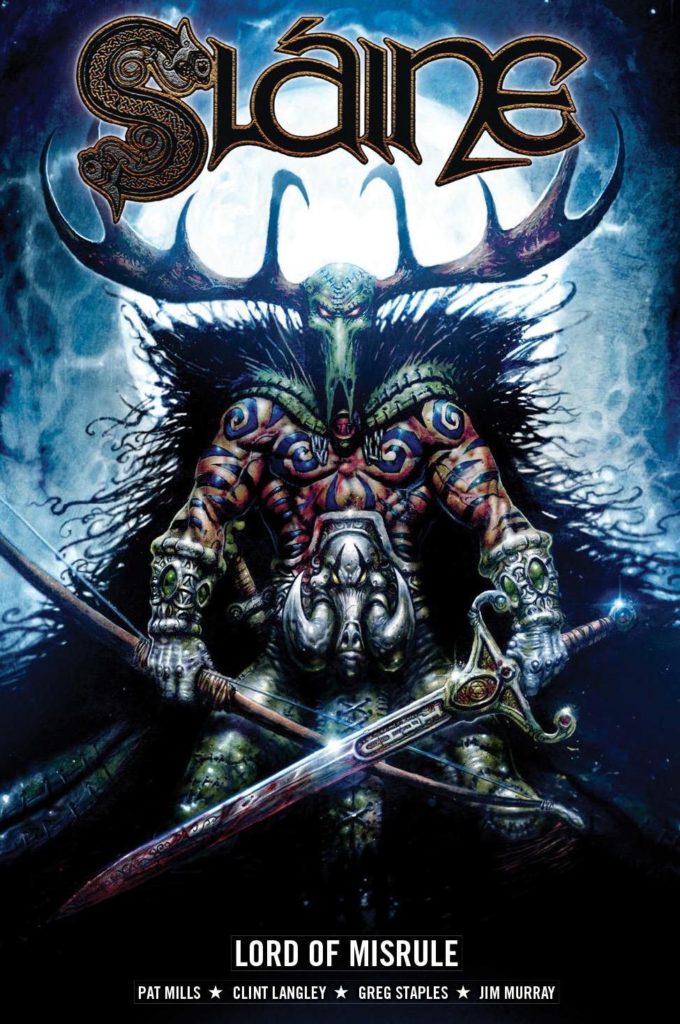 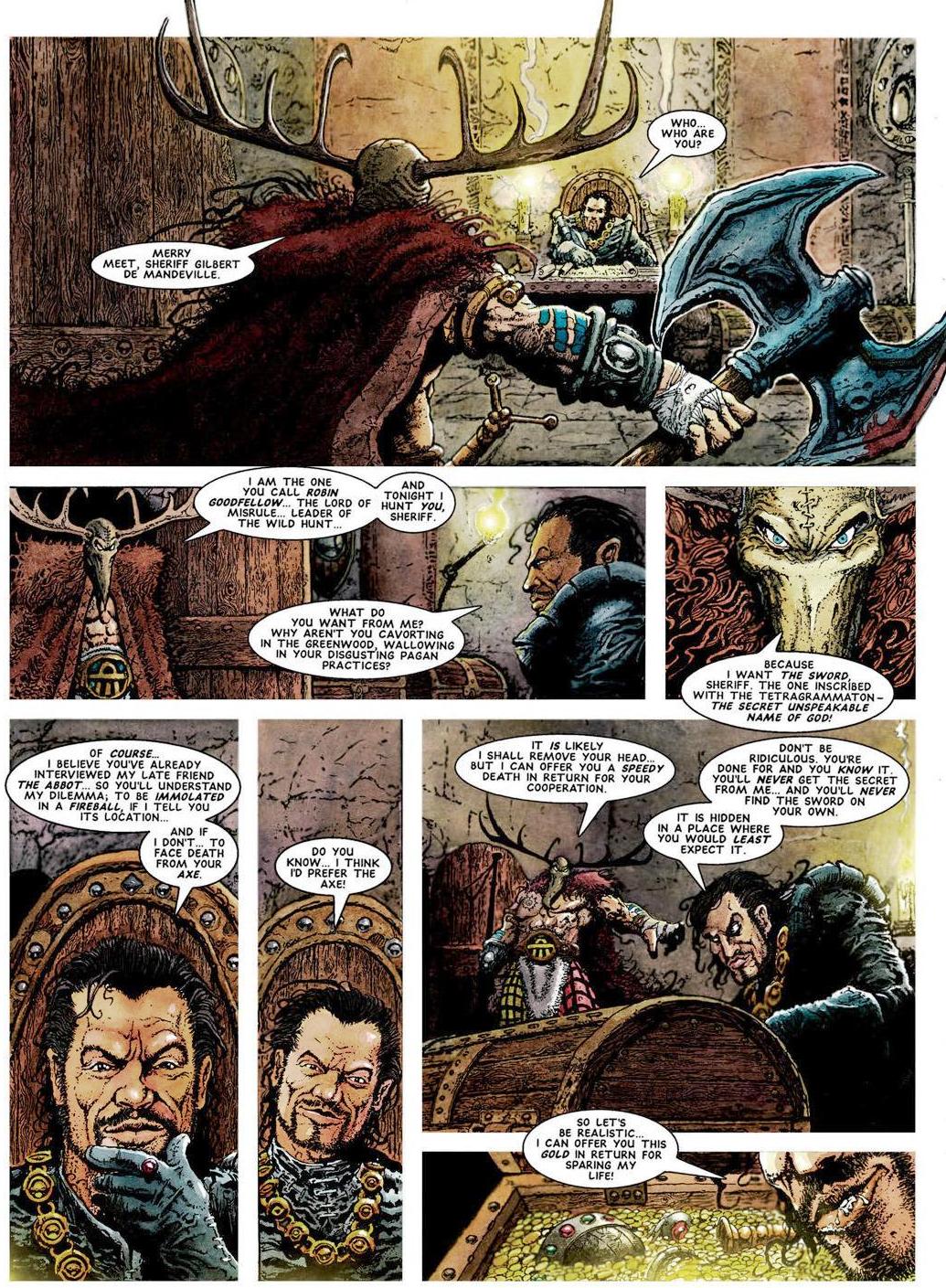 Since the end of events in The Horned God and over the course of Demon Killer Sláine and his companion Ukko have been travelling through time as and where the Goddess Danu sends them. This time they find themselves in Britain circa 1108 ad and Sláine has to take on the incarnation of Robin Goodfellow, a pagan figure in a cult now facing oppression from the largely Christian Normans. His task is to find the Sword of the Blood God but there are distractions. In the Celtic religion life is lived many times in many guises so when Sláine meets reincarnations of people from his past life, does he choose true love or duty? And then there are the many enemies Sláine has made and killed, unbound by the confines of time or space yet eager for vengeance.

There is no doubt that Simon Bisley’s art in The Horned God brought Sláine to the world’s attention but there was an unintended side effect. Despite creator Pat Mills writing some cracking storylines many a following artists (not all as it is obvious that Glenn Fabry rose to the challenge) imitated Bisley. How that has an adverse effect is more noticeable in a collection (read Demon Killer) than it would have been in its original publication schedule within the weekily pages of 2000AD in the early 1990s.

Sláine: Lord of Misrule introduces a welcome freshness to the art. Greg Staples retains the strong European influence for opening tale ‘The Name of the Sword’, employing more detail and eschewing garish colours in favour of a monochrome appearance. The art becomes more impressive as it improves and when he does use a bright colour it makes a beautiful statement. Clint Langley (sample) breaks completely with Bisley’s style on the title story, his Sláine debut, inspired more by Massimo Belardinelli’s ‘Beast in the Broch’ (see Warrior’s Dawn). Rough, edgy and lacking the refinement present in Staples’ work, it is much brighter with an emotional energy missing from Sláine since Bisley’s work. It’s art in development, though. Compare the pages to some of Langley’s work in the gallery tucked away at the end of the book and you can see how he developed by The Books of Invasion years later. Despite the inexperience he’s confident, embracing his imagination to stamp his own interpretations on Sláine warp-spasm. Jim Murray adds photo realism blended with cartooning to comedic tale ‘The Bowels of Hell’ where Sláine and Ukko discover Egyptian priests conning rich people out of their money. It’s short and sharp, Murray doing some fine work on a mutated hound.

No one can accuse Pat Mills of ever being short on ideas, and he takes inspiration from many sources. What makes many of them of them work so well are his interesting explorations of human psychology. ‘The Name of the Sword’ in particular drips with melancholy, though feels stilted due to the episodic nature of 2000AD’s publication schedule, often hiccupping from scenario to scenario. Of note here is his chemistry with Langley, his writing much better and blending with the art for a wonderful story as confusing and enthralling as the Celtic legends that inspire him.

This isn’t the grand spectacle of The Horned God, but that is about to change. Sláine returns in Treasures of Britain, a cracking tale high in both writing and illustrative quality to rival its predecessor.