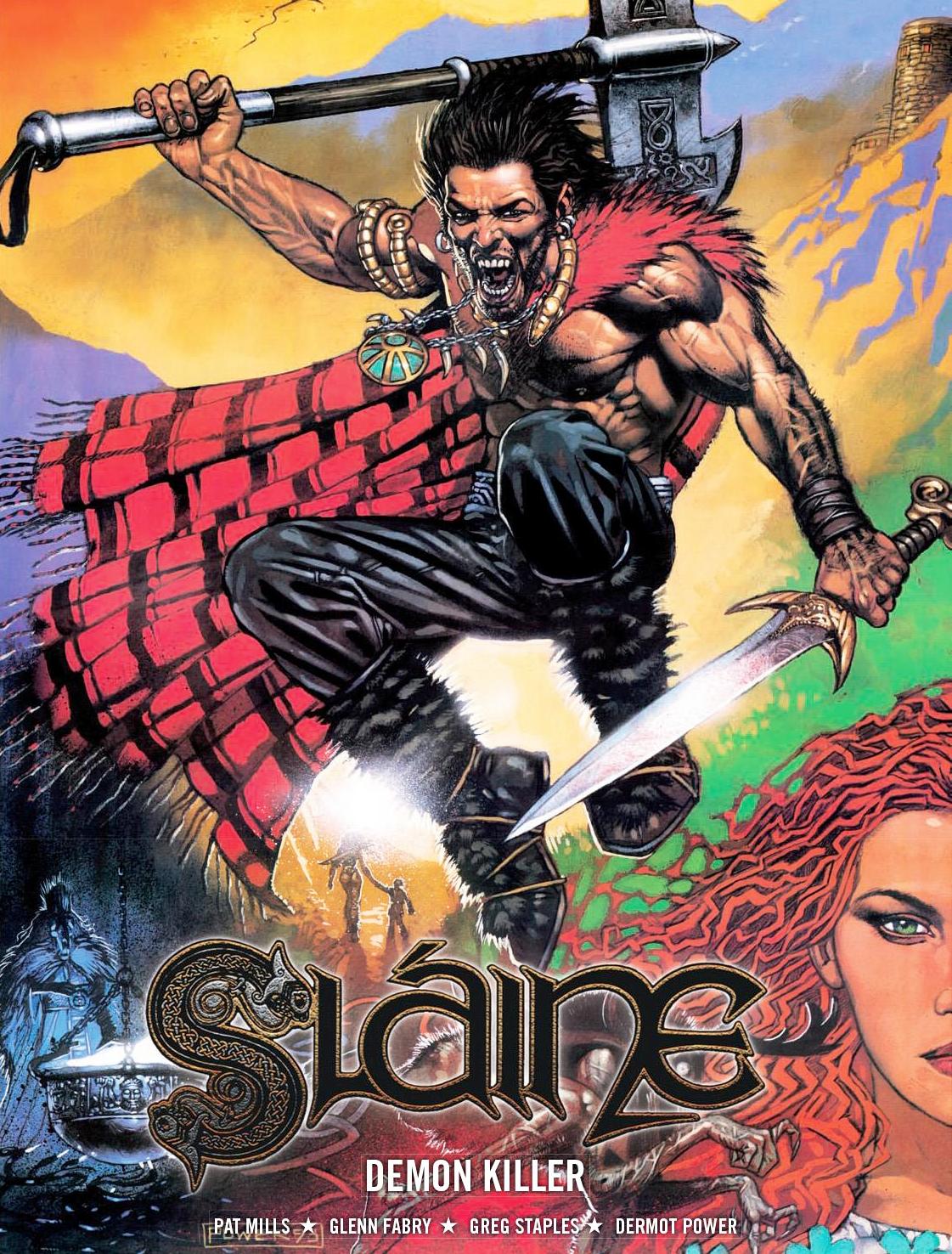 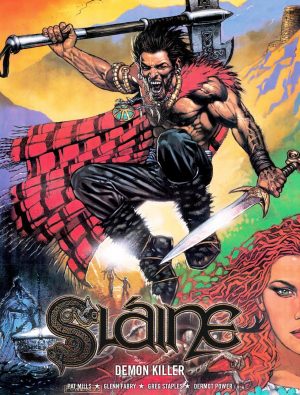 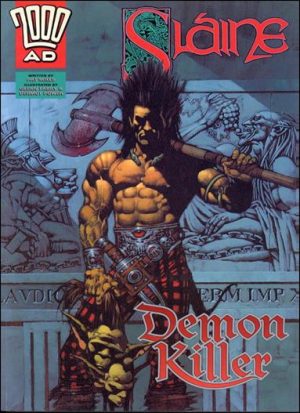 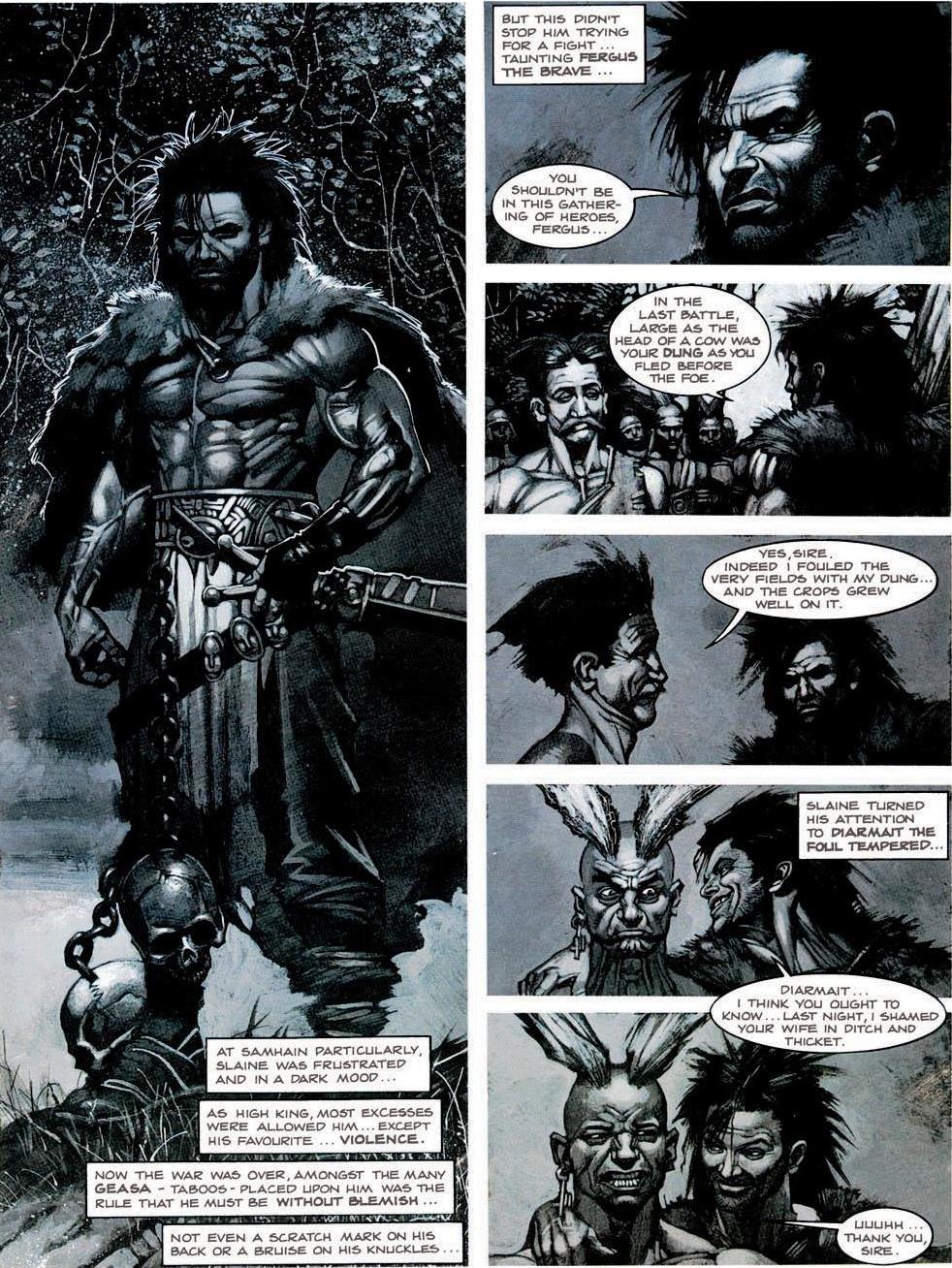 In 1997 a short lived TV show starring a pre-Hollywood Heath Ledger attempted to capture the mysticism of the Irish and Celtic mythological cycles. Roar only ran a few episodes before cancellation, though the premise was good ensursing it retains a cult following. The simple reason it didn’t work is that unlike Norse sagas or Greek myths, the Celtic cycles are bloody difficult to interpret. Non-linear in pattern, and not conventionally heroic in the same way as its compatriots, these sagas arguably suffer more from imperialistic reinventions to make them more palatable. Empowering women to end marriage when it becomes abusive is a revolutionary idea that is ideologically compatible with the 21st century, but evidently still pisses off the patriarchy.

Unlike Roar, Sláine has bucked the trend and achieved an enviable longevity. In part it’s because he has remained firmly rooted in the visual medium of comics, but also because with very few exceptions Pat Mills has been the series’ only writer. This enables him to drive his vision for Sláine’s world in the right direction, his commitment to researching the historical elements adding a realistic heft to his cast and story. Historical events are explored through a human lens and thus free of an imperial narrative.

For example, his Boudicca intrigues and becomes more interesting when seen from her relevant Celtic viewpoint (‘Demon Killer’/‘Queen of Witches’). Artistically it stops shy of the European approach to nudity, dignity preserved by strategically placed limbs, locks of hair and weapons. That Glenn Fabry’s work (sample art) is now in color heightens the experience and enhances tales like ‘The High King’ and ‘Demon Killer’. Gory and fabulous, his style also enforces Mills’ sympathies towards an egalitarian society where women have influential roles. Greg Staples and Nick Percival imitate Simon Bisley’s style from The Horned God on ‘The Jealousy of Niamh’, more detailed than Bisley’s work, yet evocatively colored. It feels cluttered in places, dark shades making it hard to follow but credibly catches believable relationship dynamics.

Dermot Power illustrates ‘Queen of Witches’, ‘The Return of the High King’ and part of ‘Demon Killer’. Mills’ story has a nihilistic streak that Power captures with his line of chaos contrasted by soft colors in the calm. The cast is stiff at times, though brilliant in close ups and the melee of battle. The narrative itself is infused with Mills’ political and religious views that fountain into outrage at the injustices of State and Church. If you have listened to or read his memoirs you’ll understand why, but it’s raw rather than measured which adversely affects the story, making it feel imbalanced.

Demon Killer as a whole has a varying breadth of style and quality, the winning formula being the outstanding story ideas and great interpretations of history. These offer a considered and well researched alternative, Mills infusing the stories with human emotion and behavior, something historians forget exists. The ideas no doubt irritate authoritarians, patriarchs and fundamentalists but if you’re familiar with anything else Mills has written, you’ll know he’ll likely consider that mission accomplished.

For avid fans Demon Killer marks the return of Sláine’s nemesis Elfric and also includes the Sláine Gaming Book illustrated by David Lloyd, providing decent black and white art. Lord of Misrule is next in the Rebellion publication chronology. 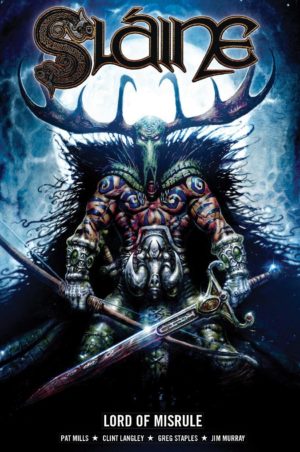 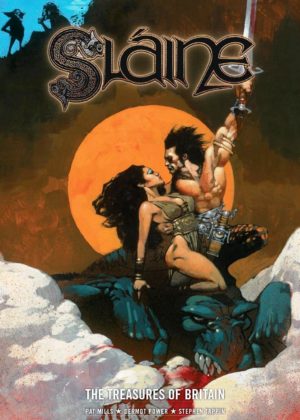 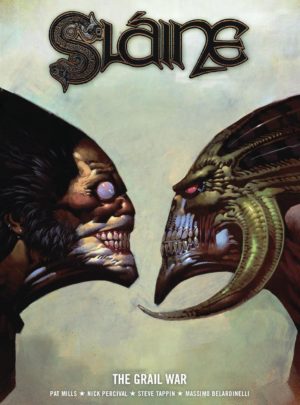 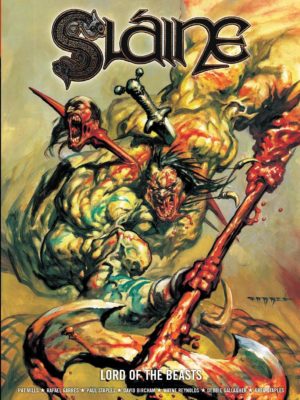