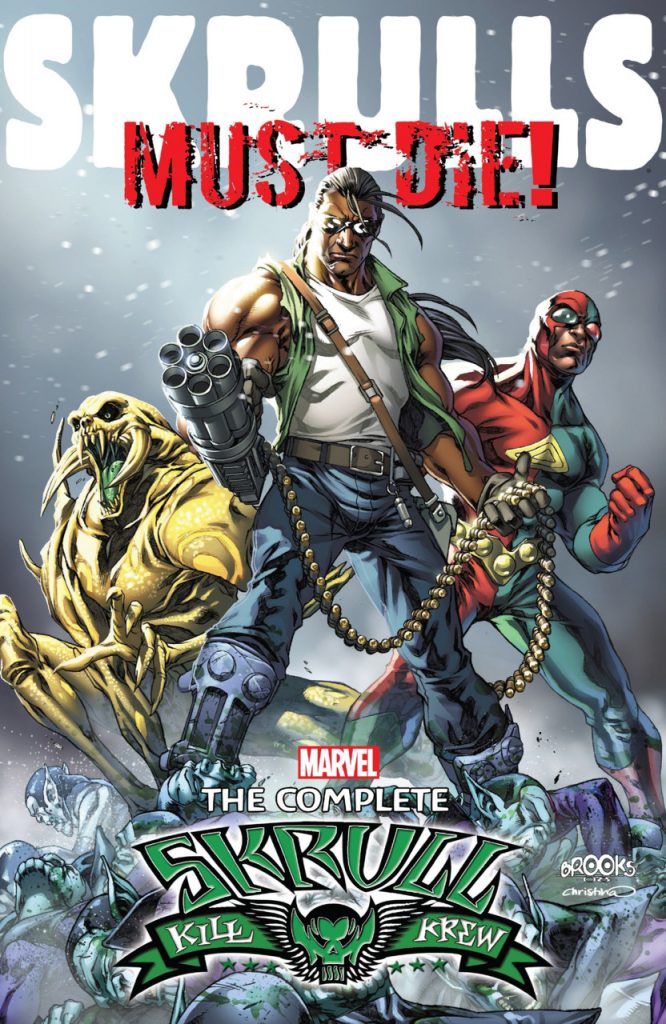 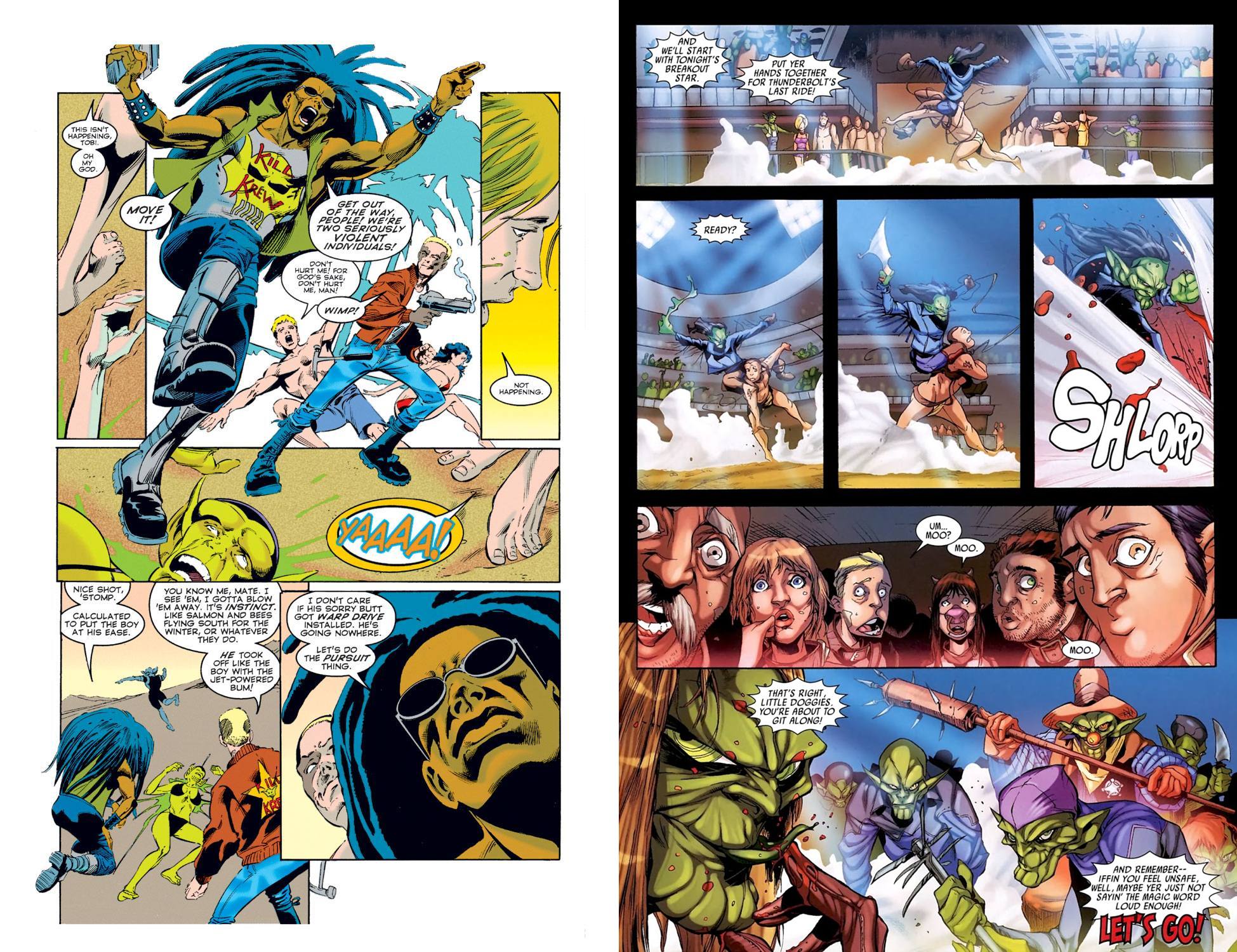 Shapeshifting alien race the Skrulls eventually became central to a major Marvel crossover, at which point interest picked up again in the 1990s Skrull Kill Krew. Skrulls Must Die gathers all their appearances, essentially three stories.

The writing team of Grant Morrison and Mark Millar came up with the idea of Skrulls infiltrating Earth and a bespoke team of Skrull killers able to see through their impersonations and, well, kill them. Their vision is over the top slaughter involving eccentric, not very likeable teen zeitgeists, a few Marvel guest stars and some funny set-ups. Stylistically it’s more 2000AD than Marvel, drawn by Steve Yeowell a little below his absolute best (sample spread left), but still good, and it says everything that’s needed in five violent, fun chapters.

With Secret Invasion the wider superhero community realised just how far humanity had been infiltrated by Skrulls, so the Skrull Kill Krew were taken a little more seriously. They added the 3-D Man to their ranks, after a retroactive continuity tweak provided him with goggles also showing him Skrulls in disguise. Dan Slott and Christos Gage continue the fun, with the Krew learning there’s a Skrull on every one of the 52 Avengers trainee teams, with more lurking around their Camp Hammond headquarters. The revelation almost carries out the Skrulls’ work for them, with team-mate accusing team-mate, fights breaking out all over and the writers saving a good twist for the end. Considering the artist changes every chapter, there’s no great visual disturbance either.

The quality dips considerably for the final outing. Adam Felber’s plot has its funny moments, its gross moments and a good idea for reforming the Skrull Kill Krew. Unfortunately, though, it’s incoherent in places and he has no time for the 3-D Man, who’s all-but ignored. The art can’t save the day either. Mark Robinson (sample right) draws the majority, with Rob DiSalvo responsible for a few flashback sequences. For both distortion is all, their panels looking like the work of imaginative street artists who’ve never drawn a comic before. Individual panels are fine in a goofy kind of way, but there’s no sense of a story being told.