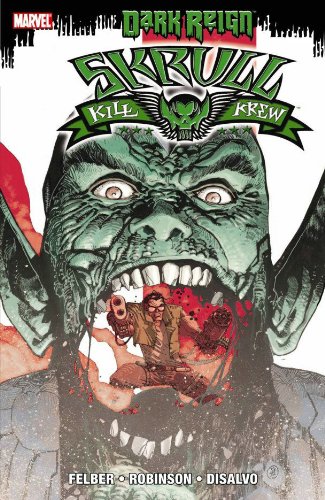 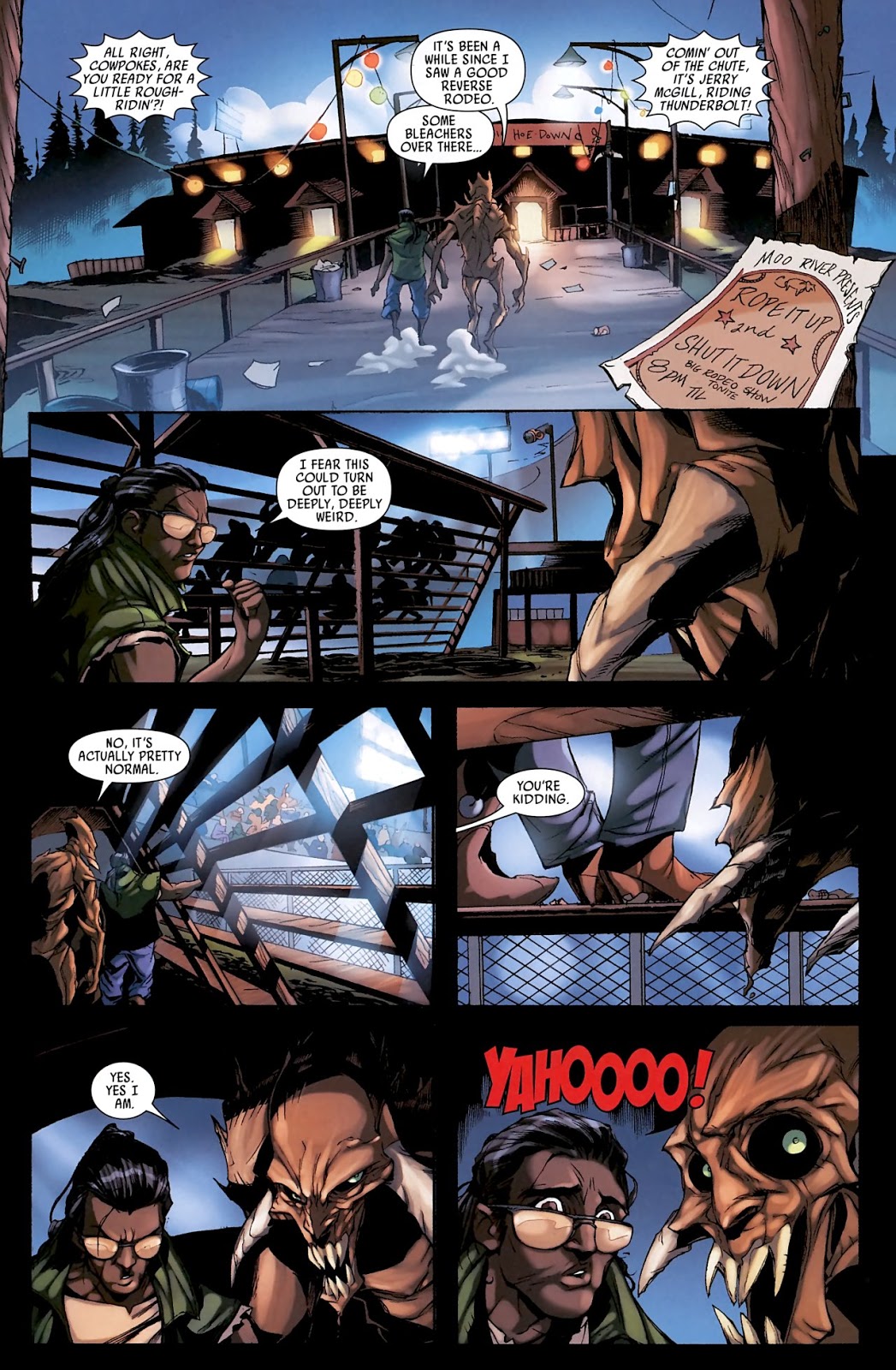 The 1990s version of Skrull Kill Krew was tongue in cheek testosterone, quips and violence with deliberately few redeeming features, and not meant to be taken seriously. After a decade in obscurity, when the Skrulls became central to Marvel crossover event Secret Invasion, the Skrull Kill Krew were revived (Avengers: The Initiative – Secret Invasion) and despite some fatalities, treated rather well. That led to this outing for subsequent crossover Dark Reign.

Perhaps the thinking was having a comedy writer pick up the Skrull Kill Krew would continue the tone and maximise the potential. Unfortunately, Adam Felber misses the point. He gets it’s supposed to be funny and satirical, but most of the jokes fall flat amid the action-tough dialogue and the basic lack of plot. The first order of the day is for Ryder to revive the dead, after which there’s a farcical human rodeo scene, a team-up with Wolverine, and much slaughtering. 3-D Man is now on the team, but of no interest to Felber, so just mentioned in passing and ignored. There’s a big revelation that prompts a couple of pages of sulky soul-searching before slaughter as usual, and that leads into the finale, which is meant to repurpose the Skrull Kill Krew, but is as incoherent and disappointing as the remainder.

Mark Robinson (sample page) draws the majority of the pages, with Rob DiSalvo responsible for a few flashback sequences. For both distortion is all, their panels looking like the work of imaginative street artists who’ve never drawn a comic before. Individual panels are fine in a goofy kind of way, but there’s no sense of a story being told.

This was later gathered with all other Skrull Kill Krew material in Skrulls Must Die. 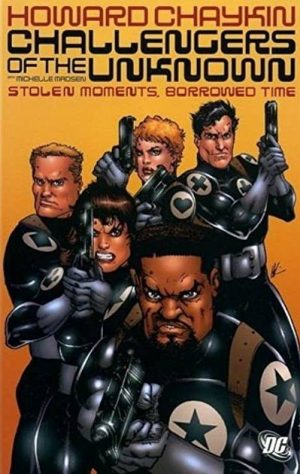