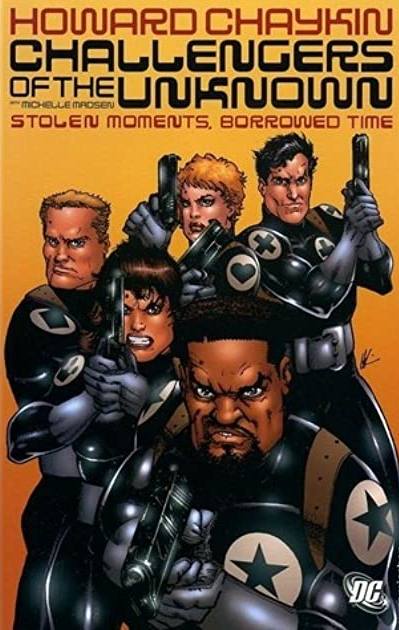 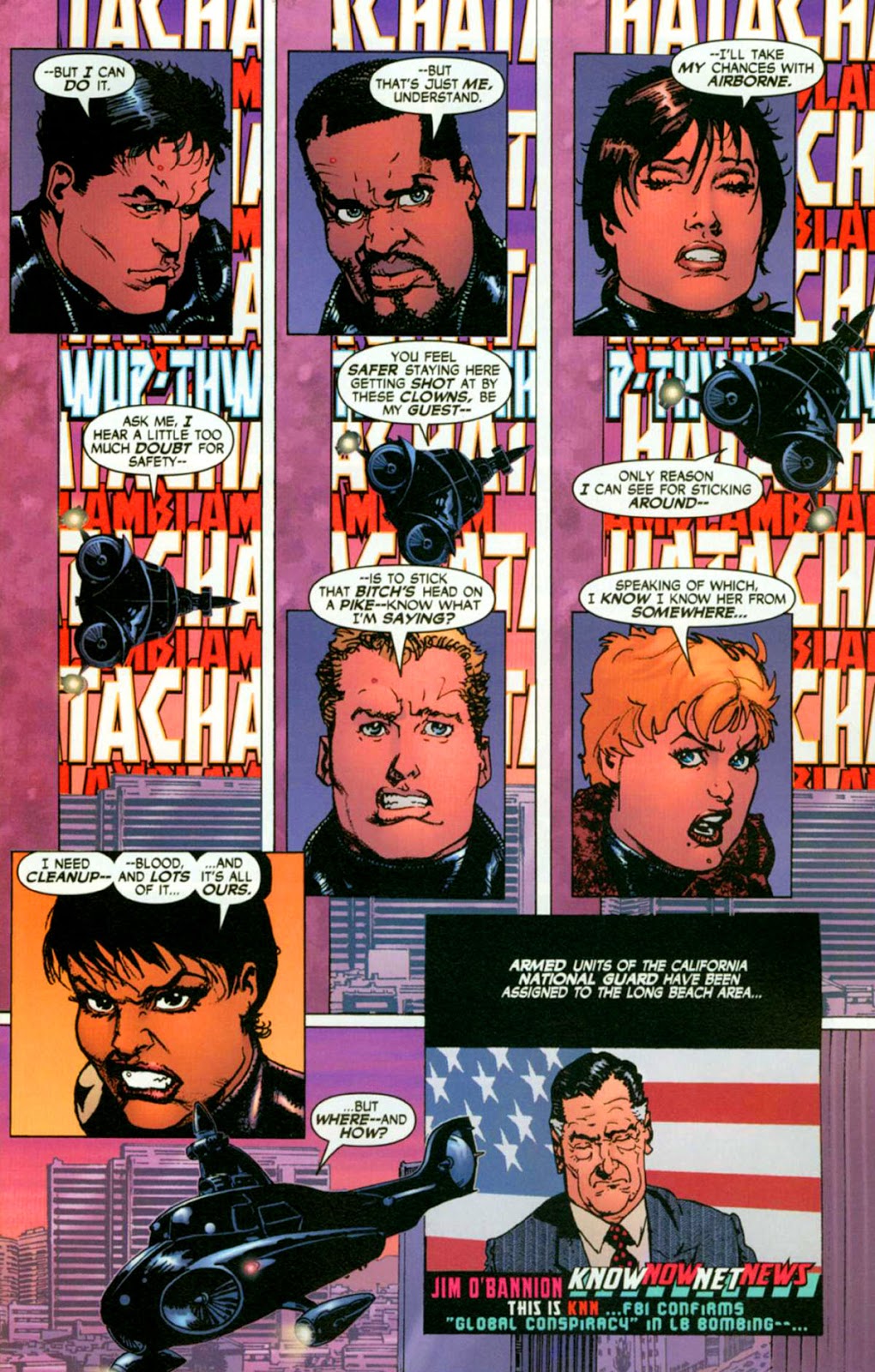 By 2004 there can’t have been many readers of DC’s old franchises unaware of what awaited in a Howard Chaykin reboot, which makes the outrage you’ll find in online reviews puzzling. See recommendations for places where his iconoclastic approach had previously been applied. The results were not necessarily likeable personalities any more, but people who got the job done by prioritising the greater danger. The twist with his new Challengers of the Unknown is that they’re five people who’re not aware they’ve been programmed with the skills to survive the most dangerous situations.

Moreso than any Chaykin project for some while, there’s a narrative complexity to Stolen Moments, Borrowed Time, and anyone wanting the maximum impact can’t just skim read. Chaykin cuts the often oblique dialogue of people pictured with the constant TV commentary, and the screenshots of that further contain running text. It’s eventually clarified that a few extremely rich people, influential behind the scenes and generally unknown, are targets, and that five people have memories of all changing their names and buying a signet ring to commemorate the occasion and reflecting their new name. They have no memory of how they as a group survived an atrocity.

Chaykin also has a further axe to grind about rabid right wing American TV media in the wake of the 9/11 atrocity. It’s a simple matter to adapt the running TV commentary he used in American Flagg! to satirise the media, but he goes further by stripping bare the techniques used to demonise. Any occasion is enough for the newsreaders and commentators to dredge up the names of alleged haters of American freedom and reinforce their extreme ideas of how to punish them. This is carried out against a constant backdrop of the US flag. It’s deliberately unpleasant, and not any great exaggeration. However, Chaykin can’t avoid some button-pressing provocation, be it references to bodily fluids or racist comments from racist people.

Artwise Stolen Moments is standard Chaykin, visually complex, with stylised and square-faced people, but interestingly drawn and placed in arresting situations. It’s confusing when intended as such, and crystal clear otherwise. He also throws in funny visual jokes, such as the giant naked angel with the pink parasol.

The ultimate revelation of our entire world being controlled by a secret cabal pulling the strings is hardly original fiction, but there’s a glib enjoyment to be had from the names dropped as past puppets, and any idea is only as good as the treatment. Anybody not worried about the Challengers of the Unknown name being wrestled away from the old cast should find this reboot fulfilling. It’s smart, satirical and appeared ten years before the Trump presidency. 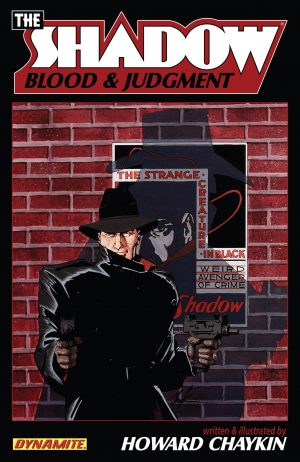