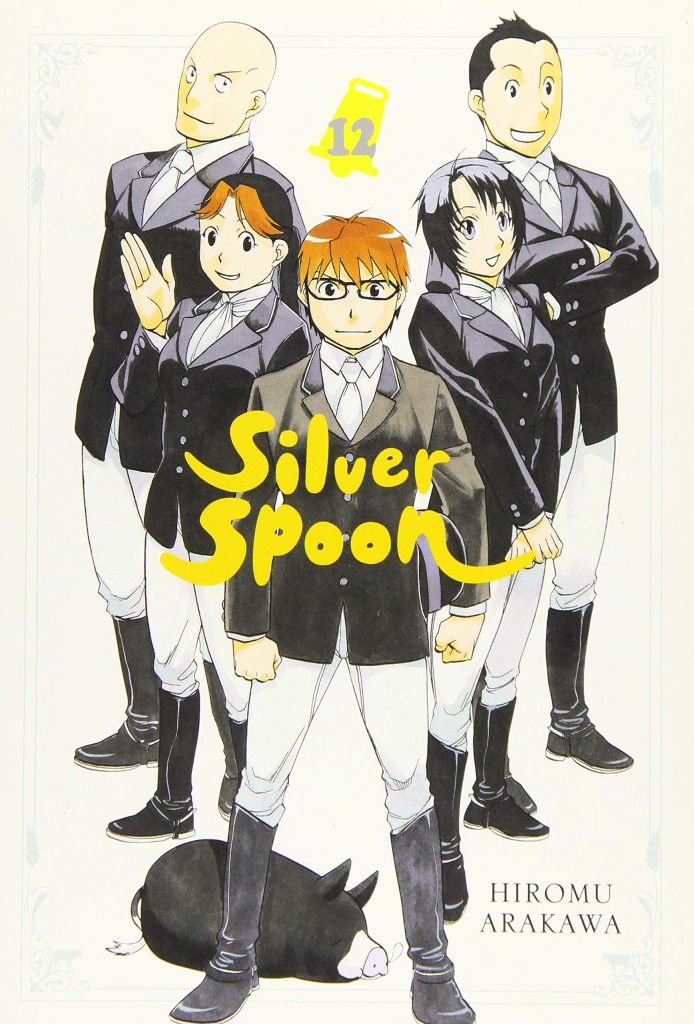 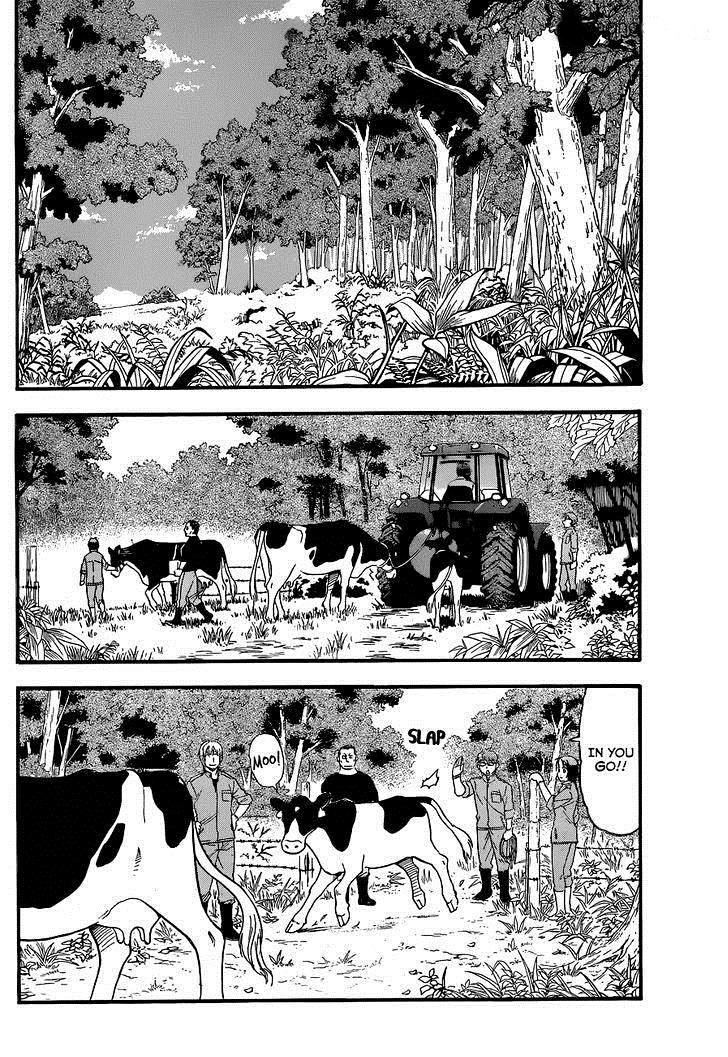 The big change in Silver Spoon 11 was that the students no longer have to remain dormitory residents as they start their second year at Ooezo Agricultural High. Yuugo’s among those who’ve chosen to rent an apartment, although for all his good intentions, his residency begins with a clean-up.

Silver Spoon 12 completes the winter term during the opening chapter, and then begins the massively more compressed Four Seasons sequence occupying the remainder of the series. The danger of that could be repetition, and Hiromu Arakawa does revisit some themes explored earlier, but gives them a new twist. For instance, it’s no longer Yuugo who’s the shy, uncertain, yet determined student. He’s grown over the series.

Because Silver Spoon is a drama dependent on so many characters it’s rare that Arakawa has the opportunity to step away from them, and when she does it usually results in some surprisingly lovely art. The time spent drawing the three panels of the sample art pays off with three scenes of pastoral beauty. As ever, she’s just as good when it comes to delivering personality through the cast’s expressions, and we know there’s a lot going on behind Yuugo’s glasses.

He’s still putting together his business plan, and it’s quite the fascinating study. He can see the qualities his classmates have to offer, and although he doesn’t realise it, his coming from outside a farming background means he’s constantly making innovative suggestions. Unfortunately when it comes to raising the necessary finance these are unknown quantities, not reasonable bets. One very funny chapter concerns the rumours circulating about what Yuugo wants to do, and how he’s intending to raise capital from the Yakuza gangsters. Yet Yuugo is a good judge of character, and while everyone else would steer well clear of Okawa, Yuugo’s trust in him pays off.

Okawa’s speciality has been pig farming, and beyond raising the pig for bacon it’s an area Arakawa hasn’t really looked into during the series, so the penultimate chapter takes a look at large scale pig farming. It’s the usual painless, eye-opening education along with a full dose of charm we’ve come to expect from Silver Spoon. So is the final chapter, opening with a visually inventive look at different strains of potato. By the end the annual equestrian competition has rolled round again, and that takes us into Silver Spoon 13.