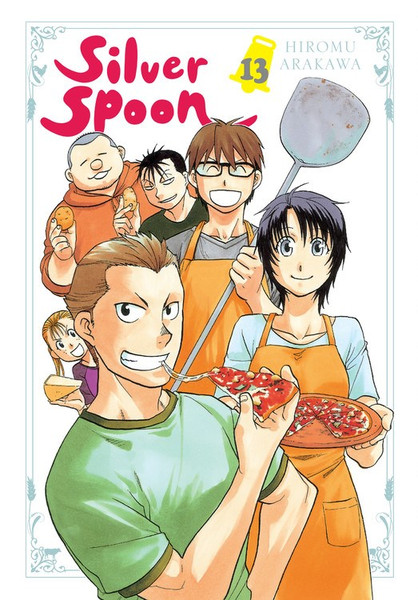 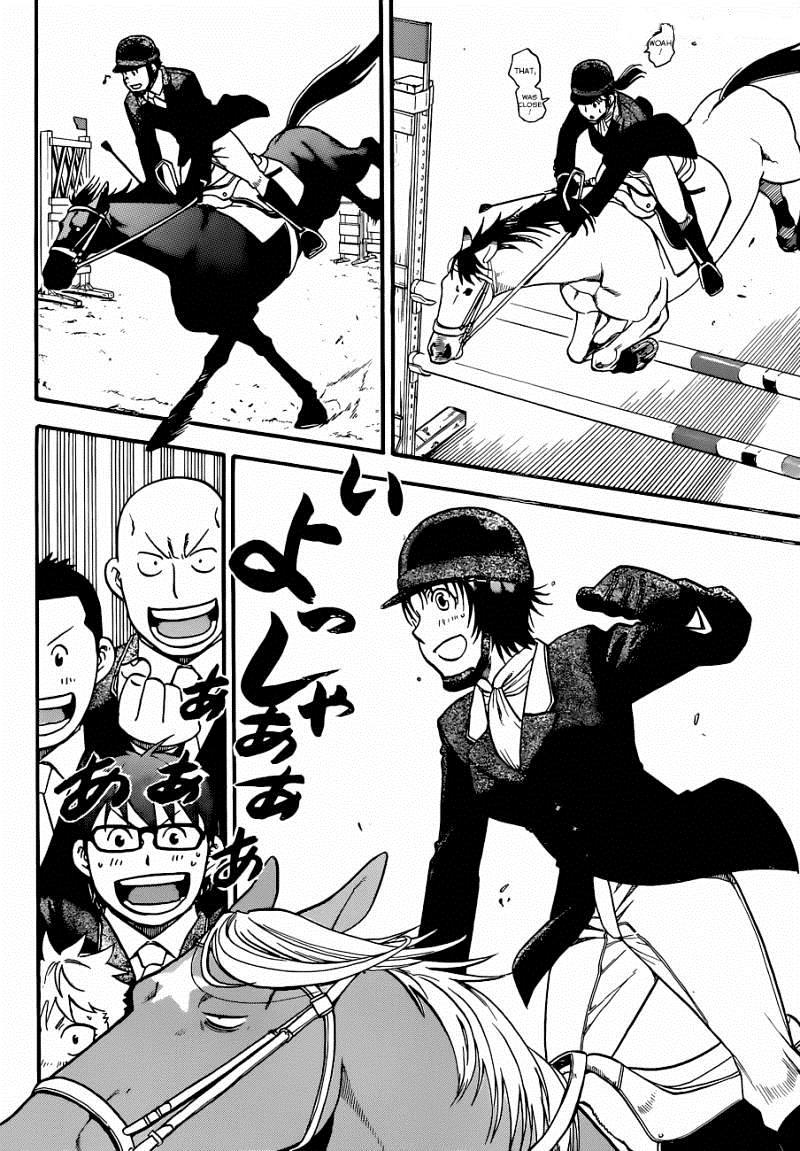 As seen on Hiromu Arakawa’s joyful sample art, we rejoin the students of the Ooezo Agricultural High School at the annual equestrian tournament that concluded Silver Spoon 12. It’s a touching start as Arakawa revisits the traumas Yuugo experienced his first time out as seen in Silver Spoon 6. Has he learned anything more about horses over the year? As ever, Arakawa ensures what happens isn’t what’s predicted. The tournament occupies half the book, and it encapsulates Silver Spoon in microcosm. Arakawa’s sympathetic and likeable cast are supportive, and by putting them through the stresses of a competitive situation not only does it bring out the best of them, but it ensures the reader wants them to succeed as much as their friends do. Beyond that tension there’s the joy of their interaction, some fine comedy moments, and a great use of Yuugo’s father. As might be expected, it’s all impeccably drawn, Arakawa skilfully bringing out the joy and emotional stress the cast experience during the tournament.

Another nice aspect, applying to the entire series, is how Arakawa keeps throwing in possibilities, emphasising the idea that the young have the world in front of them. An example is the realisation that Japan doesn’t have many top class equestrian riders, and what with the Olympics coming up, is there a chance that with a little more practice they can step up? It’s considered in passing, but represents the spirit of hope running all the way through Silver Spoon.

Arakawa is picking up the pace, the Four Seasons section compressing time meaning that in this collection we start in early Spring and move forward to late Summer. The result is that after the equestrian tournament Arakawa rapidly runs through the pizza testing for Yuugo’s possible company, along with another tournament to arrive the hanging sword of Aki’s college exams. Unusually, there’s a cliffhanger ending to take us into Silver Spoon 14. As she did earlier in the series, Arakawa has kepy Ichirou in the background, dropping in on him every now and then even though he’s no longer at school. This paid off before, and it looks as if it’s about to again.

From the opening volume Silver Spoon has been a good-natured, fun series, and that’s never changed. 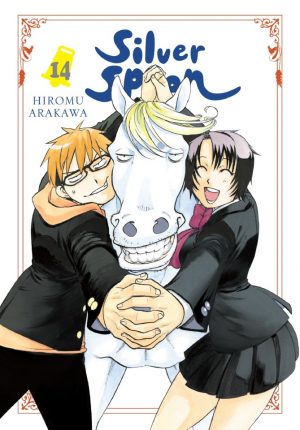 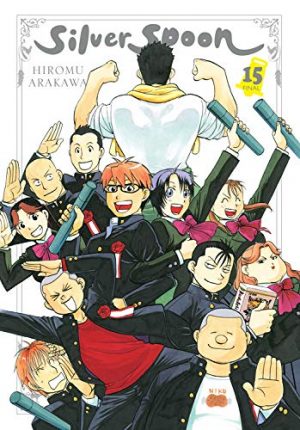