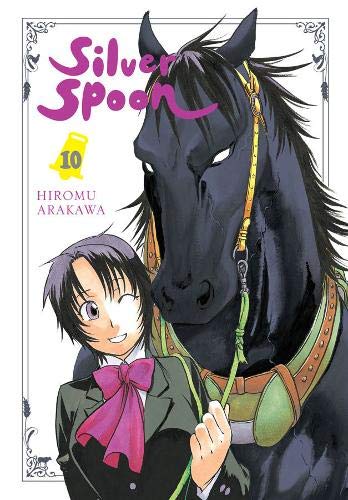 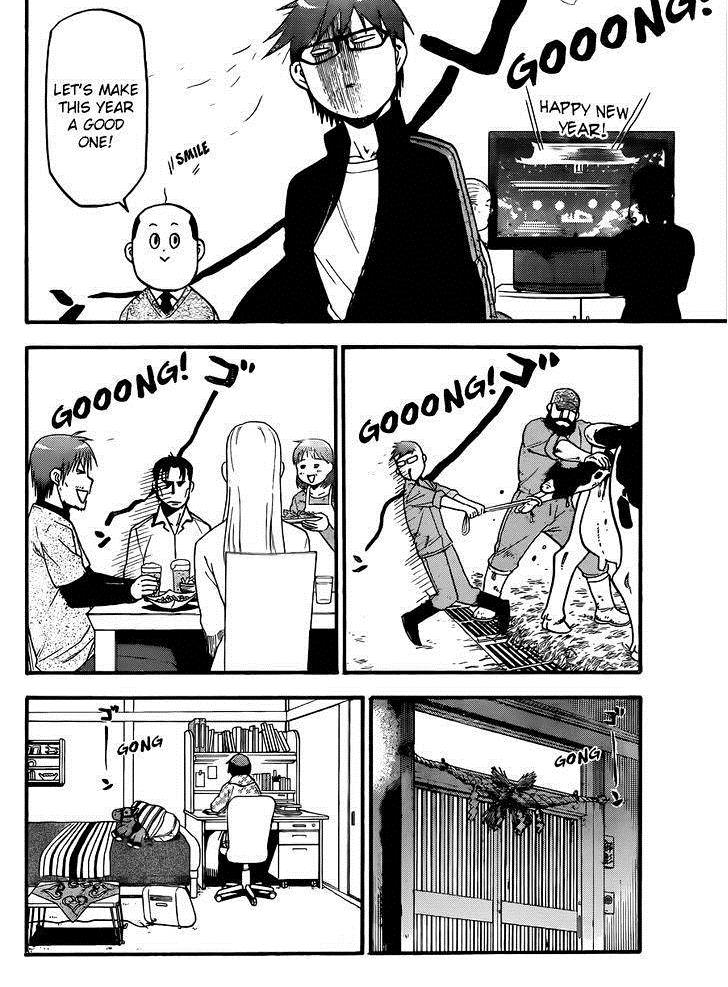 To date in Silver Spoon several members of the teaching staff have been introduced, but very few transcend their role, there to educate the audience via explanations as much as care for the students in-story. Hiromu Arakawa spends the opening chapter fleshing them out as a group. An agricultural school with animals can’t just close down for the holidays, so the teachers have to remain, and with Yuugo so averse to going back home, in a cheery opening chapter he discovers how the staff celebrate new year.

Silver Spoon 9 began revisiting a previously used plot of Yuugo buying a pig, but ramped it up considerably, and this time Arakawa is following the entire process through from living pig to sausages and bacon. As with the cheese making process in Silver Spoon 8, Arakawa moves a little too far from entertainment into education when it comes to the manufacture of sausages, and then selling them. Also at first puzzling is why Arakawa is ensuring we remember Ichirou Komaba, who keeps making grumpy appearances, but without any great reason. The reason is revealed in the final chapter, offering a form of redemption, but it’s not subtle. An earlier character who seemed the loose fit for the series was Yuugo’s brother Shingo, who wandered in and out before having an enlightening role regarding Yuugo’s family problems. Now, after two volumes we finally meet Yuugo’s new Russian sister in law, although rather arbitrarily. She’s a different presence, though, introducing some new ideas to the students, as does Shingo.

There’s generally one event among the eight or nine chapters of a Silver Spoon collection enabling Arakawa to really impress with the art, and this time round it’s the ice festival in the final chapter. Sculptures, ice slides and some nice character moments all feature.

More so than any other volume to date, Silver Spoon 10 is an inconsistent collection, far more an anthology of stories jumping all over the place rather than a cohesive thread. As the cast are engaging, that’s no great problem in itself, and the winter term continues in Silver Spoon 11.