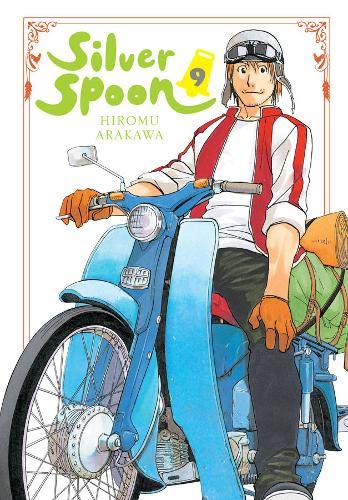 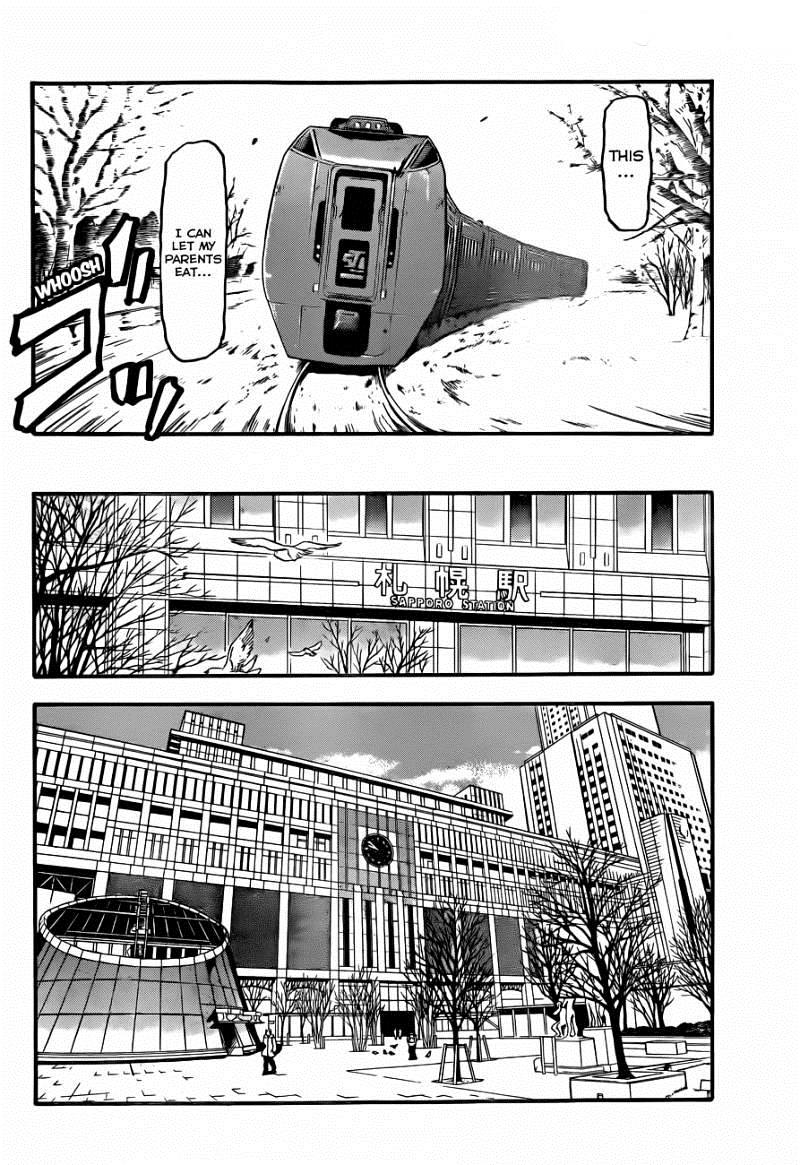 An accord was reached in Silver Spoon 8, when Aki revealed she didn’t want to inherit the family farm, actually wanting to work with horses. In Japan this means her attending college, and to date her grades haven’t been good enough for that. Fortunately Juugo is smart enough to help out, but don’t mistake that for dating. At least not after her father’s warning!

It’s obvious from the way she draws animals, and the main cast and their expressions that Hiromu Arakawa’s one hell of an artist, but given the agricultural background of Silver Spoon, it’s all too rare that she draws any city scenes. The sample art features her elegant and precise depiction of Sapporo station in winter, intriguing for anyone who doesn’t commute from it or to it every day.

Arakawa began Silver Spoon as relatively light comedy drama, and has maintained that, but she’s been tightening the emotional screws for a couple of volumes now, revealing more about why Juugo avoids his home. Much about that comes to a head here, and while the reader’s sympathies are steadfastly with Yuugo, Arakawa’s plots also allow for a puncturing of his certainties, and this counterpointing raises Silver Spoon’s emotional content above many other comedy dramas. It’s so cleverly introduced that when the contradictions are pointed out, they surprise. So does a visitor to the school, but that’s also clever in a way beyond a parent visiting their child as Arakawa uses it to discuss some topics that might otherwise not crop up in the series, such as the value of packaging and why spinach doesn’t freeze easily in winter.

While most of the previous book was set during the winter term, in Silver Spoon 9 the seasonal conditions begin to manifest, with the daily farming tasks now including clearing quantities of snow before the regular work can begin. It’s largely in passing, but the attention to detail marks out the thought behind the series. So does the way a plot reintroduced from earlier in series progresses. It starts off seeming that Arakawa is covering old ground, but the purpose is to head somewhere new. Full-on scenes of how a slaughterhouse operates might have been too strong for a series still in its infancy, but here it’s spelled out accompanied by illustrations that don’t hide the truth, but aren’t as upsetting as they could be. 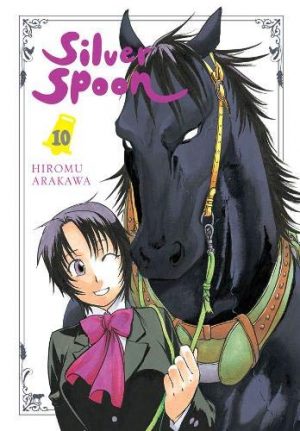