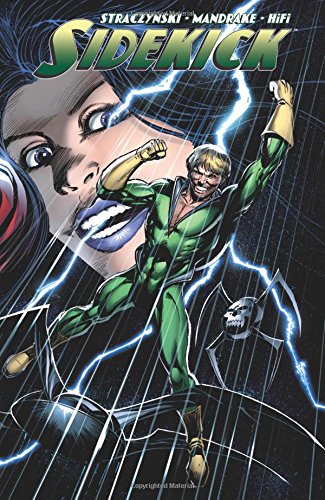 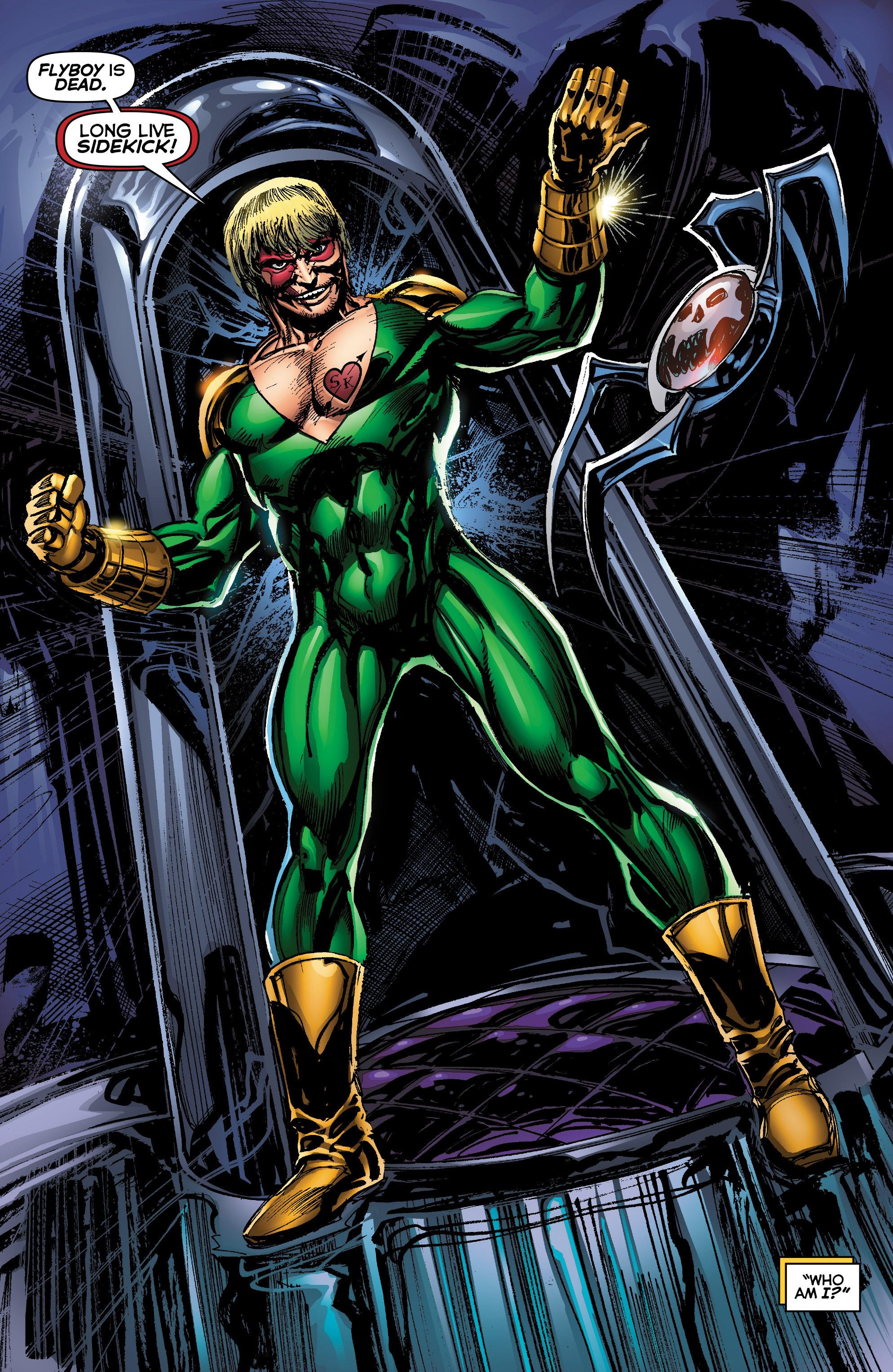 The opening volume saw the headlong degradation of Flyboy, once teenage sidekick to the beloved Red Cowl. Since the Red Cowl’s death Flyboy has found that his profile in isolation is barely worth any respect, and by the conclusion of the first volume he’d pretty well embraced what he could become. The cover shows that, and also that there’s been an element of manipulation along the way.

While every now and then under the control of a foe a mainstream superhero may turn to the dark side, a permanent switch for a formerly beloved superhero isn’t an over-used genre idea. Alan Moore did it with Kid Miracleman, and Mark Waid’s Irredeemable comes to mind, as this type of story can really only work removed from commercial considerations. Flyboy’s sick and tired of being a figure of ridicule, and with the power he has, he’s going to get his due. Plus there’s the matter of the single most traumatic experience of his life. He’s beginning to suspect that what he witnessed wasn’t what actually occurred, and that he’s been played.

J. Michael Straczynski’s great with small character touches in his comics, providing insight without words. To mark his new identity Flyboy changes his superhero costume coming up with a monstrosity of his own design. It’s a great touch that supplies all the information as to what he’s become, now self-mockingly calling himself Sidekick, and Tom Mandrake gives this sartorial sin the complete snigger over a full page. As in the first book Straczynski occasionally drops back into the past to provide events as they took place, here primarily contradicting hard held beliefs, and they’re effective stepping stones to an inevitable showdown. While setting matters up, Straczyski’s also experimenting with his storytelling, a chapter without dialogue featuring here.

After what he’s done to become Sidekick will there be any redemption for Flyboy? As matters unfold it becomes apparent that’s not really the question, and Straczynski introduces a new psychological element that makes Sidekick much better than it seemed it was going to be. He’s been toying with archetypes and recontextualisation all along, and here twists another well known story very satisfyingly.

The wonder isn’t sustained all the way to the end. The conclusion is terrifying, but distanced by being so abrupt. Perhaps in this era of decompression some might see this as plus point, but it’s awkward. Don’t let that put you off. This isn’t peak Straczyski, but it is an enjoyable and unpredictable character study.