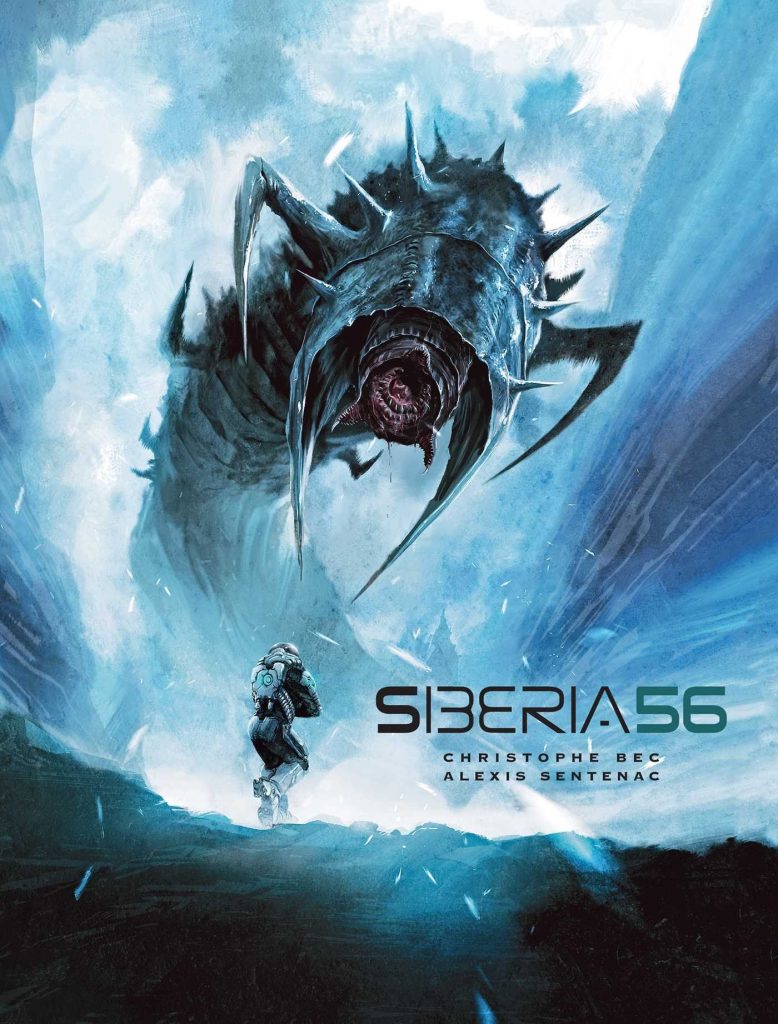 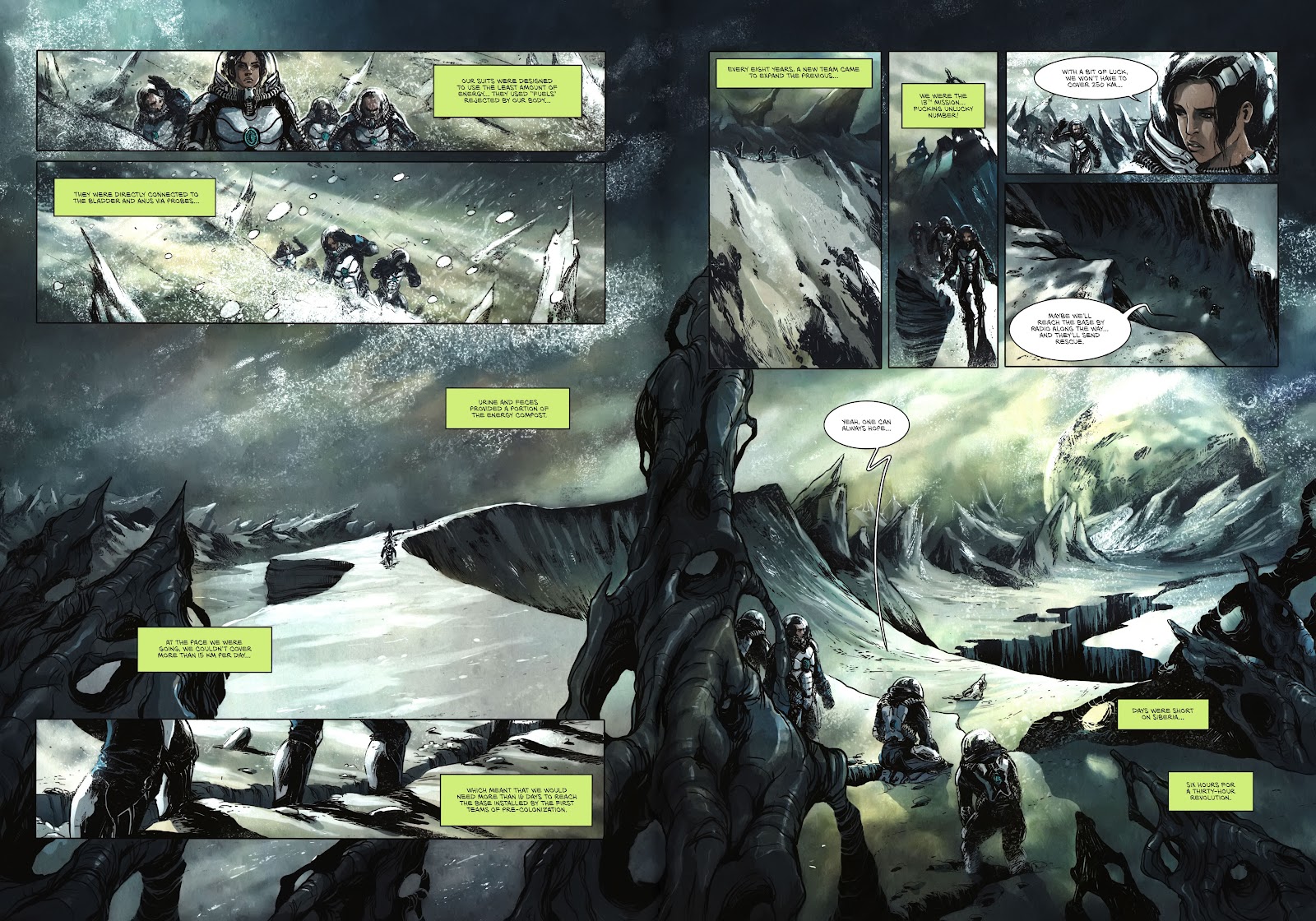 Perhaps contrary to expectations generated by the title and icy wastes seen on the cover, Siberia 56 isn’t set in Russia’s remote and frozen North-East, but an icy alien planet named after that area, where in the future humans have established a colony. A crew heading for there, don’t make it, crash landing and unable to fix their craft. Their only hope lies in crossing hundreds of miles of unhospitable terrain where several predatory species are known to live.

Christophe Bec is an experienced guide through cinematic SF horror (see recommendations), with several creative previous stories exploring the field, so he sets the tone early. His method is almost a checklist. There’s the crashed ship, the terrible conditions, the danger of attack, the lack of supplies and an ever-worsening situation as a demoralised crew seemingly make no progress. The terrifying creature seen on the cover is called a Silhur, very much upgraded from Dune’s giant underground worms, and several of them make an early appearance.

The perpetual terror is maintained by Alexis Sentenac putting the effort in to draw the crew as seen from a distance, constantly dwarfed by their surroundings, and ensuring those surroundings look almost impossible to traverse. He’s very good at hinting at threats in the shadows and in terrifying with the ever-changing atmospheric conditions.

Siberia 56 is actually a combination of three stories. Seasoned horror readers will have a fair idea about how the first is going to play out, but the thrill is always in the shocks of that happening. The second and third stories follow much the same formula, continuing where the first left off. Bec now takes a look at the colony destination from the first story, runs through their discoveries and sets up a new menace, while the concluding arc puts two factions of humans at odds with each other.

There’s no great originality to what plays out, but Bec’s world building is strong, and he’s good at hinting at possibilities that don’t all occur. In the end horror fans are likely to be satisfied, while the door is left open for greater exploration of the past.