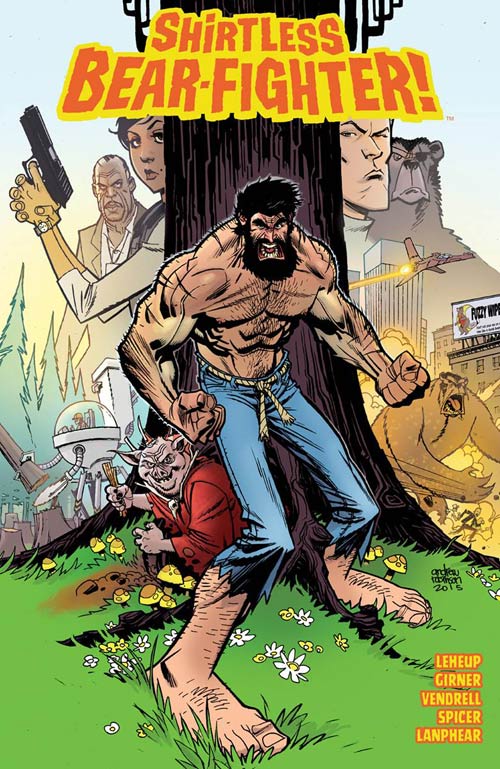 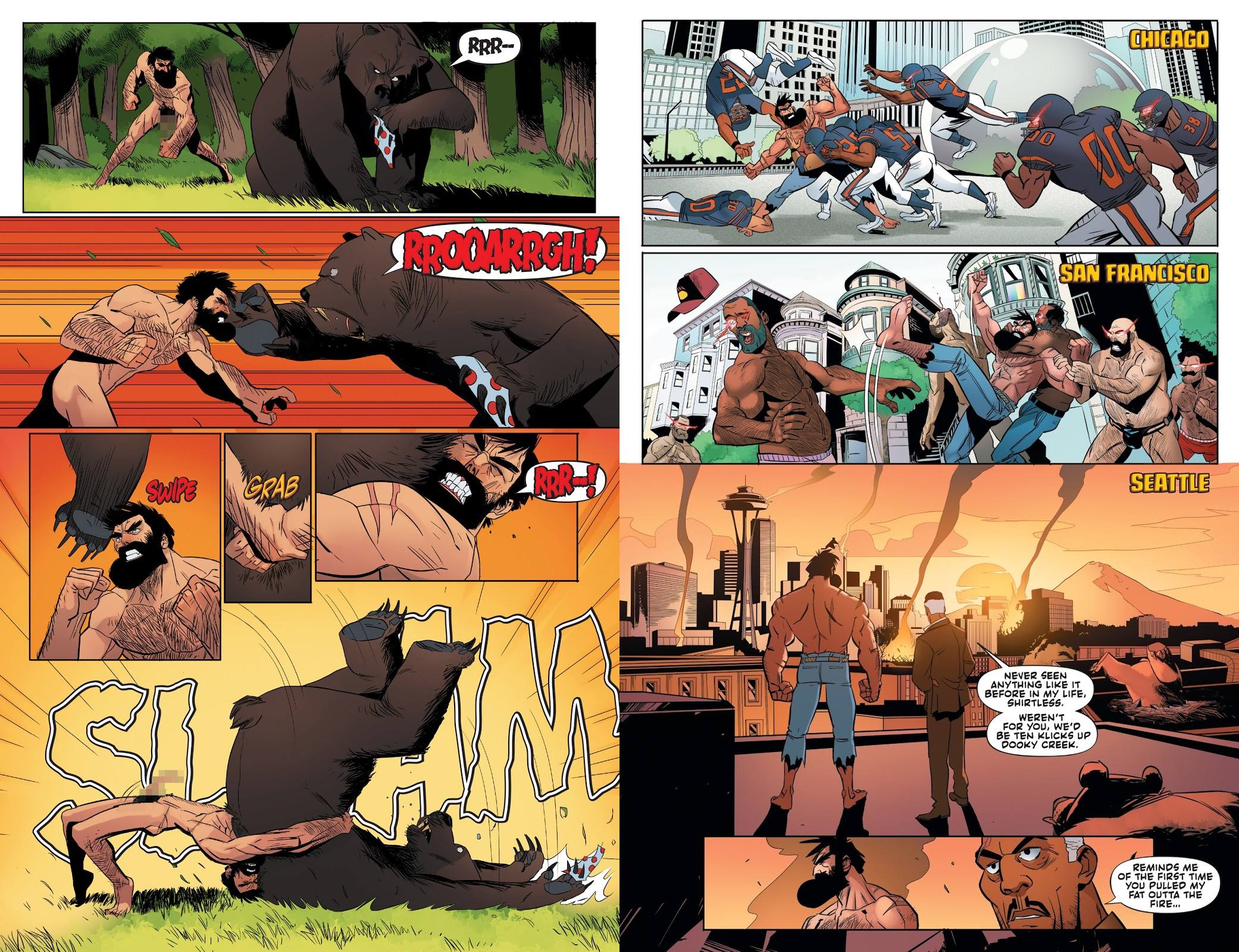 For starters, when first seen our bear fighter isn’t just shirtless, he’s also trouserless, his parts pixelated in case the Church Lady happens to be reading. To spare her sensibilities and the costs of the pixelation department, by the second chapter our hero wears trousers, fetchingly kept up with knotted cord as seen on the cover.

Ideas apparently conceived after long nights in the pub or heavy toking sessions rarely seem as viable in the morning, but writers Jody LeHeup and Sebastian Girner manage to sustain both the novelty and the lunacy throughout this funny graphic novel. They begin with the knowing nod and wink of exploiting action movie clichés. When giant bears begin rampaging through a city there’s an agent aware of the only man who’ll possibly be able to help. He’s not been seen for years, and lives in his distinctively decorated cabin deep in the woods, but approach him with the right deal… LeHeup and Girner pitch the dialogue beautifully, at times seeming to have taken entire pages worth from over the top TV dramas, from the agent screaming that he needs answers right now, to Shirtless Bear Fighter’s well selected evocative single lines. He’s just doing his job, don’t you know. Such a compacted succession of the overly familiar could run out of steam, but doesn’t.

As seen by the sample art, LeHeup and Girner also supply visual jokes for Nil Vendrell to extrapolate, and he needs no encouragement to fill his panels with ridiculous items, the den of the Hilbilly Warlock (also seen on the cover), an example. Vendrell exaggerates, also mining the habits of action films, but doesn’t go too far, allowing us to just about believe this could happen. A manic villain surely possessed by the ghost of Alan Rickman completes the visual treats.

Over five chapters we learn Shirtless’ big secret, just what it is that has him raging at the sight of a bear, wonder whether he can pull everything together to save the forest, and can his stone cold heart be awoken a second time? Having started by mining action movies LeHeup and Girner are stuck with following the plot progression of them, so at no point do they stray from predictable, but the anomalous element of bears and the constantly ridiculous scenarios supplied along the way shine. Very readable and very funny.