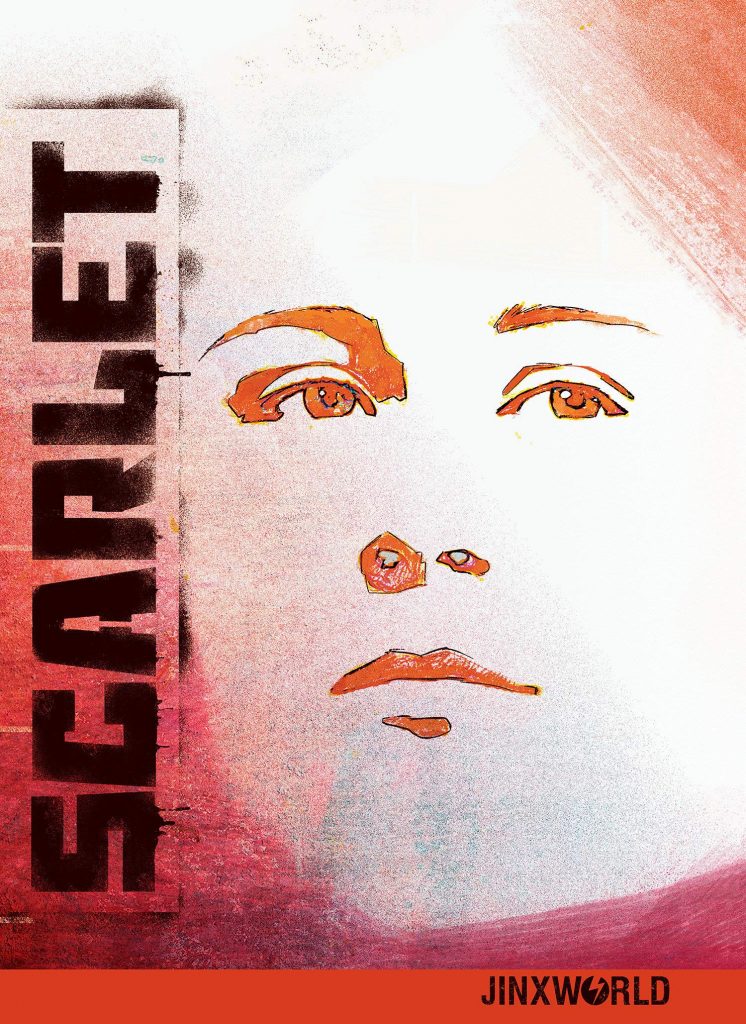 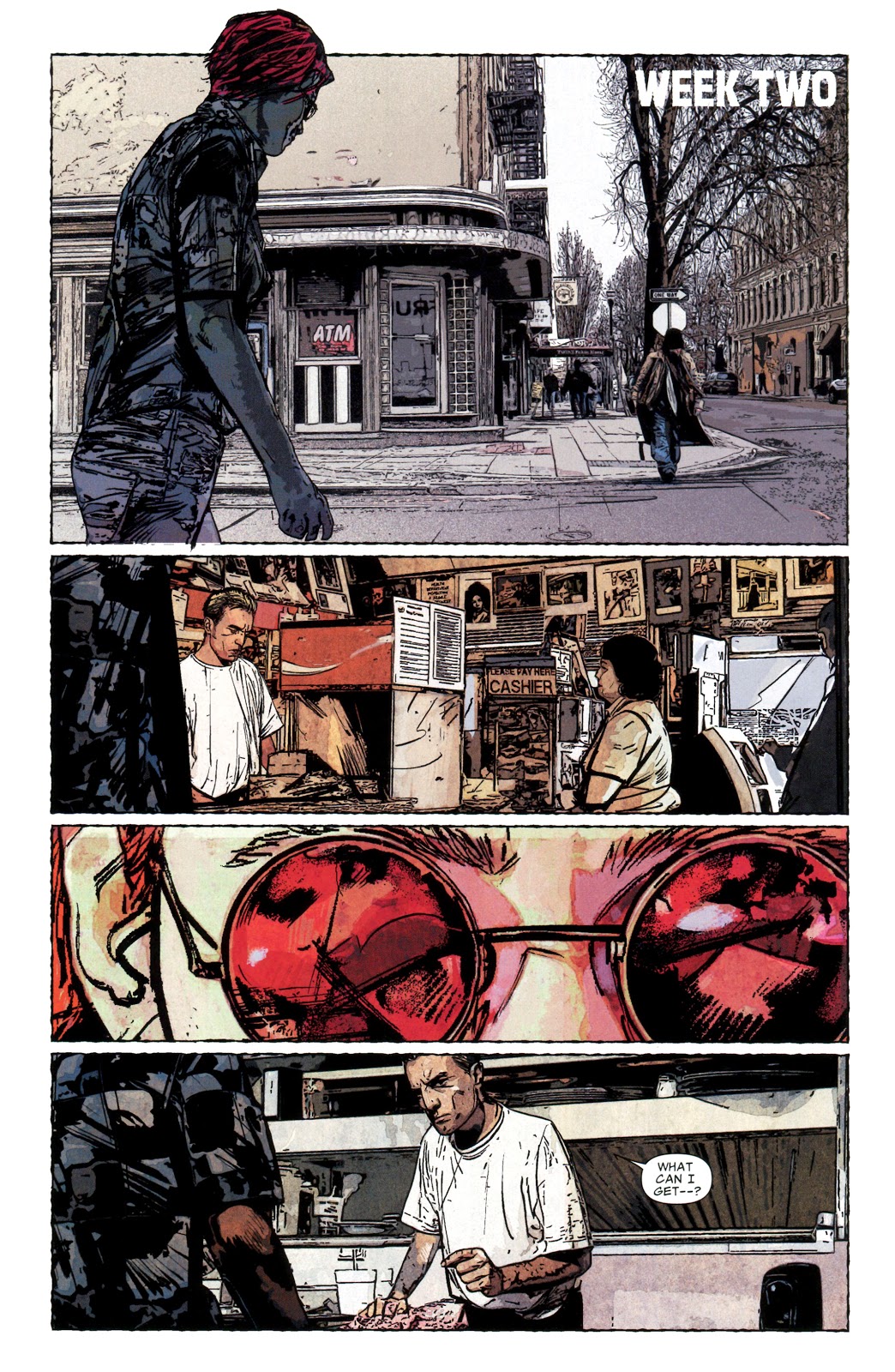 Although the individual episodes took well beyond a monthly schedule to produce, that actually worked in Scarlet’s overall favour. The theme of political negligence and taking people for granted became ever more current between 2011 and 2019 when this oversized and slipcased hardcover appeared. Brian Michael Bendis even hit synchronicity by setting the series in Portland, not exactly a mainstream choice for comics, but a city that’s increasingly become the focus for liberal unrest during the Trump presidency.

Scarlet Rue sees her boyfriend shot dead by police for no good reason. When they escape any form of legal justice, Scarlet formulates her own justice, and the deeper she investigates corruption in Portland, the further she finds it stretches. What she hits on that the entrenched politicians and police don’t really understand is how easy it is to transmit instantly via social media, and that the more shocking her content is, the wider it will travel. What differs Scarlet from the real world is that enough other people care about fairness and justice, and her cause is taken up.

The combination of Bendis and Alex Maleev produced an era-defining run on Daredevil, and while not quite hitting those highspots, most of Scarlet is very readable. Over the first half both creators are enthusiastic, Maleev pouring immense efforts into spreads of crowds and achieving some great facial expressions. Via a generally muted colour scheme Scarlet is picked out via her bright red hair, and it’s interesting that hers one of the few really distinctive faces, others tending to fade despite the part they play. For his part Bendis experiments with different forms of storytelling. Scarlet frequently breaks the fourth wall to address readers directly, although at times perhaps at too great a length, but it works generally. Less useful are the pages zipping through a character’s back story picking out the big moments. They’re novel, but don’t add substance. Bendis, though, knows how to drag readers into a story, and this begins with Scarlet murdering a policeman.

However, as Scarlet continues, some bad habits emerge. Bendis can never resist the sound in his head of a good conversation, complete with the nuances, the pauses and the contractions, and he becomes carried away with these, eating up space with them. The tone is accurate and to be admired, but the dialogue can say very little. There’s little fault with the plotting, however. Scarlet continually convinces as an ordinary person able to achieve the extraordinary through time, planning and technology, and Bendis blindsides readers several times.

As well as the art being produced in a larger than normal format to better appreciate Maleev’s skill, this includes all variant covers to the serialised issues, a typed script from Bendis over which Maleev has sketched designs and ideas, and other design work for the complete package. It looks and feels good, but this isn’t the entire story, which has continued beyond, confusingly in Volume One. If you’d prefer to check out the original trades combined here they’re available as Book One and Book Two.