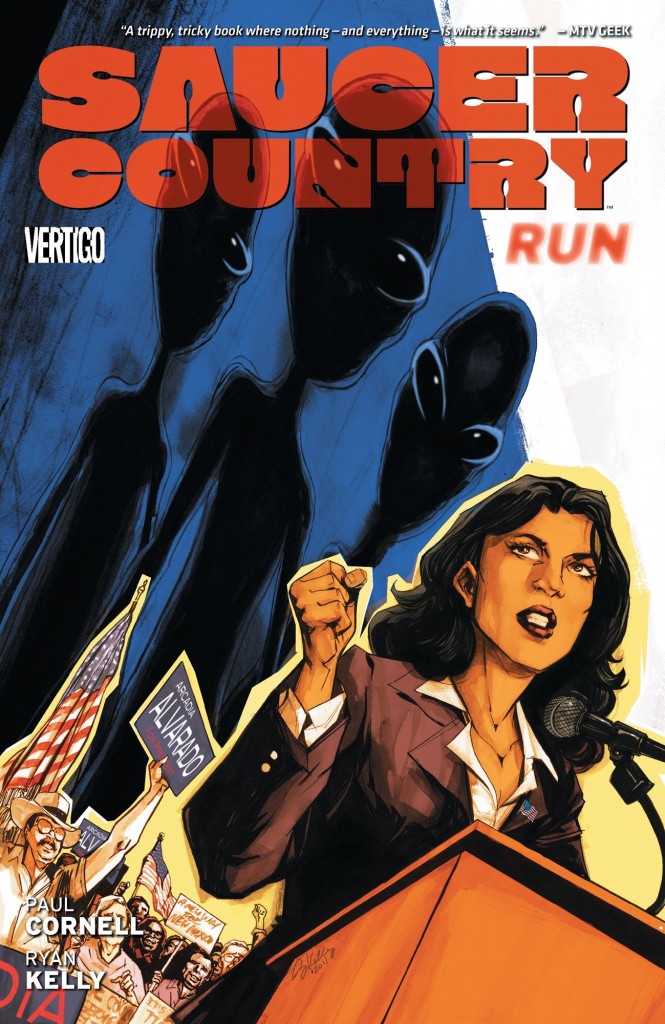 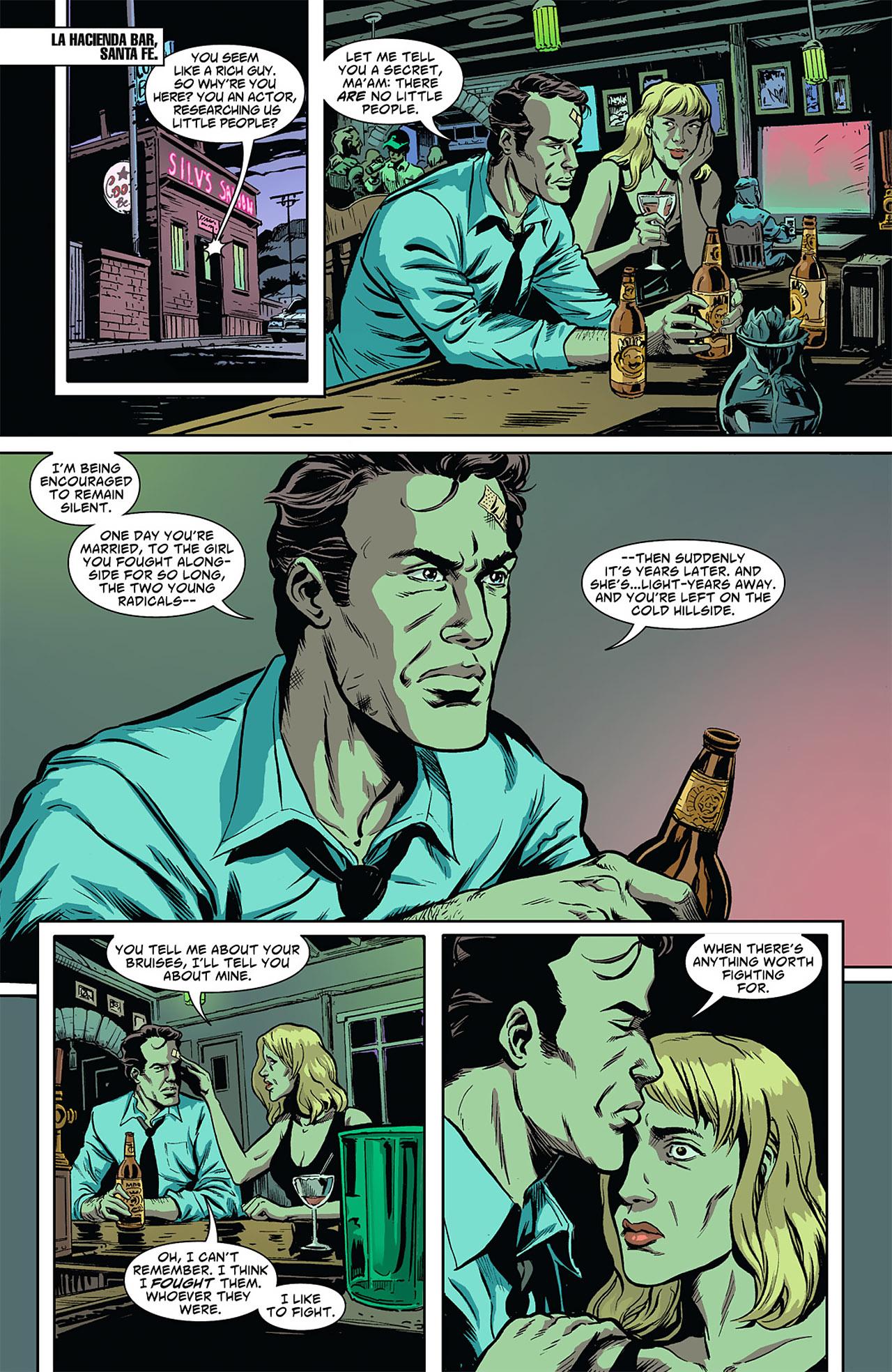 Saucer Country’s quite a distance from what’s suggested by the cover illustration, which brings to mind a shady X-Files plot. There are elements of that, but they’re weaved into a political campaign central to a story with a TV drama pacing accentuating the tease.

Paul Cornell introduces his cast professionally over an opening couple of chapters. Latin American state governor Arcadia Alvarado has decided to run for President, but as she announces her candidacy she’s also plagued by strange recollections and physical sensations consistent with alien abduction. Her estranged husband Michael is also experiencing alien-related problems. Joshua Kidd believes in aliens enough to stand up to his university employers with his beliefs, for all the good it does him, while hard nosed political strategist Chloe Saunders is entirely without conscience when it comes to her profession. Harry Brooks is Alvarado’s Chief of Staff, quite the blank slate to begin with, and is the only character to remain comparitively undeveloped.

There’s something buried deep within Saucer County with the potential to be interesting, but it never emerges in Run, which in places is extremely dull. Once the primary cast are gathered they talk. And talk. And talk some more about what might have happened, their interpretations of what might have happened and who was responsible for what might have happened. Poor Ryan Kelly is left to draw page after page of facial reaction shots, which he handles well, and once it’s all over Cornell runs the same scene again from alternative viewpoint, at which point we learn that the stories are possible wrapped up in metaphor.

By the time Run concludes, with rather a whimper instead of the bombshell, the question really has to be asked why Cornell didn’t produce Saucer County as a novel. There’s barely a memorable image provided for Kelly to get his artistic teeth into. Jimmy Broxton and Goran Sudžuka have slightly different content, Broxton illustrating a chapter titled ‘A Field Guide to Flying Saucers’, for which Cornell has done his Fortean research, and Sudžuka taking a short about alien abduction pioneer George Adamski.

Given the wealth of UFO and abduction stories circulating even before Cornell began applying the writer’s craft, Run had the potential to startle. Instead it stalls. But that’s not the end. It continues in The Reticulan Candidate, and that’s a vast improvement. Both volumes are to be collected into a single IDW graphic novel in autumn 2017. 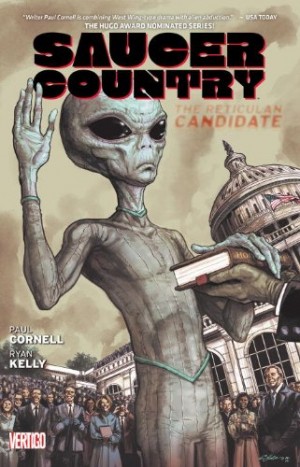