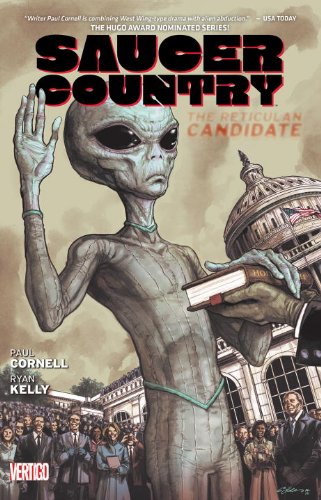 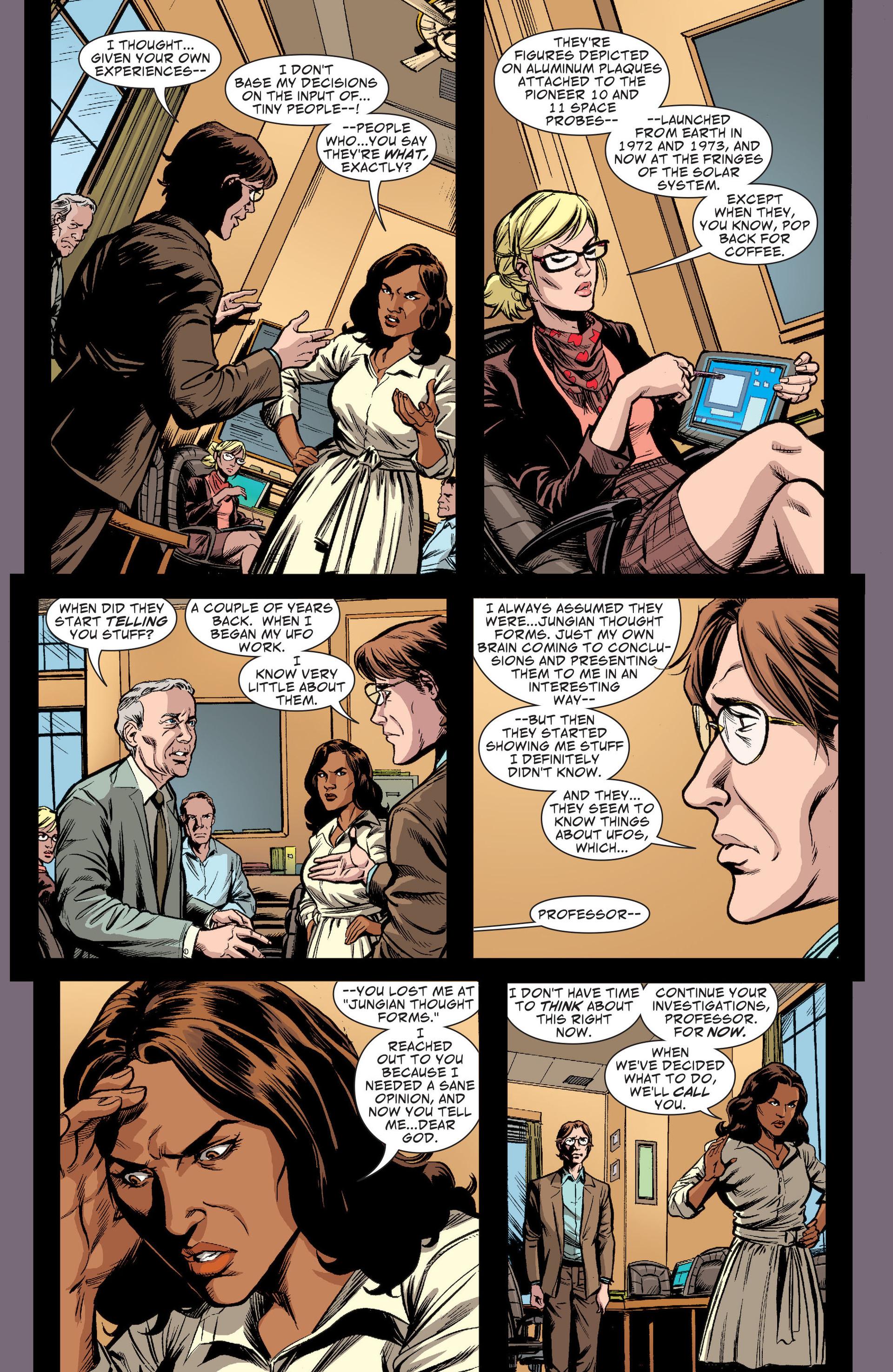 Having spent almost the entirety of the previous Run setting up a cast interested in discovering how much of UFO lore is reality, Paul Cornell switches tack, opening The Reticulan Candidate by presenting a rundown from a person who knows the score. That opening is indicative of a chalk and cheese comparison between this and the first book. That was surprisingly dull given the rich topics of UFOs, conspiracies and a presidential campaign, but the mystery, tension and excitement is fully released here.

The gist of the plot concerns Latin-America state governor Arcadia Alvarado running for president, but also believing she’s experienced an alien abduction. Cornell contrasts the known manipulation employed in political campaigns with the supposed manipulations employed by aliens, while spreading the attention across a well characterised ensemble cast. There’s still a problem with occasional extended explanations, or a compulsion to shoehorn in a Smiths reference that might be the result of a bet for all the sense it makes, but The Reticulan Candidate makes you turn the pages, when its predecessor didn’t.

Ryan Kelly helps with that. In terms of the way his pages look he’s not the most imaginative comic artist, but his storytelling is excellent. He nails the cast emotionally, and there’s total clarity, never a point necessitating a look back to figure out what’s going on. Mirko Colak, who shares a fill-in chapter with Andrea Mutti, is a more decorative and ambitious artist.

Plenty of surprises occur as the plot progresses, Cornell adeptly feeding the conspiracy theory line until it blinds to the obvious, and managing to work this trick on several occasions. The character studies are good as well. The early part of the book is dominated by Arcadia’s estranged husband, Michael Alvarado, a fellow abductee and known to have alcohol problems. Cornell and Kelly play a clever visual trick shifting his environments, and uncertainty about his capacity to perceive reality feeds further into deception. Where his character is taken is also unpredictable and captivating, which applies to the plot as a whole.

Almost everything needed to enjoy Saucer Country can be picked up from this volume alone, so don’t bother with Run and immerse yourself in The Reticulan Candidate. Alternatively, IDW plan to reissue the entire series in a single collection in 2017.