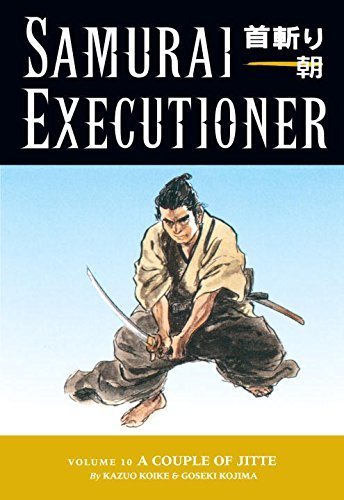 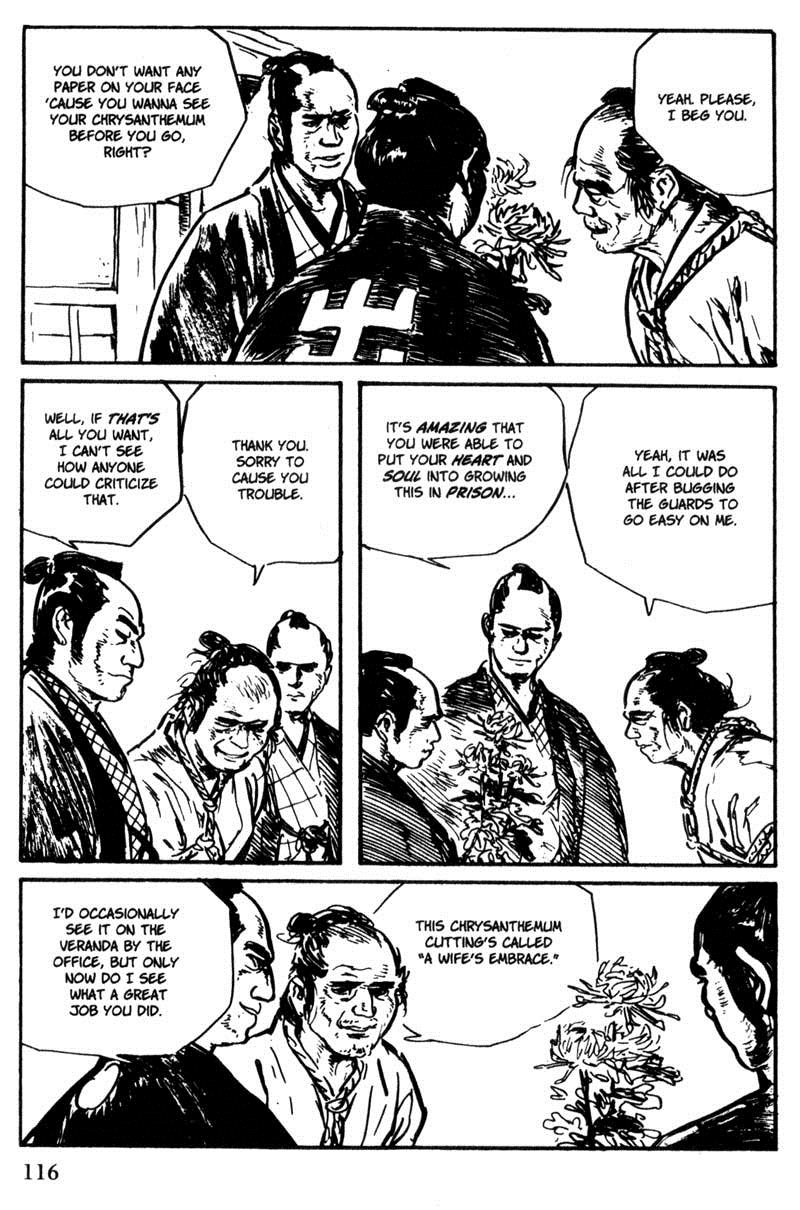 There’s a sense of misfortune about many who meet their fate at the Samurai Executioner’s sword, and the opening story here is another musing along those lines about a woman determined to clutch her hair at execution, and with instructions as to what’s to happen to it once she’s dead. There’s a great poignancy to the revelation as to why, and understated tragedy about the random death that led to her execution.

Kasajirō and Shinko return as they have done in every volume since her introduction, but it’s initially an overly-extended piece of rumination about a big step, much of which is a domestic comedy of embarrassment. It’s also responsible for the book’s entire adult content. This can be viewed in two ways. It’s either a mature exploration of the methods by which a loving couple work through a problem, or it’s a gratuitous sex sequence. As with many stories over the series, the subservience of women is completely at odds with today’s expectations, and thereby induces a discomforting feeling. The couple feature in a second story, designed to balance a professional competence with their strengths when united.

That Kasajirō and Shinko feature on significantly more pages than Yamada perhaps indicates why this is the final volume of Samurai Executioner, its six stories rounding off the total to 54. Since the earliest episodes there has been material when Yamada’s a peripheral presence, but Kazuo Koike has increased these as the series continued. In both this and the previous book there’s some feeling of retreading old ground, and Koike knew when to jump.

As much as anything the series as a whole has prioritised contrasts, and that’s again evident here. It’s most obvious in the approach of Goseki Kojima toward his art, when the darkest deeds require the greatest amount of black ink, but there’s also the frequent contrast of Yamada Asaemon’s violent trade with his otherwise serene attitude to life. We’re also presented with the personalities of those to be beheaded at odds with the violence they’ve committed, and the contrast of the rigidly defined culture with human emotions ultimately and inevitably disrupting it. There’s trivia and tragedy, law and crime, actions and consequences, all thoroughly explored.

A suitably valedictory image concludes the book ending a story about the circular nature of a cough as it’s passed from person to person.

As a whole Samurai Executioner is an inconsistent series but the lowest it sinks is a volume just being average by general standards. Culling nothing but the best over ten volumes would result in around three volumes of five star material, and almost every book has at least one of those stories.