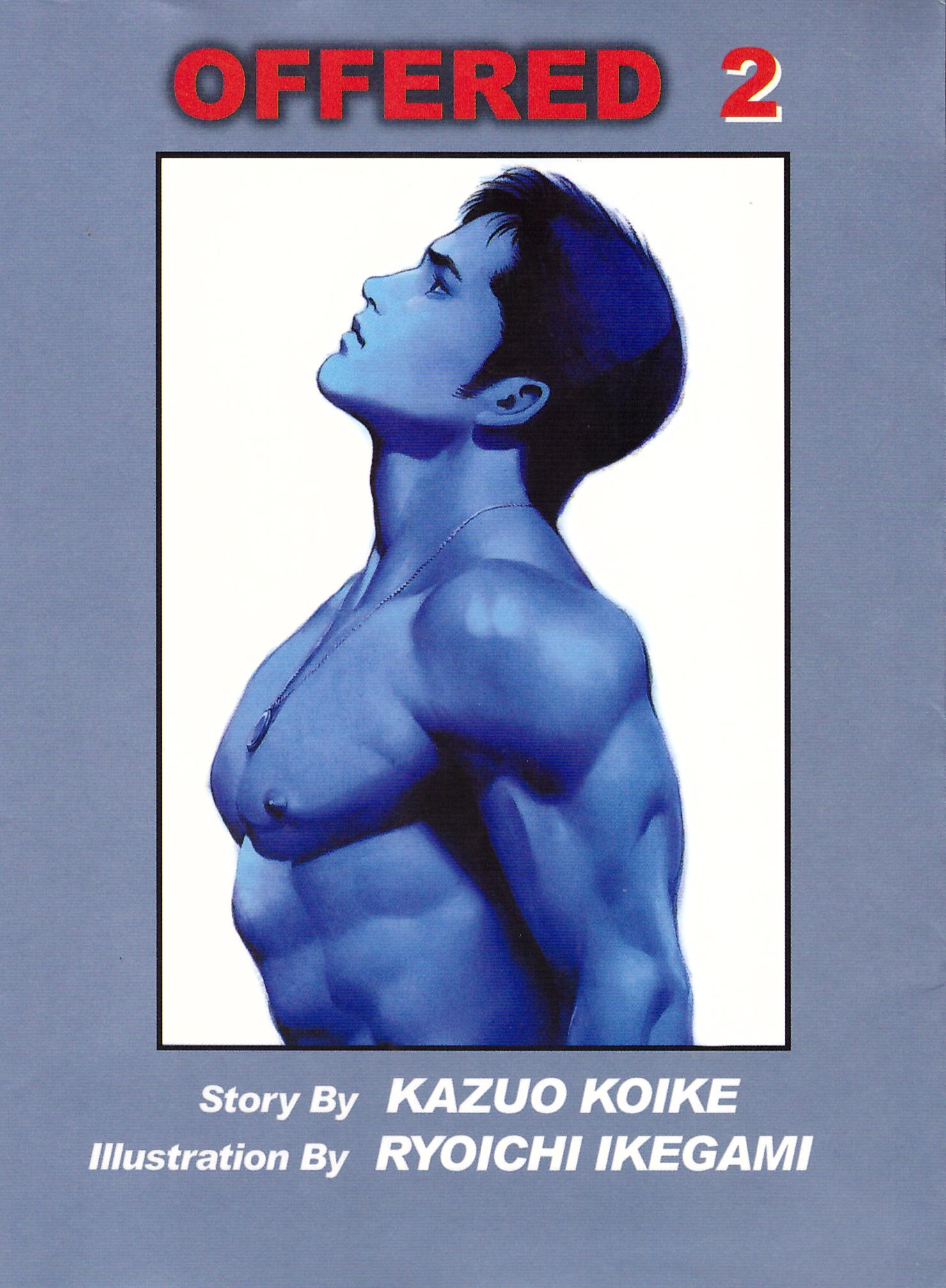 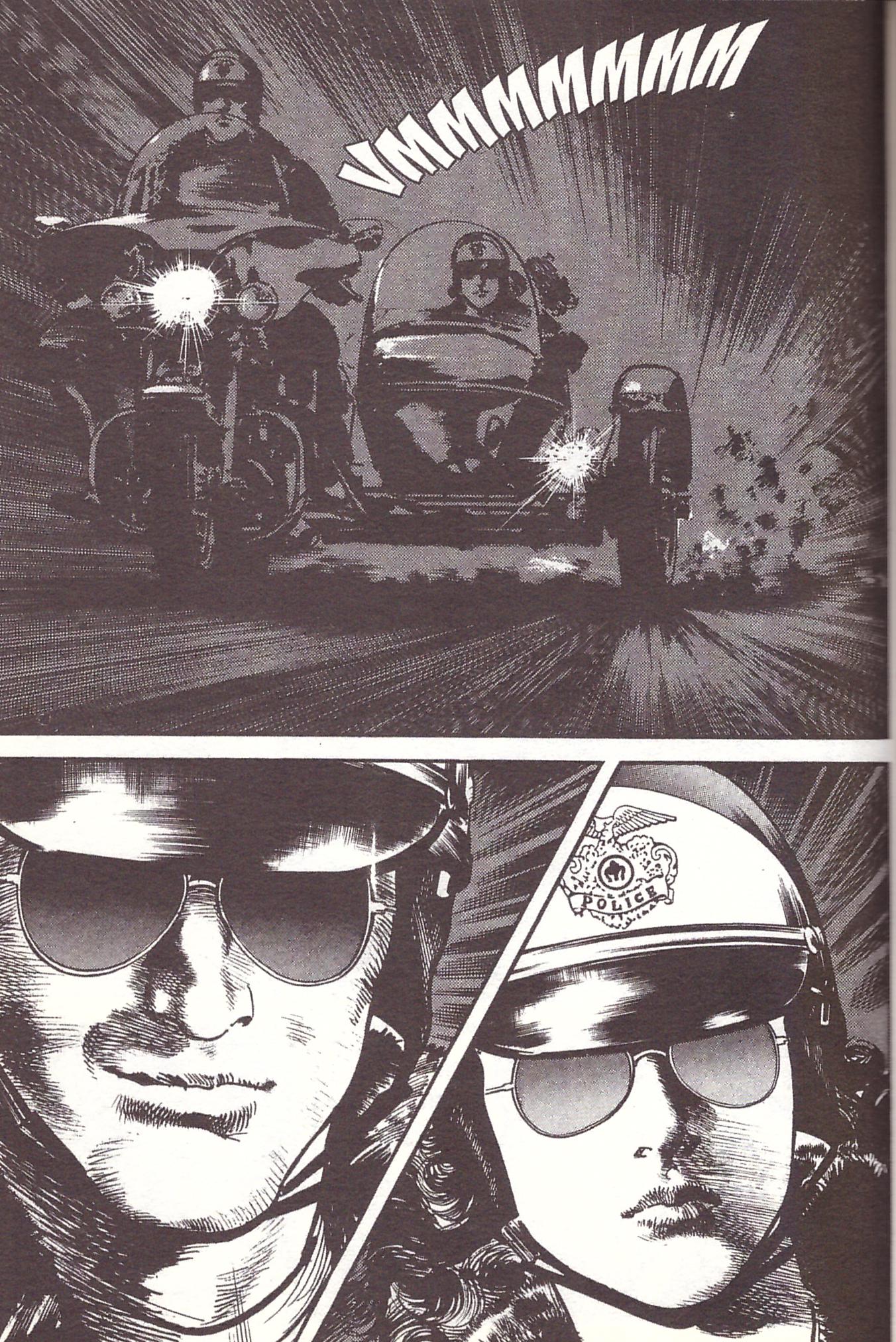 Anyone who’s not read book 1 is advised to do so to avoid what will otherwise be spoilers from the third paragraph. Kazuo Koike’s story in that previous volume was completely nuts, throwing in what appeared to be any visually thrilling random element that occurred to him, gradually pulling bits of it together in the final quarter of the book. Sadly, while little about this conclusion could be considered staid, it doesn’t match the first part for sheer insane energy.

Ryoichi Ikegami’s art matches that opening volume. He’s every bit as disciplined, and there’s little of manic exaggeration that’s come to be associated with manga, but there’s a great variation between his characters, who’re sometimes lovingly depicted,yet others come across as posed action figures. As with the first volume, there’s explicit sexual content, although of the bizarrely coy Japanese variety that permits no depiction of genitals.

In that book nineteen year old sprint champion Yu Tachikawa discovered he may or may not have been conceived by sperm from Gilgamesh that’s survived the ages, and if he wasn’t, his half brother certainly was. Mikhail has spent his years more ambitiously, establishing a power base in Turkey as a prophet while he searches for the riches of Agartha, a lost civilisation, and he hopes their technology will help him conquer the world. He’s a few steps ahead of Yu and his allies, who’d like to find the treasure, but are content for the world to remain as it is. They have, however, discovered a problem with the location of their nudist camp.

Again, character consistency isn’t a priority for Koike, who seemingly takes the cast wherever his imagination takes him. It provides an unpredictable thrill-ride when two members decide to provoke the police by robbing a bank, but under the circumstances was it really the best course of action? Still, it leads to almost thirty pages of fantastic action topped off by a nutty finale.

By the midway point Yu and company are in Turkey, and Koike and Ichigami deliver one frenetic scene after another, each thrilling and imaginative, but one especially perverse and not for those with a weak stomach. His portrayal of the main female characters leaves something to be desired. If they’re not fawning and sexually provocative they’re manipulative and flighty, but that lack of consistent personalities extends throughout the cast, with only Yu and Mikhail remaining true to their positions. They, however, are somewhat one note, and it’s puzzling. Elsewhere Koike has portrayed richly defined personalities amid subtle philosophical musings, so the presumption must be that he’s tailored his script to the cloth of an action movie template.

It befits the seat of the pants nature of Offered, that the conclusion is abrupt, but all plotlines have been explained, some less satisfactorily than others. It’s a conflicting work. The set pieces impress with their imaginative construction, but overall Offered is a uniquely personal and eccentric extrapolation of action movie tropes that’s excised pretty well any humanity.