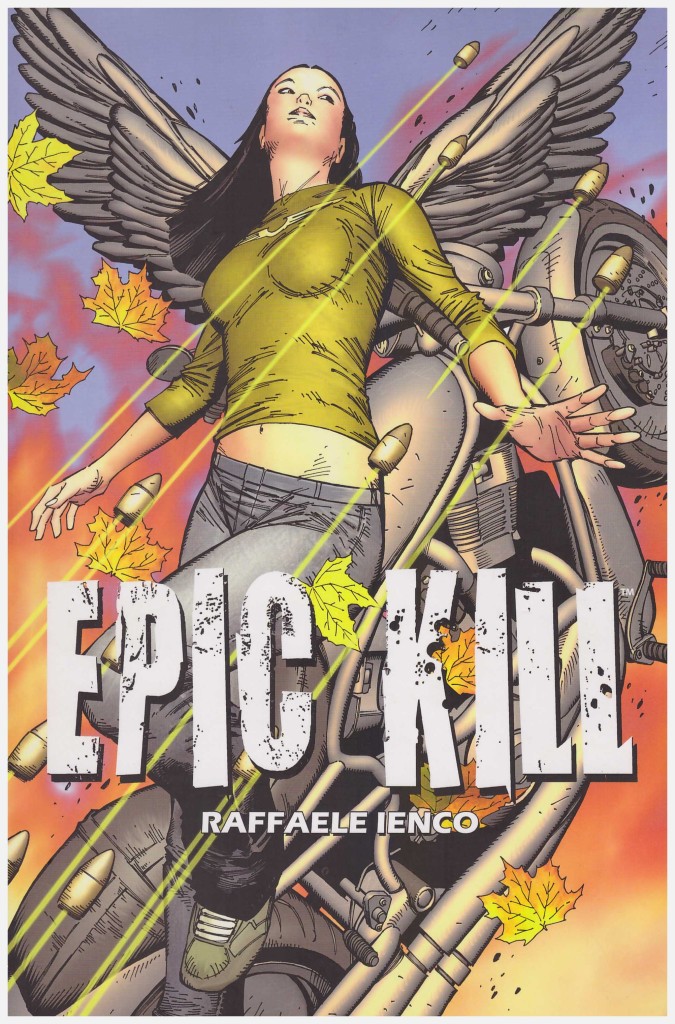 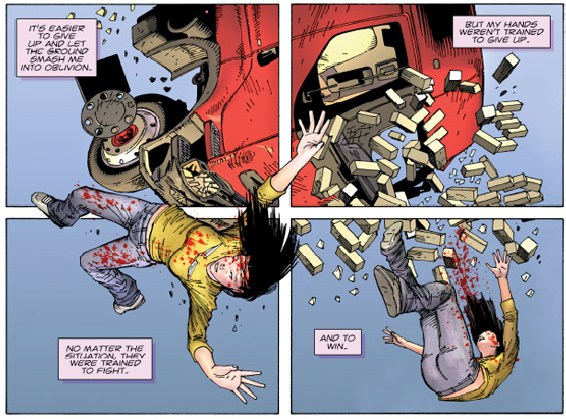 It’s quite the odd and unappealing cover Raffaele Ienco has chosen for Epic Kill, which although certainly representing the content, doesn’t come anywhere close to conveying his design sense and the detail of his art. That art and the relentless adrenaline rush of Ienco’s plot are the selling points here, and they combine for a thrilling combination.

We open with eighteen year old Song in a psychiatric institute. She’s aware of her surroundings, but uncertain of her background, which comes in glimpses involving intense combat training, while she identifies threats via hallucinatory images. The latter has little foundation other than permitting Ienco to throw in visuals of Samurai wolves or swimming sharks, but they make for stunning pages.

“I remember now. My time here is done.”, and with that Song escapes and spends much of the remainder of the book eluding heavily armed men, or confronting them. She discovers herself more than capable of twisting her body through cascades of oncoming bullets and facing up to the toughest gun-toting veteran. She’s equally capable when it comes to technology, usurping the vehicles of her captors and using them against other pursuers.

There’s barely a pause in the action from start to finish, and while Song has a purpose and a mission it’s merely a peg on which Ienco hangs his superb action art. His primary strength is his layouts. Imaginative, yet clear, he doesn’t quite match the obsessive detail of Geof Darrow, but there’s no shortage of effort here. Imagine how the scene of her tumbling from the truck shown as the featured image might be conveyed by the less committed artist.

Epic Kill features billions of dollars of jaw-dropping stunts over the four chapters, and it’s worth making the most of it as Ienco’s most sustained work to date. Everything since has been single issues for Marvel, and although considered volume one, there’s been no sign of a sequel.