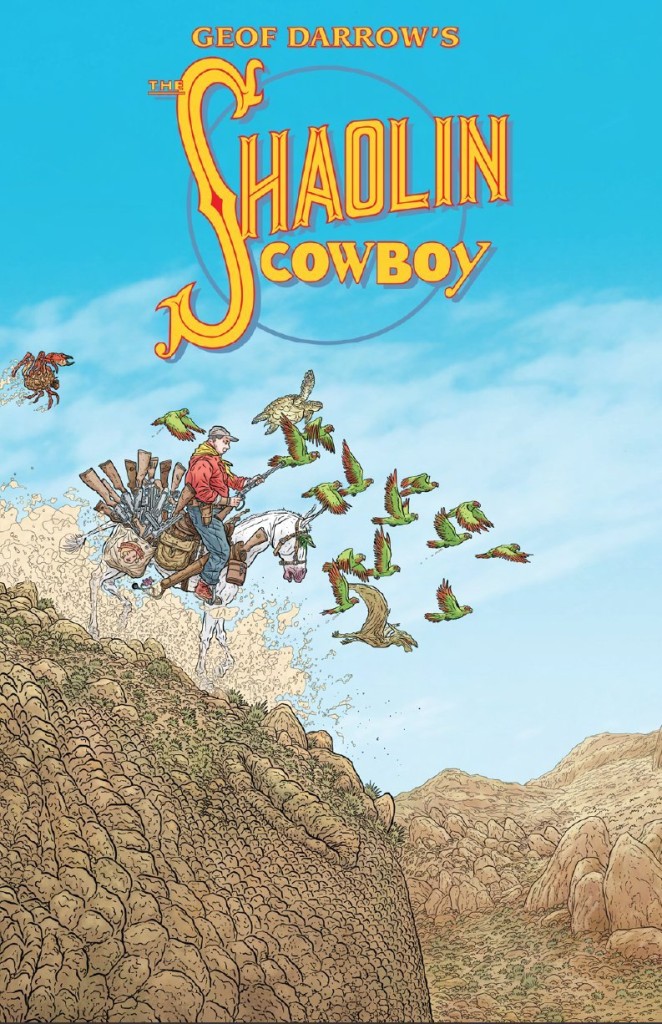 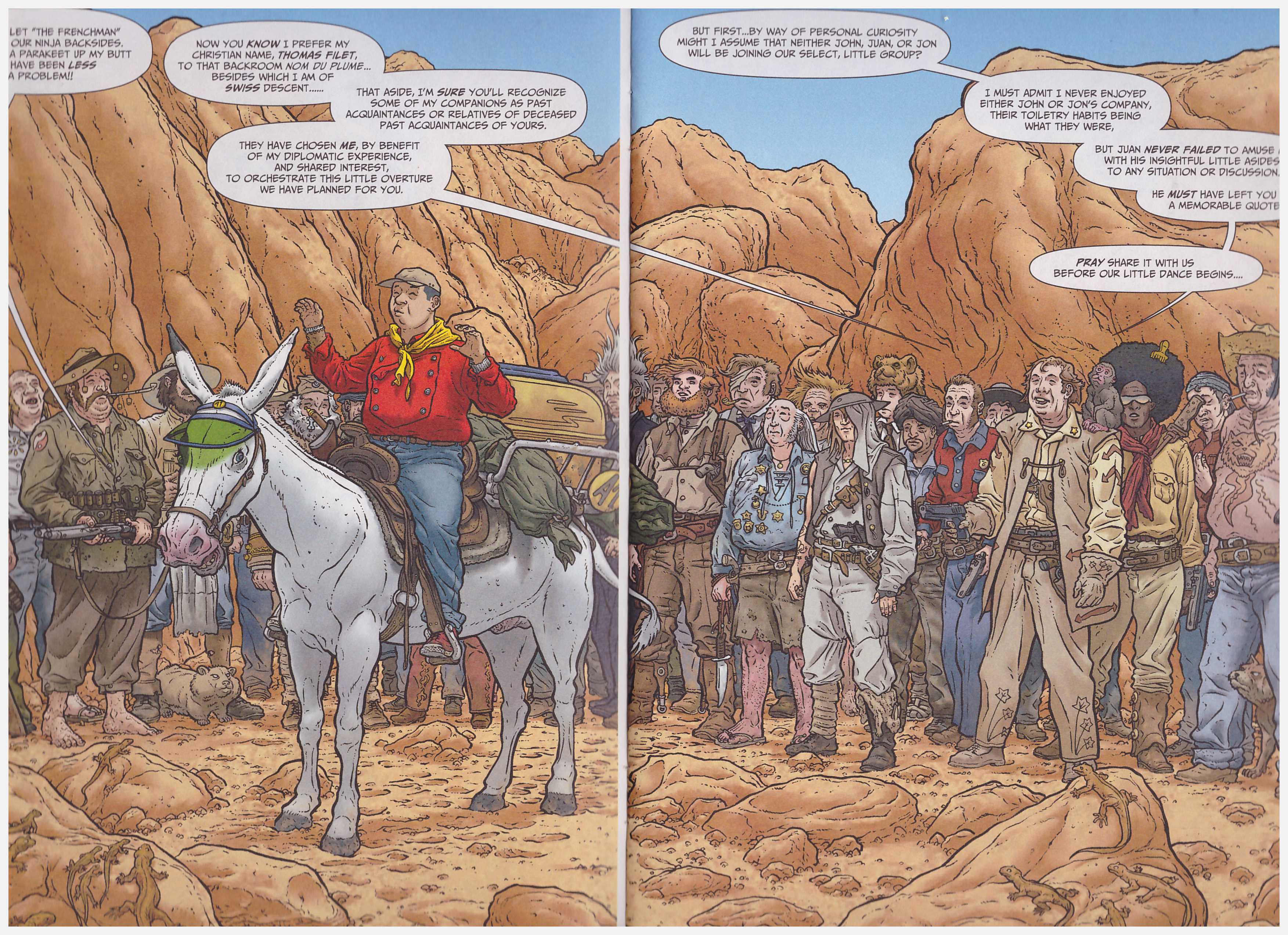 Already known for his ultra-detailed art from projects such as Hard-Boiled, Geof Darrow took the density to new heights with The Shaolin Cowboy.

Our first sight of the title character is several pages in, after the scene is set by lizards scuttling about a desert setting. Our small, tubby Oriental guy in a red shirt and baseball cap is first experienced off panel as he disposes of two would-be bushwhackers. He’s riding across the desert on a talking mule.

Shortly thereafter the Shaolin Cowboy runs into a posse of rogues. Darrow illustrates him with 21 assorted rogues behind him over a double page spread. These are extraordinarily drawn, each utterly distinctive, from the bulky barefoot guy in combat fatigues and cork hat gripping a rifle on the left, to the even bulkier smoking guy with large tats on the right. Turn the page, and there’s another two dozen ne’erdowells. This continues for a further three spreads until Darrow has drawn every single member of the 100 plus gang surrounding the Shaolin Cowboy in what, if joined together would form a 360 degree panoramic spread. It’s an astonishing, and possibly obsessive, amount of work that forms a spectacular illustrative statement. It’s followed by twelve pages in in which the Cowboy disposes of all but a couple of dozen of them in a choreographed sequence of balletic violence.

That’s a deliberate cinematic homage, with action presented in to slo-mo sequences, a technique distilled to a ludicrous degree in the following Shemp Buffet.

Darrow casts assorted wonders over the following pages. We have a giant talking crab out for revenge and a lizard so large it carries an entire landscape on its back, along with a city. There’s a skeletal assassin whose head is detached from his body, two further odd lizard creatures, and a bizarre baby with bloodied arms, in a nappy.

The Shaolin Cowboy is essentially the same person as Bourbon Thret, a character Darrow created for publication in France when he lived there in the 1980s, stringing two random words together for his name. This remained unreleased in English until the 2016 Dark Horse edition.

The imagination and talent on display is prodigious, but don’t come looking for much of a story. This is a whimsical celebration of the absurd. In the manner of kung-fu movies, we have a supremely capable hero who’s unperturbed by any of the monstrosities he encounters, no matter how astonishing they may be, just setting about them. The little plot is just a mechanism for the art, so this book ending without any resolution is really of scant consequence.

As Darrow’s work is so much about the detail of the art, it’s a shame this is a traditional graphic novel format presentation. Given, however, that any plot is largely irrelevant, it might also be worthwhile taking up the suggestion of an Amazon reviewer and buying Shaolin Cowboy in three oversize French hardcover editions. They do miss the final chapter here, though, so it’s a swings and roundabouts choice. Thankfully the extras from the original comics are present, with illustrations of the Shaolin Cowboy facing off against assorted beasts, and Darrow’s faked covers of future issues.