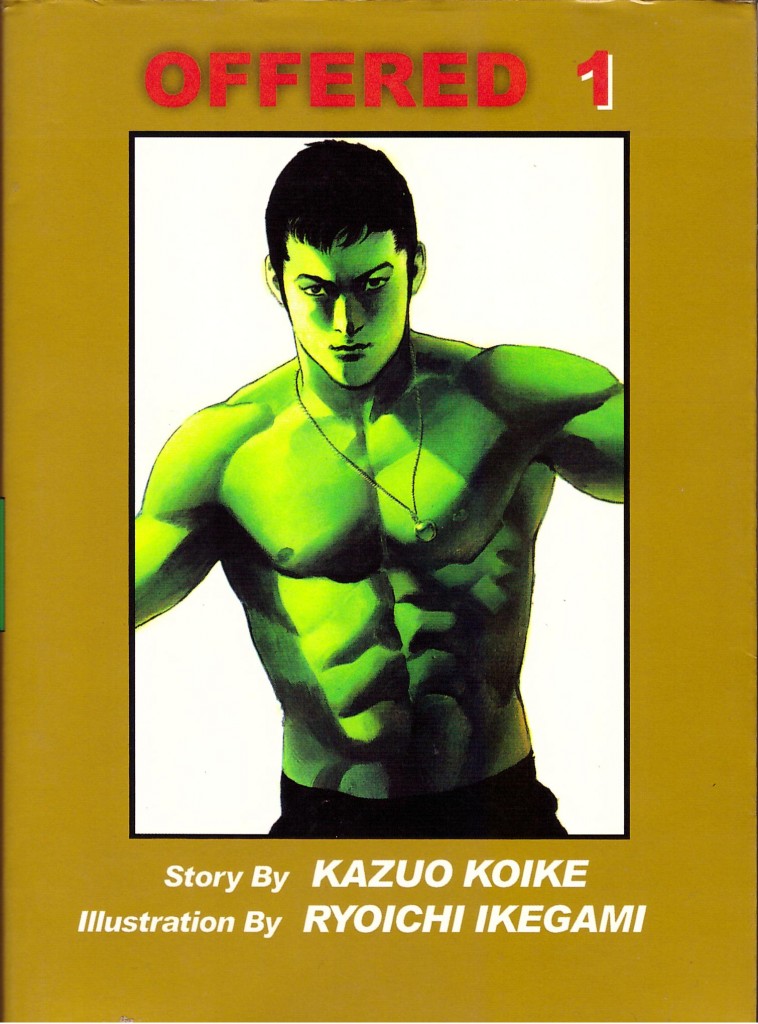 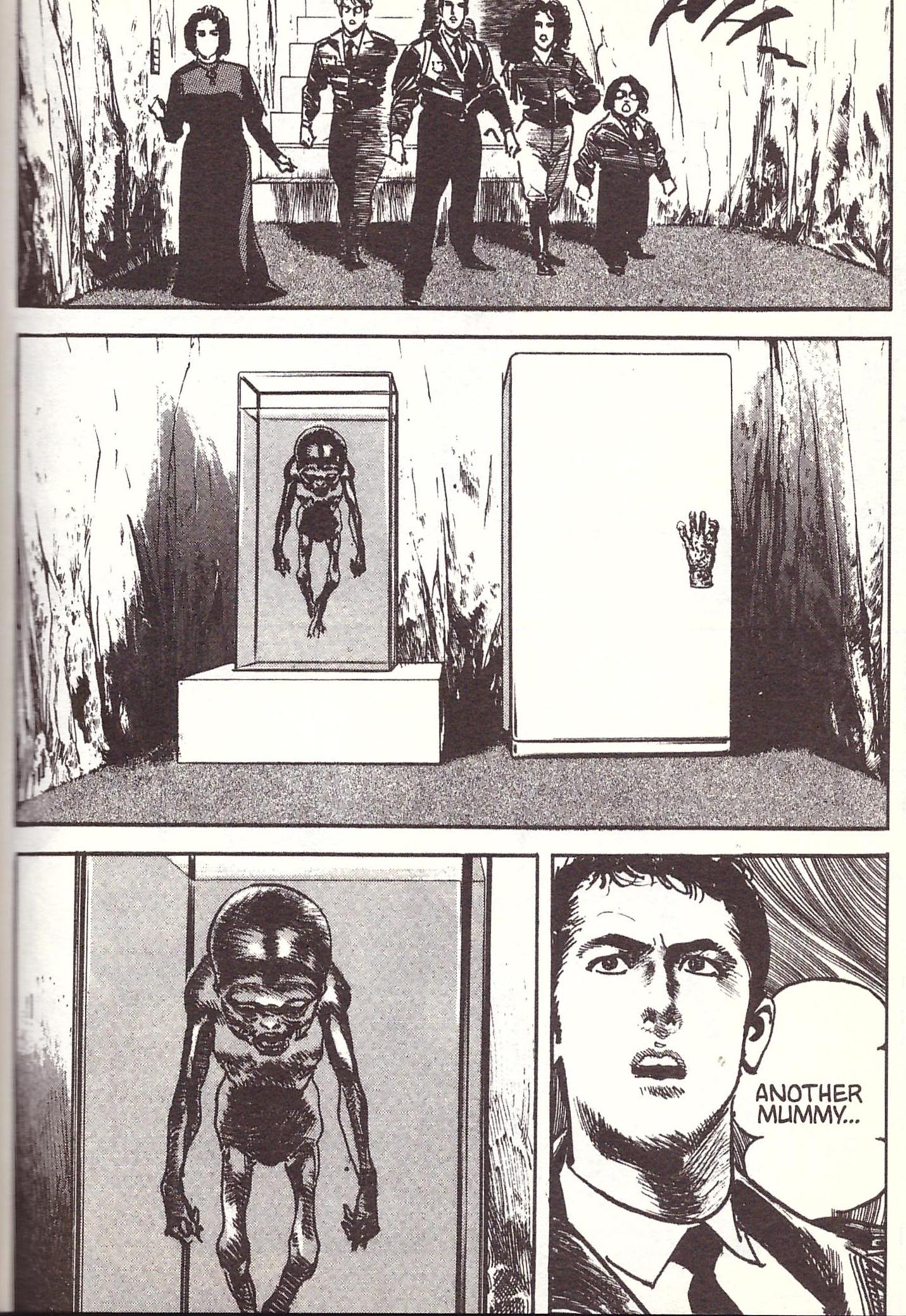 At nineteen Yu Tachikawa is a sprinting and high jumping phenomenon who appears to have the world at his feet until the night he’s abducted and told the people he believes are his biological parents instead conceived via a sperm donor. This provides the title of ‘The Offered’, which presumably works far better in Japanese, but could be seen to have other connotations later.

From a surprising opening, Kazuo Koike’s plot weaves around like the country bus, with mysticism and immortality the connecting threads. We encounter the Gilgmaesh of legend, take a trip back to Nazi Germany, visit with a biker gang, and hear of an ancient space travelling culture on Earth. There’s a late detour into the world of Turkish wrestling, we consider the problems of hypnotic commands, are introduced to a millennia old homunculus, and meet more than one woman determined that Yu will father her child.

To describe Offered as ‘bonkers’ is to seriously understate the case. By the time he wrote it in 1990 Koike was an experienced plotter with a twenty year career behind him, and it seems as if he’s confident enough to throw in whatever he likes in the knowledge that he’ll figure it out by the end. It’s this element, however, that ensures it’s extremely readable, as no reader can ever be sure of what’s going to happen beyond the obvious foreshadowing included.

Yu picks up some very able protectors, and despite his belief in letting matters lie, he’s gradually sucked into a world he’d rather ignore. All the nutty elements are wrapped in an action adventure plot that’s not short on car chases, explosions and martial arts fights.

Artist Ryoichi Ikegami had already collaborated with Koike on the very well received Crying Freeman, and takes the utterly ridiculous elements of the plot and provides a gravitas by playing them completely without exaggeration. The biker gang is threatening, although not quite as imposing as a gangster’s bodyguard, while the women presented are not only alluring, but contemplative, amusing and in one case manipulative, and this comes across in their visual portrayal. He supplies full backgrounds, although the reduced size of the art doesn’t always do this justice, giving an impression of smudginess. Offered is also very explicit, although in that weird Japanese fashion where women lovingly caress an area of white space extending from the male groin.

The final pages supply Yu and his gang with a mission equal to their newfound knowledge and capabilities, which leads us into the sadly not quite as bonkers Offered 2. There is time, however, for one final nutty chapter in which a nudist camp is set up. Yes, really.