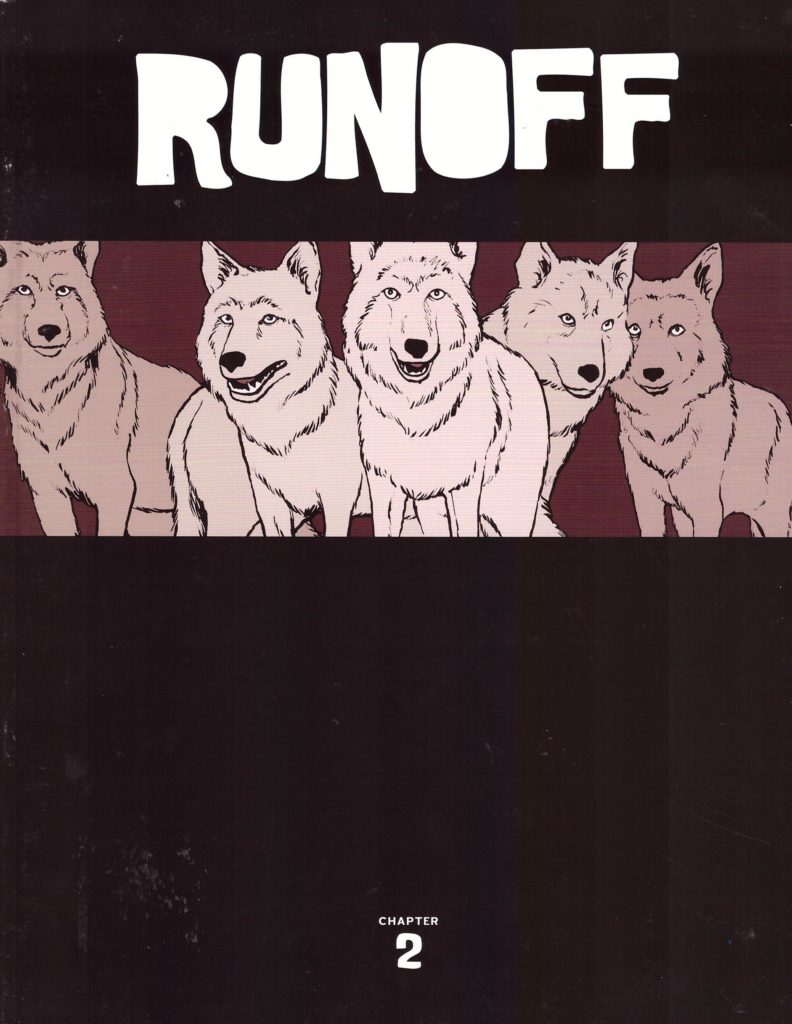 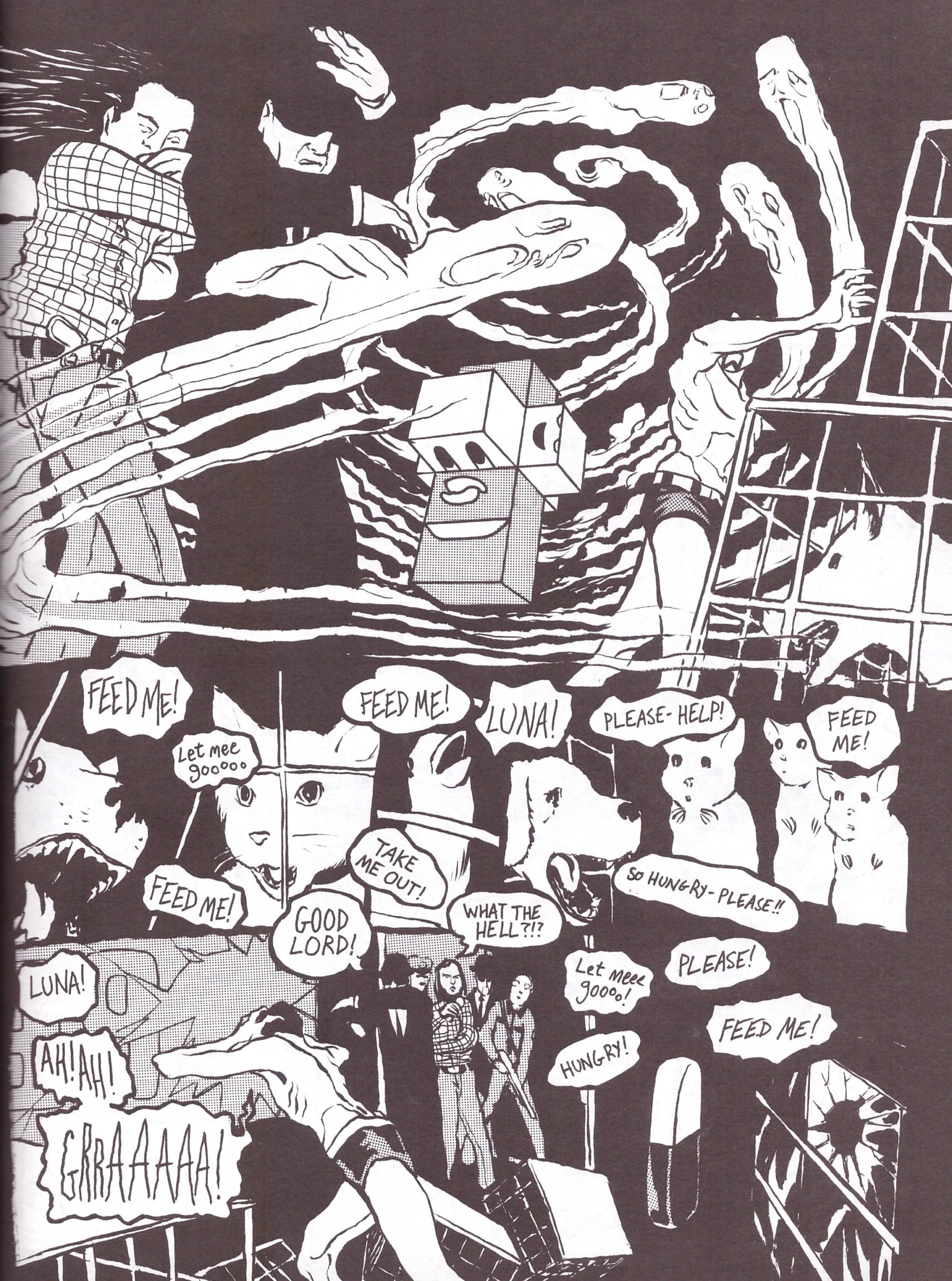 The small North-Western town of Range has to all intents and purposes been sealed off. People can still arrive, but they can’t leave again. Among other problems are four dead hunters or poachers depending on whose view you accept, a strange little hovering machine, and a mysterious corpse with massive canine teeth, sardonically named Mr Teeth. Chapter 1 ended with Mr Teeth coming back to life and escaping from the morgue. Chapter 2 begins with the immediate consequences, most prominently more corpses, and to add to the mystery the animals and birds have begun talking.

As previously, Runoff features compelling characters involved in intriguing situations, consistently well paced drama, a humane and understanding viewpoint, and some great comedy. Also as previously, the art completely fails to do the plot justice. There are a few pages where the layouts are interesting (a sequence with wolves in the woods works as intended), and Manning’s spread of scenery near the end is nicely composed. However, more often than not the layouts are basic, relying too much on a head and shoulders viewpoint, and the choice to separate panels with black lines rather than white gutters creates an extraordinarily cramped look. What should be dynamic is off-putting, the pity being it’s such a major part of what Runoff is.

Concerning the efficient territory of the plot, Manning weaves the cast through their paces, all the events occurring over roughly 24 hours, but he rings the changes thrillingly. Mr Teeth is explained, and further characters connected with him introduced, but in the manner of so much about Runoff, in nowhere near any expected fashion. Also nice is the way in which someone introduced in Chapter 1 has a greater relevance to what’s going on than expected. By the end Manning hasn’t explained everything, but a fair amount has been disclosed, and the problem becomes whether anything can be done about it. Chapter 3 provides the conclusion, or all three of these volumes are combined for a 2015 reissue just titled Runoff. 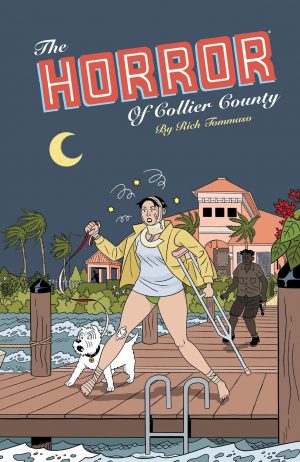