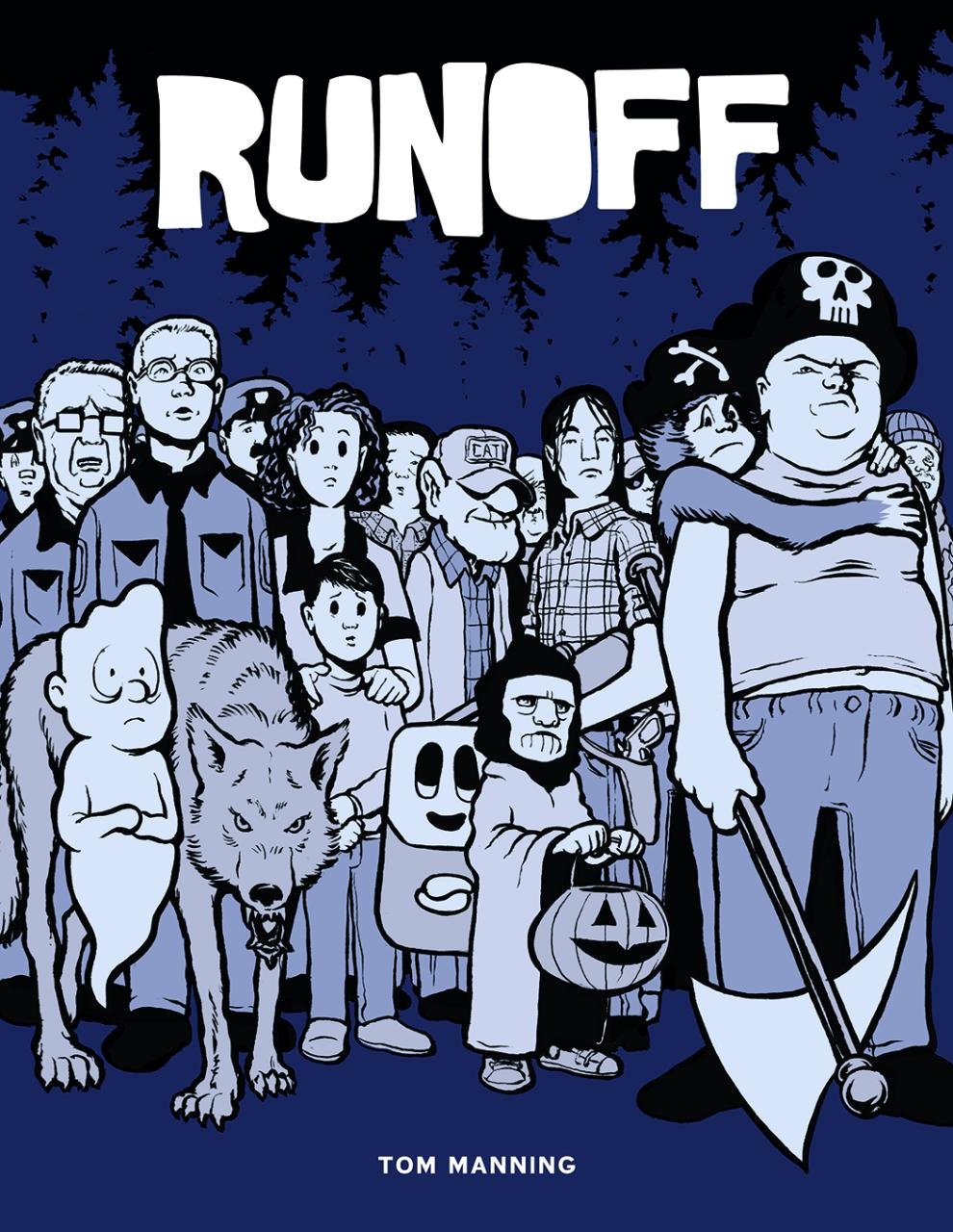 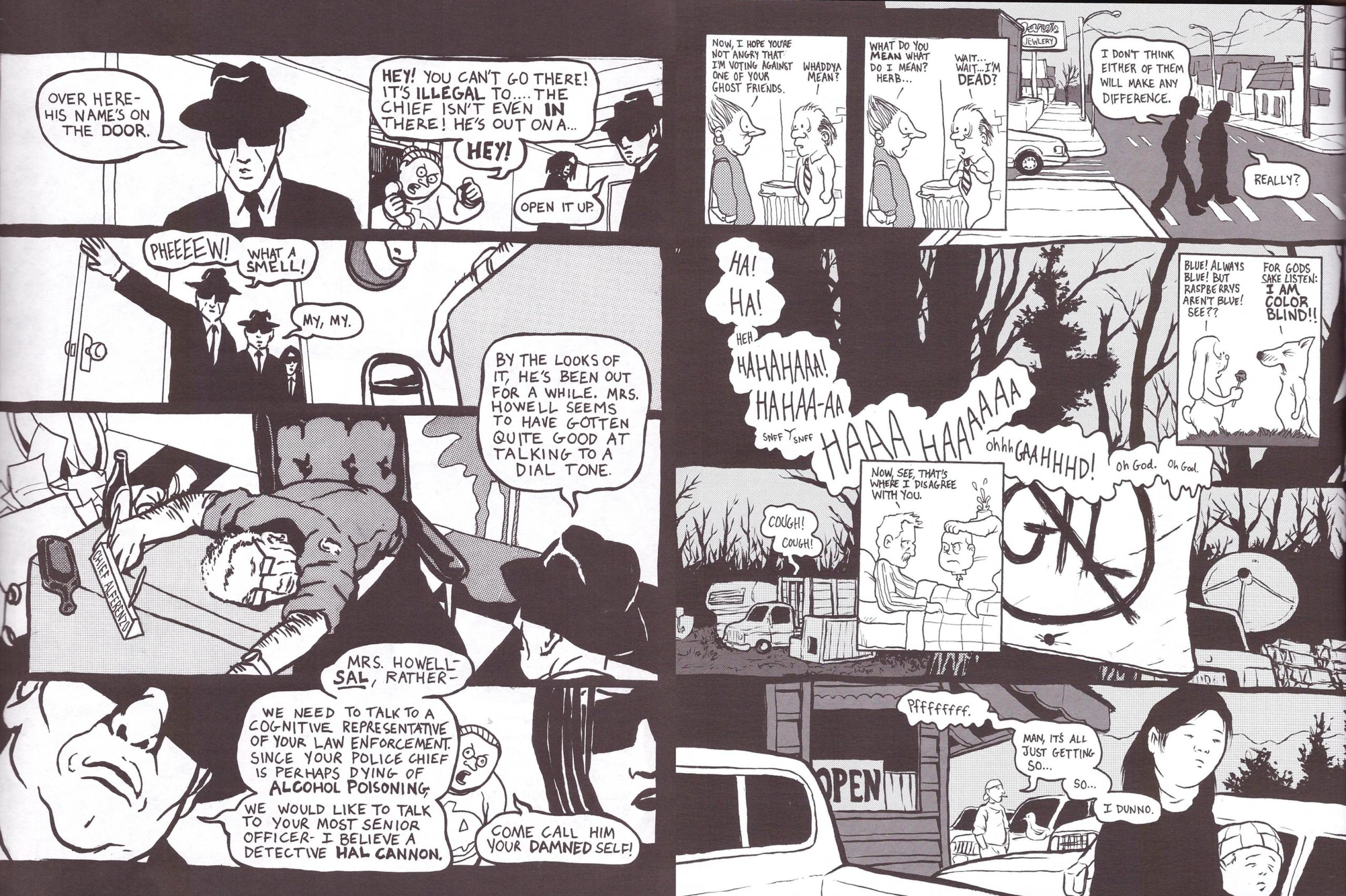 In many way Runoff is a graphic novel to get your teeth into, to stimulate and engage. Tom Manning starts relatively slowly with his introduction of a fair sized cast living in and around the small town of Range in Washington. There’s a native American community nearby, and that’s where trucker Gus Carver is headed when he knocks down and kills a terrified man who’s been poaching. Strangely, though, there’s a second corpse, human but with the dentistry of a wolf. Shortly thereafter it’s discovered that people can still enter Range and its surroundings, but no-one is able to leave.

Manning’s eccentric cast includes the wily old mayor, in post for fifty years, the ambitious guy attempting to unseat him, the alcoholic police chief and far more capable assistant, the Sqoumish police officer, the thug who believes he’s a pirate complete with trained monkey, and several others. They mix together in what’s built around the trappings of the horror story, with something ancient, savage and mysterious in the woods, but is simultaneously a drama, a comedy and a testament to human diligence and resilience. Runoff eventually explains the title as it introduces even more outrageous characters in mixing the scientific and the mystical. It really is imaginative and in terms of writing, extremely well told despite the occasional need for an info-dump running over several pages.

The drawback is the art. Manning can draw, presenting impressionistic landscapes and easily distinguished people, but makes the fatal mistake of avoiding the traditional panel borders and bleeding the art off the edges of every page. It results in a really claustrophobic look, with the cast crammed into acres of black ink and lacking the room to breathe. Further contributing is that Manning doesn’t vary the viewpoint as much as he might, although this alone wouldn’t be so problematic. In interviews Manning has revealed Berke Breathed’s Bloom County newspaper strip as his biggest influence, also presenting an eccentric cast in a rural location. Without being told, it won’t at first be apparent, yet what truly showcases Manning’s art at its best are the newspaper strip pastiches. They cleverly serve both as gags and to move the story forward, but mimicking the format enforces the use of traditional white columns between panels, which is so welcome on the eye.

A third of the way through Runoff the FBI have put in an appearance, as have ghosts, animals have started talking, deaths aplenty have occurred, and there’s also the matter of the mysterious little hovering machines. It truly is a mind expanding brew, of which Manning eventually makes perfect sense. The ending disappoints a little, not for what it is, but because it’s been thoroughly explained and Manning makes no effort to subvert this explanation. If the look of the sample art doesn’t put you off, it’s well worth searching out the intelligence of Runoff.