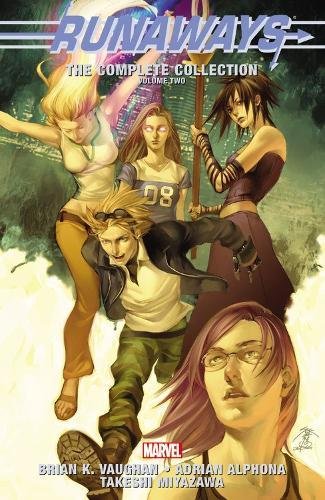 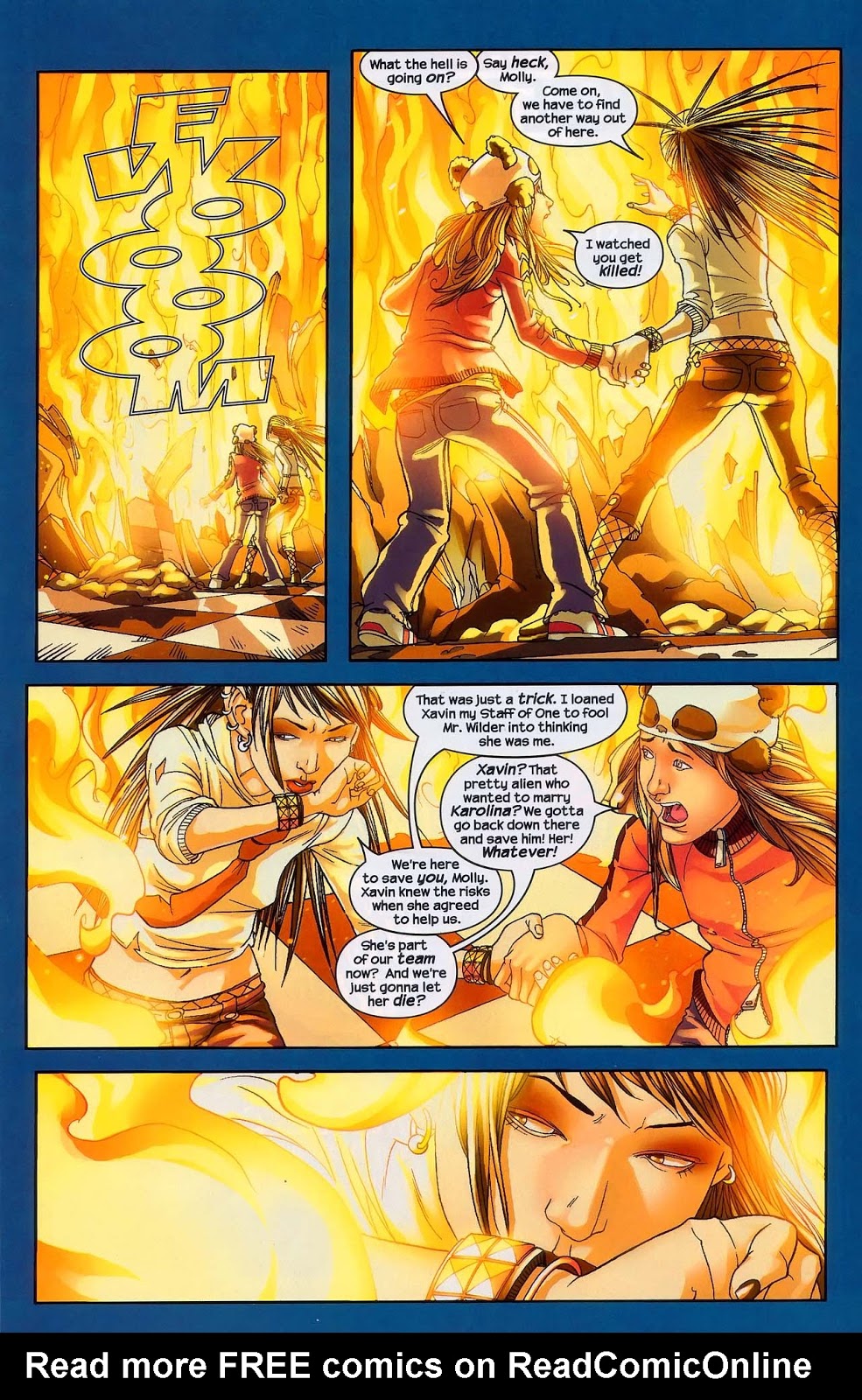 This second hardcover complete collection brings together the second story arc of  Brian K. Vaughan and Adrian Alphona’s misfit superhero team. After defeating their evil parents and uncovering the traitor within their group, the Runaways keep their namesake, and continue their journey on the run. Joining them is Victor, who as we uncover, also passes the evil relative checklist, however more so than others, he is at greater risk of going to the dark side which in turn causes some heated disagreements within the team. In addition, Karolina’s Skrull fiancée Xavier is also added, again bringing a unique extra-terrestrial perspective to the often internal problems of the Runaways. Vaughan really develops all of the characters new and old, but Xavier stands out for the way gender is addressed. Xavier appears as both male and female, a contemporary issue that fits effectively into the Runaways narrative, all of them struggling to gain a sense of identity.

As well as introducing new members, the second story-arc also expands and integrates the Runaways further into the Marvel Universe. Cloak returns in need of the Runaways aid, which in turn leads them to New York, the hotspot for superheroes. From Captain America to Wolverine and Spider-Man, the Runaways come face to face with the biggest superhero names. Vaughan and Alphona show off their wider expertise in the superhero genre and although not every chapter is filled with high stakes drama and exciting action, there’s a clear prgression of both writing and artistic skills as we delve more into the world of the Runaways.

As part of the collected edition, the Runaways also feature in their first crossover which was originally released as part of Free Comic Book Day. The Runaways run into the X-Men whilst they are out searching for Old Lace on the Walk of Fame. This links back to Molly’s earlier encounter with Wolverine  and is set somewhere before then and the end of this story arc. The X-Men arrive to fight for Molly who they want to take under their wing, but after a few action scenes they eventually realise they can’t force her to join and resolve to let her make her own decision when the time is right. Skottie Young draws this in an over the top, cuter, cartoonish style than Alphona. It is a simple, fun enough episode and it’s interesting to see the Runaways star in their first crossover. It further provides a lighthearted end to the volume, as the internal story ends in tragedy and drama, leaving the Runaways once more in disarray. As Vaughan and Alphona work towards their final chapter on the series, it looks like they are set to go out with a bang.

Runaways has a mixture of teen drama and superhero action. There are shock reveals and exciting cliffhangers,love and loss and everything in between. Vaughan and Alphona have truly cemented the characters into the Marvel Universe. Alternatively, missing the X-Men story, this content can be found in the paperbacks True Believers, Escape to New York and Parental Guidance.