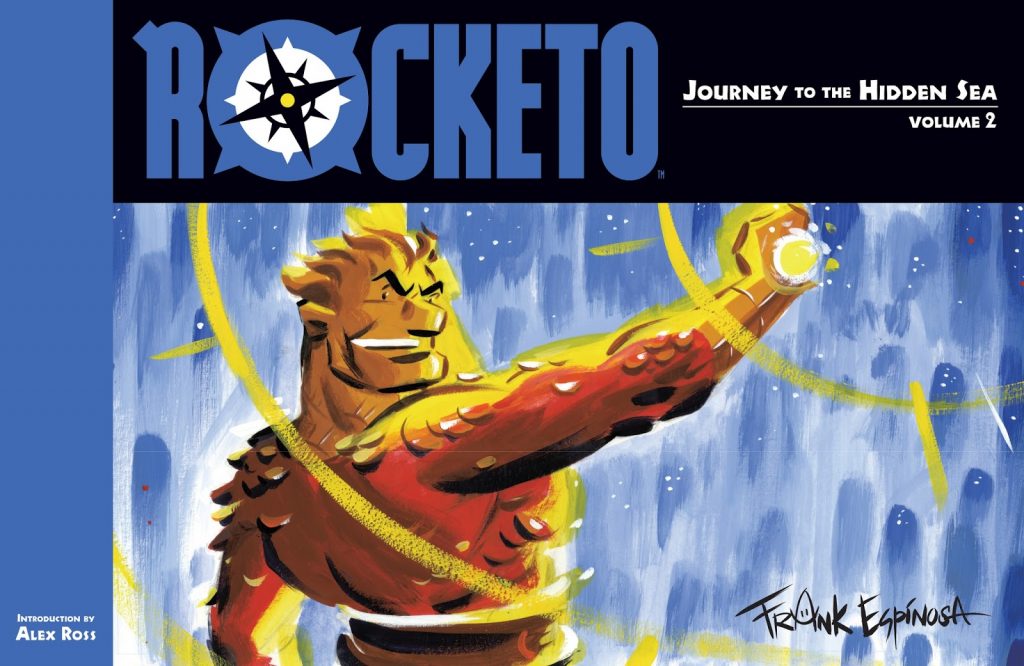 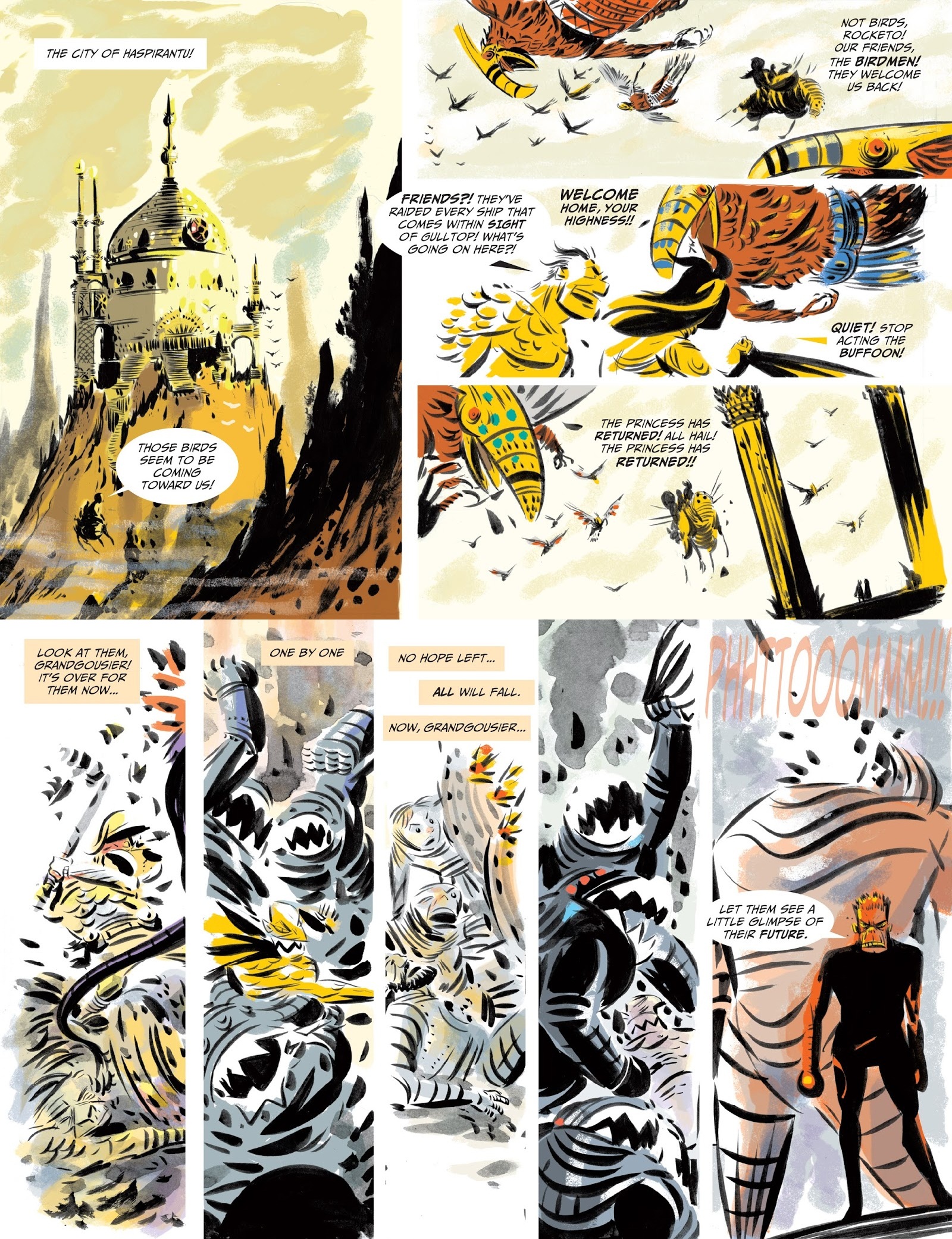 Journey to the Hidden Sea volume one introduced a world of wonder and stupendous imagination, an Earth in the future when the sea has risen to change the land masses, and much is unknown about new life forms and conditions. Rocketo Garrison is a Mapper, a man with inherent talents for finding his way in world where compasses no longer work. He’s part of a crew that have travelled to the Hidden Sea accompanied by a great treasure. Warned that they mustn’t harm a living creature, the warning has been ignored and the consequences are potentially dire.

Much the same applies to the second volume of Rocketo as applies to the first. Frank Espinosa and co-writer Marie Taylor construct a creatively fulfilling fantasy that’s absorbing, fast-moving and superbly drawn in a loose, expressive style by Espinosa, bringing his animation and storyboarding experience to comics. If there’s any change it’s that a greater theme this time is man’s lust for power and control. Over the first volume almost all the menaces encountered on the journey were creatures of this new world. Now a definite human touch is behind the danger. At the same time Espinosa and Taylor continue their world building by redefining the land entirely, and building new myths at its centre.

Most of volume one was the actual journey to the Hidden Sea, now there Rocketo must defend it in what becomes a classic adventure scenario. More so than the first volume this echoes the feel of the Sunday newspaper strips that inspired Rocketo, with each page moving the story forward. In places it also has the convenience of those strips, of a power emerging when absolutely necessary, but that’s also a euphoric release at the right moment. There’s a great physicality about everything Rocketo does, and while the story has its spiritual moments, his is the abiding pulp energy.

Because so much of this conclusion is action based, Espinosa’s tendency toward abstractions in the battle scenes is more prevalent than before, and clarity isn’t a priority. It’s a small price to pay for the glorious adventure provided.

Espinosa really immersed himself in his world when creating Rocketo, taking breaks from the story to create unconnected illustrations, and among the twenty process pages in the back of the book there’s a guide to the major cast members, locations, history and artefacts. The content indicates Espinosa intended to produce further Rocketo stories, but as this was published in 2007 any continuation looks unlikely. What there is, however, is a creative thrill-rush. 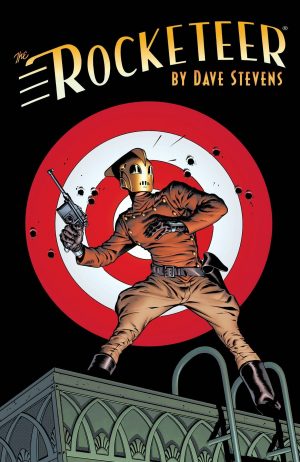