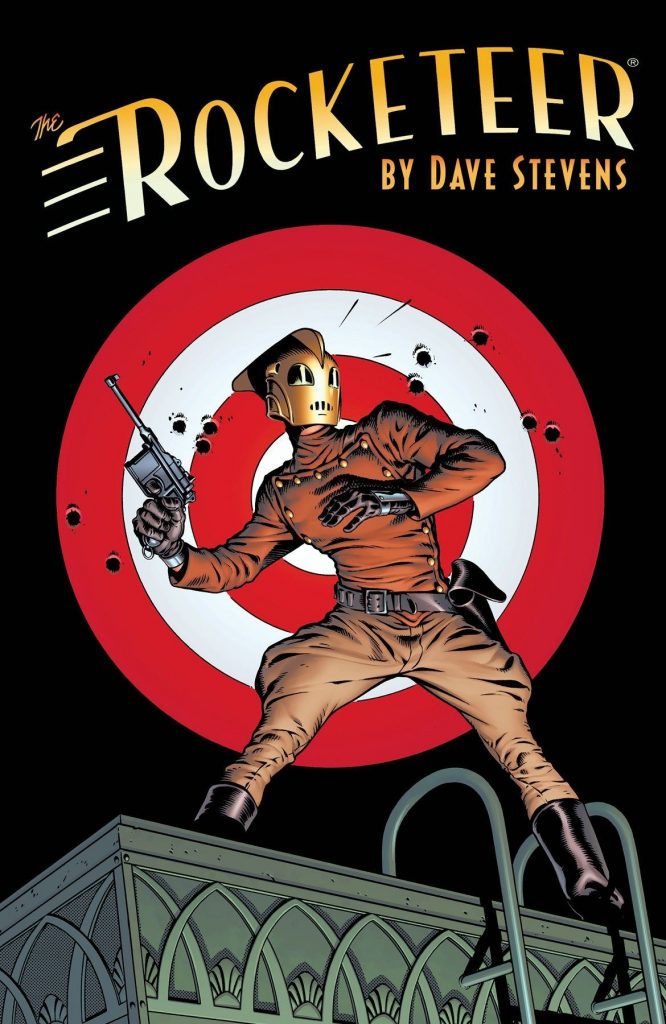 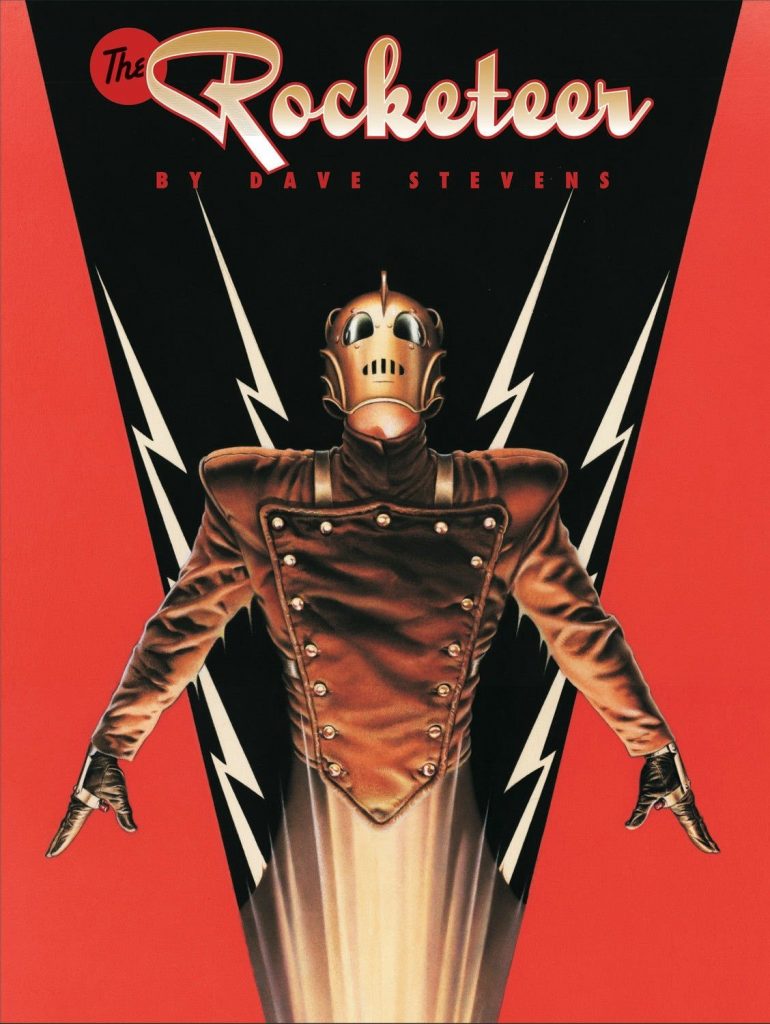 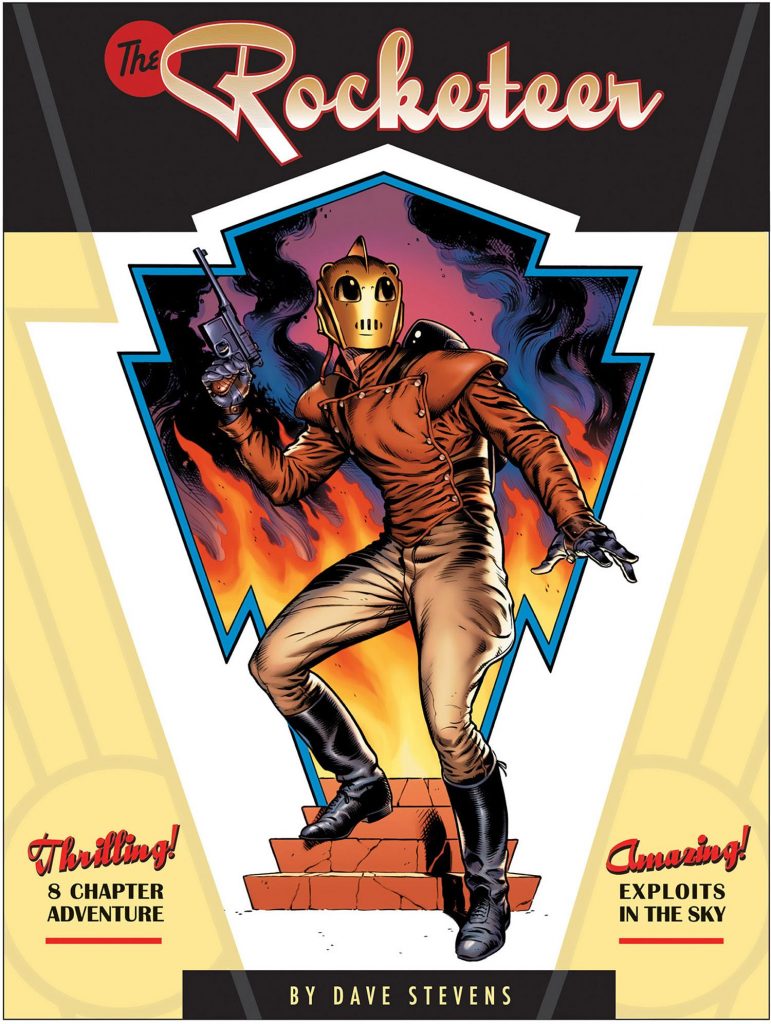 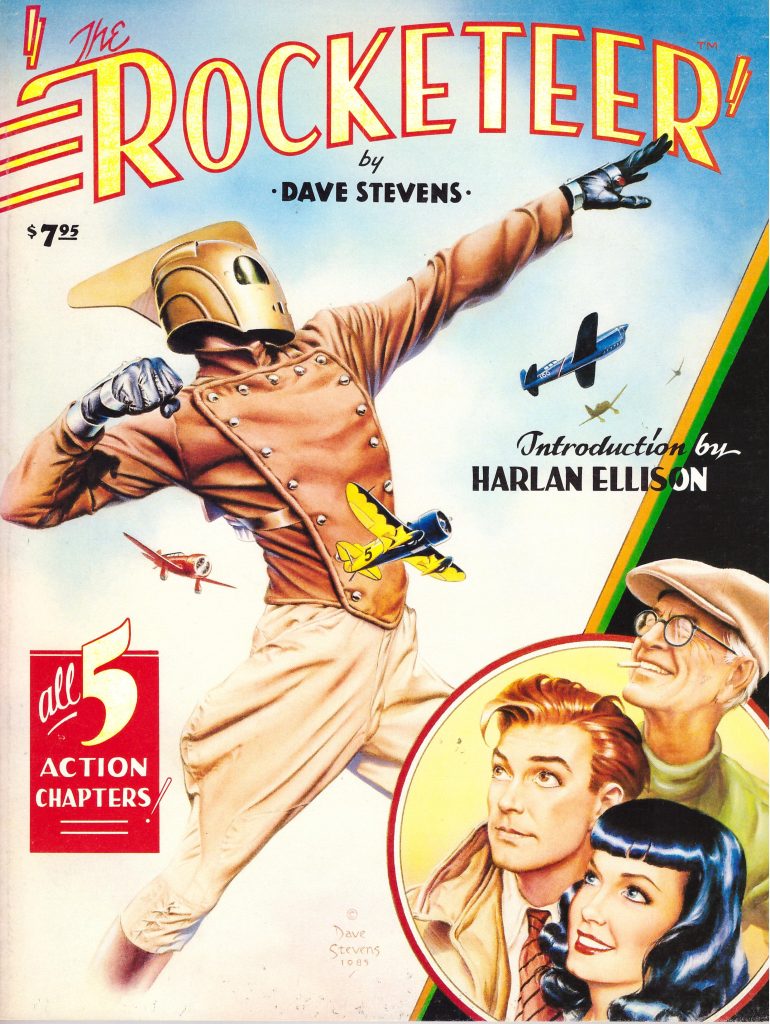 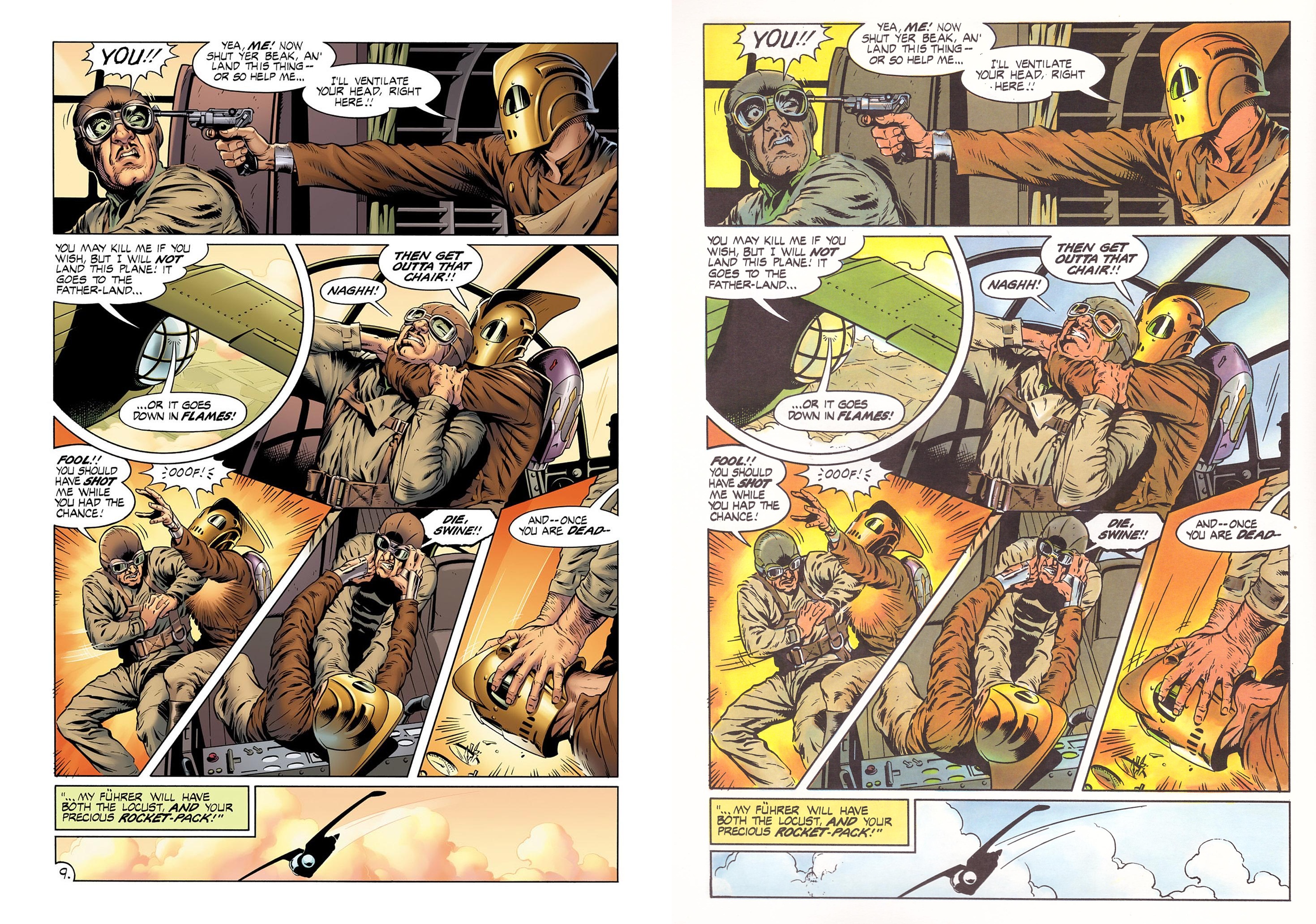 Dave Stevens. There surely can’t be another comic creator with such a formidable reputation whose fame rests on so few pages of actual comic strip. Almost his entire comics output is collected in The Complete Adventures, but what work it is.

In a Comic Book Artist interview Stevens recalls the genesis of The Rocketeer being his fondness for the idea of a man flying with a jetpack, but mainly wanting to produce a strip about late 1930s period aviation. So we have Cliff Secord, stunt pilot, operating from an aerodrome hangar, and into his lap drops an experimental engine that he can strap to his back and fly at 200 miles per hour.

Because the strip was created primarily to amuse himself Stevens threw in a lot more of what he loved. He worked in an animation studio with artist Doug Wildey, so cast him as Secord’s chain-smoking mechanic Peevy, and further cast 1950s glamour model Bettie Page as Cliff’s girlfriend. Bulldogs feature, and so do experimental planes and assorted period touchstones all lovingly researched and rendered in a beautiful line.

Page after page of stunning art, more sensitively coloured for this edition by Laura Martin, draws the attention away from a few plotting deficiencies. Stevens intended to recreate the improbable heroics of the 1930s adventure film reels, and the period detail is there, the mood is there, the cast are there, and so is the simplicity. There’s never any real sense of tension or danger as Cliff blunders to the rescue when Betty is abducted and then follows her away from California. He’s also very much of his era, inconsiderate when it comes to his girlfriend, but moves away from 1930s tough guy stereotypes by being a bit of a putz as he settles into unwilling heroics. It’s fun, but all the wonder is in the art. Part of that is because Stevens can appreciate a good design. He comes up with one of his own for the Rocketeer’s helmet, filters in unusual and experimental planes that look great, and deals in other iconography. The distinctive Bulldog Cafe actually existed, and later in the book Stevens makes the most from a funfair and its sideshow attractions.

Somewhat unfairly, when he was producing these strips Stevens had a reputation as a creator unable to meet deadlines. The truth was that he earned a very nice living in animation and film storyboards, and over-eager publishers tended to schedule his work despite his making it clear comics was just a hobby for him.

The first half of this collection was previously published by Eclipse in 1985. It’s in a slightly larger format, features an effusive introduction from Harlan Ellison, and some people may prefer the original, brighter colouring (sample page right). The newly coloured version has been issued in three editions beginning with an oversized, slipcased hardcover in 2009 to the paperback in 2015.