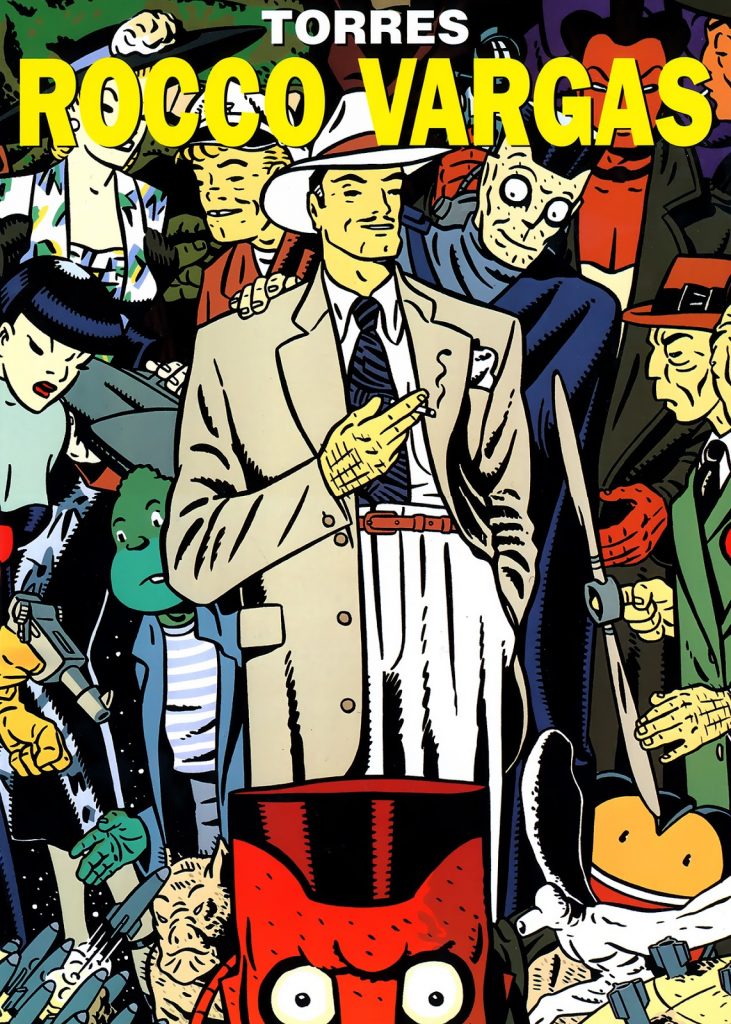 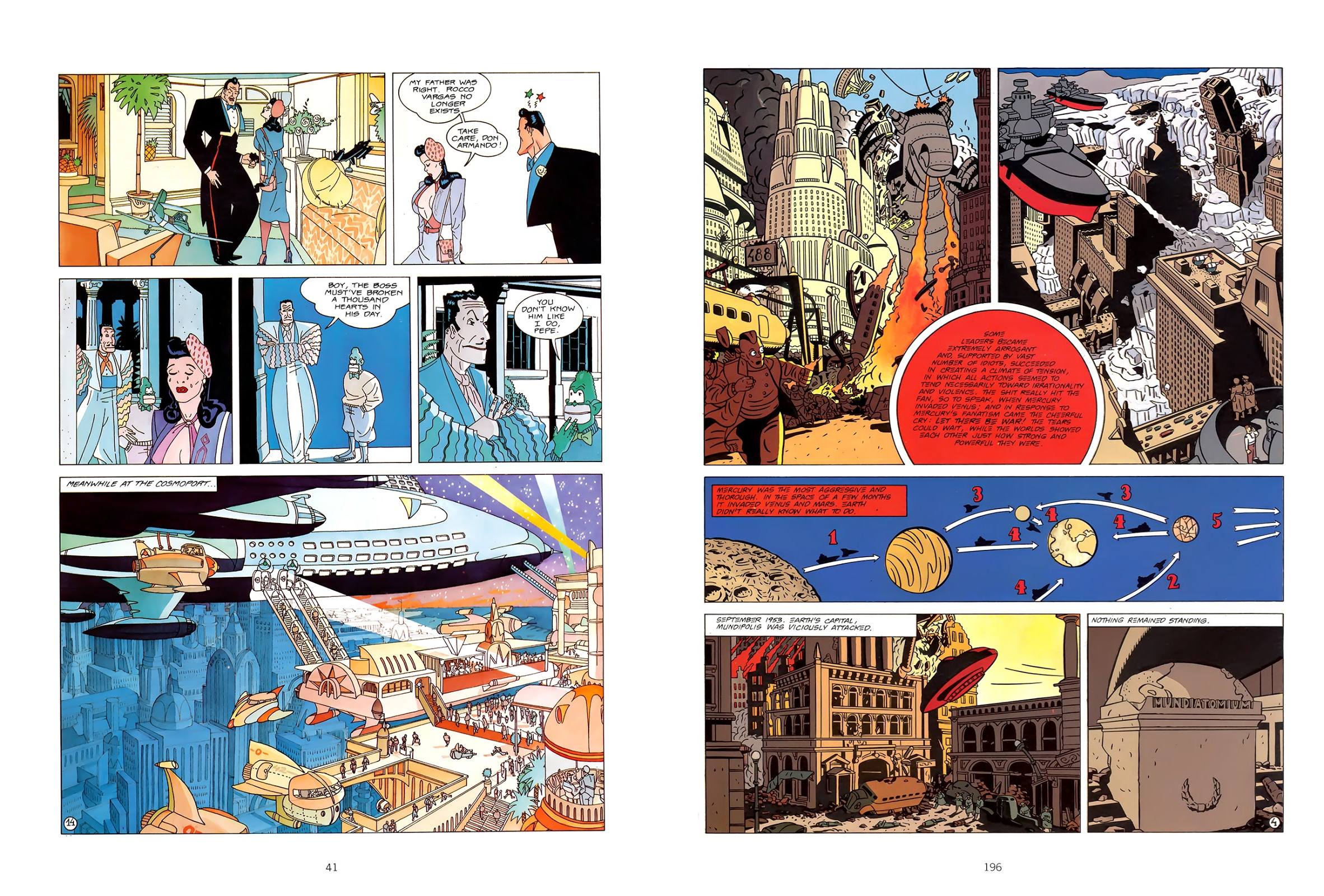 It’s strange that the work of Daniel Torres doesn’t seem to have stood the test of time, in English at least. His stylish ligne claire cartooning was very popular when serialised in Heavy Metal from the mid-1980s, all four stories gathered here first seeing print in English there before the first three were issued as graphic novels.

In a lengthy introduction Torres describes the solar system as it is in Rocco Vargas’ day, populated by an assortment of alien life forms and subject to continuing political intrigue that sometimes progresses to war. Yet in Rocco’s universe despite interstellar travel, it’s the 1980s. This is given a retro-future gloss by Torres, initially incorporating the high style of 1940s Hollywood, a look dropped as the stories continued. Rocco was once a renowned space pilot, but now uses an alias to write successful pulp novels when not running his stylish club. It takes the death of an old colleague to persuade him out of retirement, after which he takes his adventures where he finds them.

Triton, The Whisperer Mystery and Saxon show an artistic progression, and are all presented here with revised colouring. It affects Triton the most, originally given an especially vivid palette, as can be seen by comparing the left sample art with the page accompanying the separate Triton review. Strangely, that’s the only reprinted volume not to feature a new, and better, translation.

‘The Distant Star’ is the one tale not issued as a separate English language album, a wistful piece in which Rocco recalls his younger days, filling in the past Torres hinted at in earlier stories and giving us alternate looks at people we met in them. Aged ten in the 1950s on his world, Rocco is adopted by scientist Pierre Covalsky, and while with him learns to be an expert space pilot. Once that’s dealt with, we learn about Covalsky’s later work, and how he was co-opted. It’s a glorious tale, another leap up the storytelling scale, with both plot and art bettering the previous outing. Here Torres reduces the detail, creating clearer, better composed panels, but considering his starting point, there’s no short-changing readers. The comedy remains largely slapstick, but is better generated than before, and the story can be seen as allegorical, about how the optimism of scientific breakthrough and advancement is always betrayed by covetous interests. It’s thrilling, poignant and heartwarming, Torres emphasising personal principles, all neatly tied together, and perfectly drawn. Even were the earlier stories not already thoroughly entertaining the collection is worth looking out for these 46 pages alone.

In addition to the long introductory essay, the bonuses include full page pin-up illustrations, and several pages of production sketches between stories. Dark Horse persisted with Rocco Vargas, and issued three further stories in European sized hardcover albums beginning with The Dark Forest, but all three are also long out of print, while used copies command high prices. 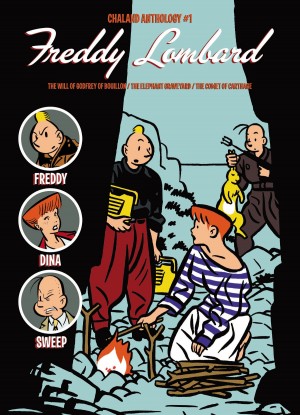 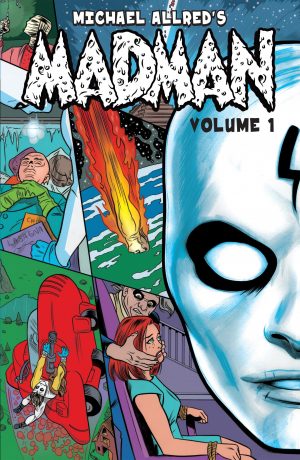