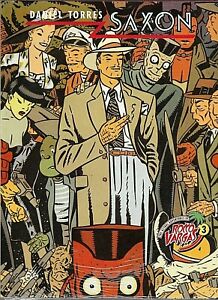 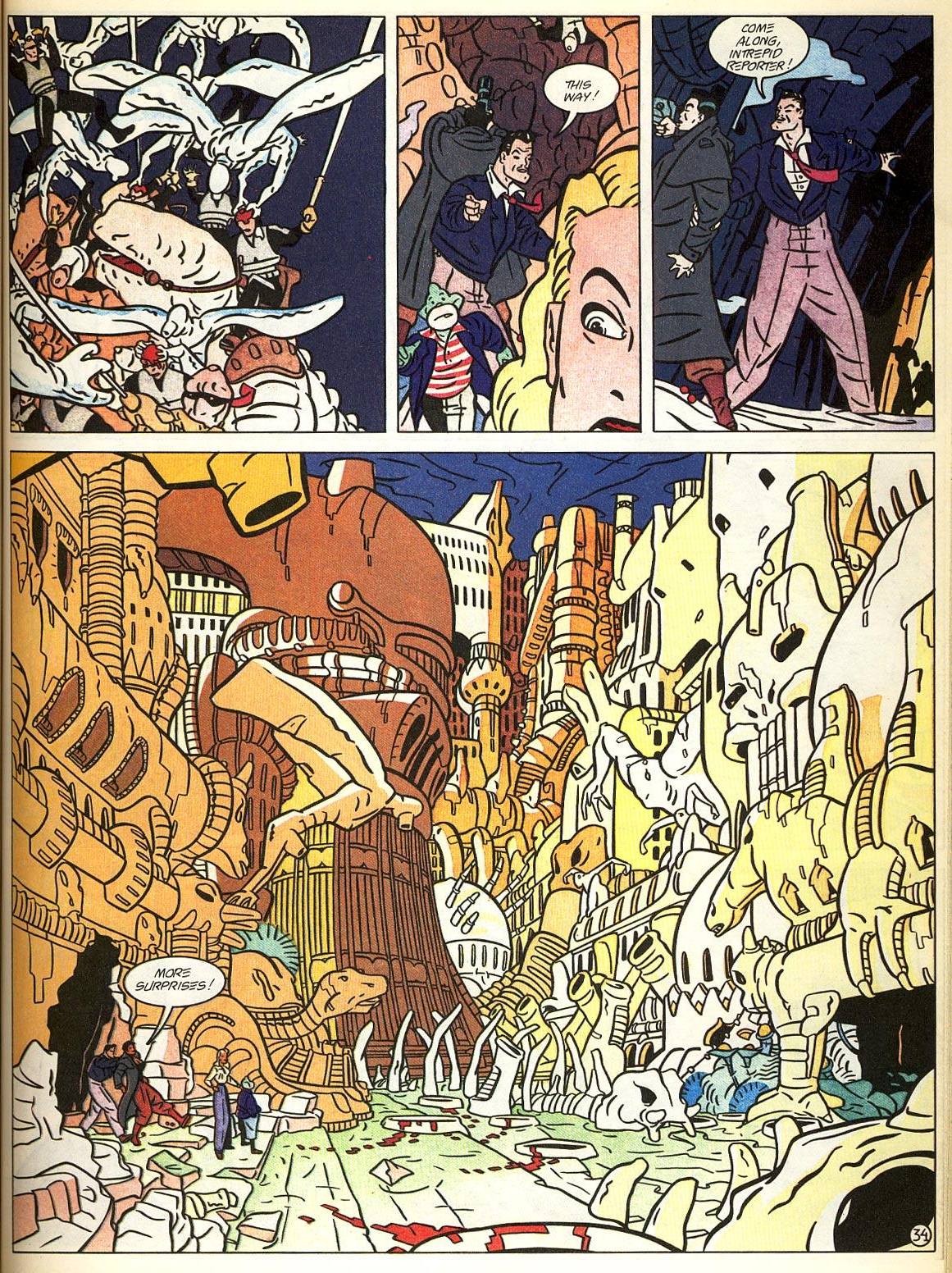 Rocco Vargas was dragged into a series of violent murders by chance during The Whisperer Mystery, but having become involved he’s determined to see things through to the end, which is where Saxon picks up. He suspects a criminal named Whisper is exporting fans as a means of disguising his drug smuggling business. However, on arriving on the Saturnian moon Rhea, one part of which is at war with Venus, Rocco discovers it’s a lot more dangerous than that, and vested interests are attempting to spark an expanded war. Is this beyond even Rocco’s capabilities to prevent?

Saxon was published five years after the first Rocco Vargas graphic novel, and while Daniel Torres started off as a capable and distinctive cartoonist, the progress is very noticeable. It’s all round improvement. There’s a greater consistency to the cast, he’s become better at panel composition, still including great detail, but ensuring the eye alights where it’s supposed to, better at laying out a page, and better at setting up his visual gags. Cosmo the robot again contributes some great moments.

Rocco arrives on Rhea with a full party, and rapidly makes friends with a reporter who’s discovered the truth. Because until this point Torres has prioritised plot over all but the most superficial character, it comes as a surprise when we discover that Rocco isn’t always the simple hero we’ve taken him for. In fact, there’s a point when separated from all his friends, he decides he’s had enough. There’s also a good twist relating to the past, and giving greater weight to Panama’s presence, as it’s seemed there’s been little purpose to it beforehand in this story. Torres opens the door to concepts he’ll use in later books, and he produces a chillingly effective and symbolic final page while emphasising the idea of small cogs in the bigger picture. However, while the art becomes ever better, this is a slightly less satisfying story than the previous two because those small cogs eventually change very little.

With a more sympathetic translation and modified colouring, Saxon also appears in the 1997 Rocco Vargas hardcover, collected along with The Distant Star, otherwise not released as a separate book in English, although serialised in Heavy Metal.