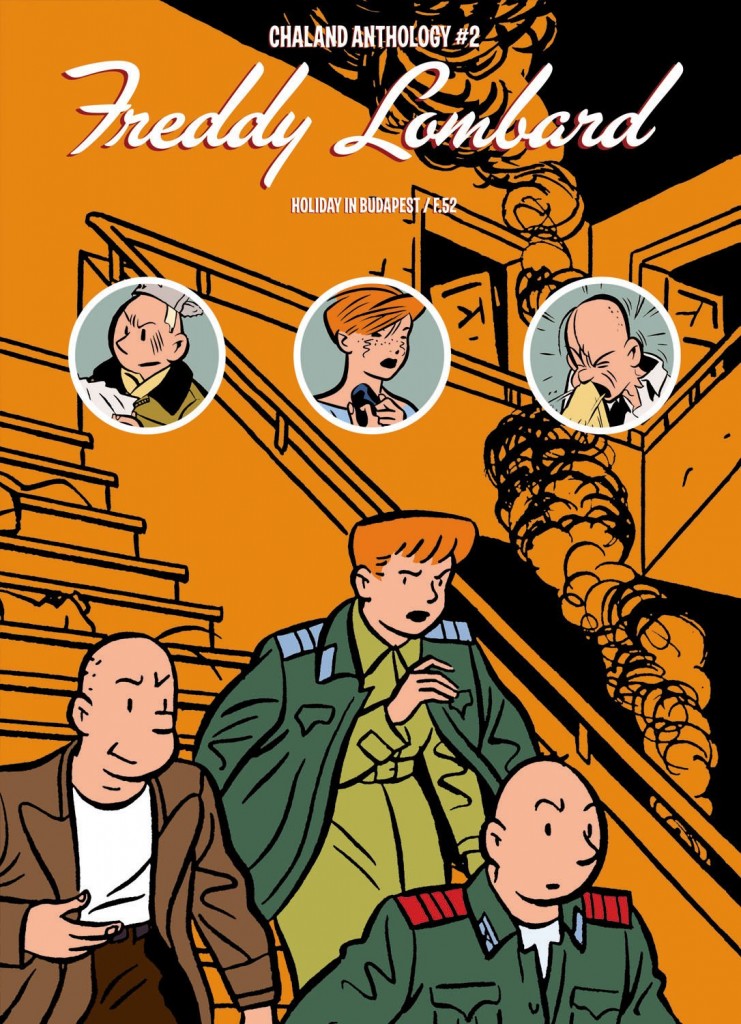 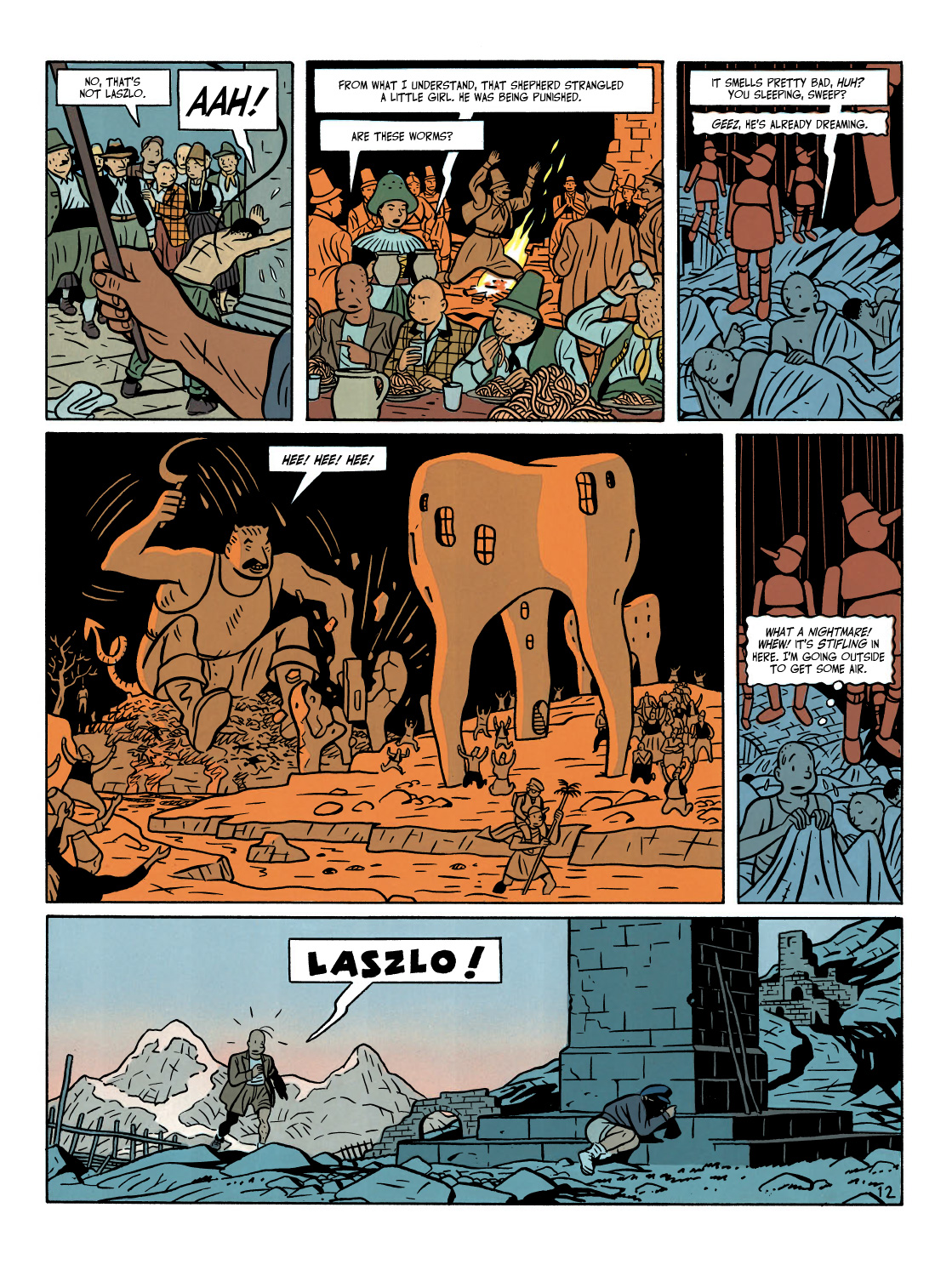 Volume one of Yves Chaland’s Freddy Lombard material ended with the first album length story, and this collection features the final two albums created before his untimely death in 1990. ‘Holiday in Budapest’ and ‘F.52’ are increasingly ambitious and both set in the 1950s despite Freddie’s proto-mohican hairstyle indicating a later era. Seen together they present two contrasting views of the era, one set in the desperation of Communist controlled Hungary with a repressed and downbeat population, the other the optimism of a futuristic plane.

In the opening story Dina is tutoring fifteen year old Lazslo in Latin. They’re in Italy, but he wants to return to Hungary and help his friends overthrow Communism. Freddy and Sweep consider it a decent joke to take him back, but events move beyond their control. As theydrive the long route to Budapest Dina is flown there to await Lazslo and has a rapid lesson in the realities of political life. Chaland straddles a fine line beautifully, involving his cast in the terror of the times without ever reducing the struggles to a joke. The best sequence occurs  in a police station. Freddy, Dina and Sweep’s priority is to acquire a specific form needed for other purposes, but shortly after their arrival the rebels attack. Chaland escalates this into several pages of fine understated comedy. Interestingly he makes more use of Dina and Sweep than of his title character.

Chaland’s art develops from drawing extended stories. The style was established from the earliest strips, but the panels are no longer as crowded, and he makes some interesting choices regarding what to show in larger panels. On the face of it a scene of people being deported to Russia from the Eastern station isn’t anything to emphasise, but Chaland composes a fantastic three-quarter page looking down at the unfortunates through a barbed wire barrier, the train stretching into the distance. He also makes good use of a statue of Stalin that once towered over the city, the plinth and boots now part of a suburban museum in Budapest.

‘F.52’ is an enclosed masterpiece, almost entirely set aboard an experimental plane able to fly from Paris to Melbourne in fifteen hours. Chaland focuses on several groups of passengers with crew members Freddy, Dina and Sweep the connecting points between them, and as the flight continues there are continuing disclosures about their purposes and personalities. That escalates into an intriguing problem, and there’s further concern about a spy who’s just evaded capture, except the crew can only identify him by examining shoes. There’s the precision of a Jacques Tati farce about the way Chaland has the large group of people interact, and a great visual finale.

Plenty of bonus material fills the rear pages, with artwork produced for foreign editions of the Freddy Lombard books, promotional illustrations, pages changed for book publication as they originally appeared when serialised, and plenty more.

Both stories are combined with those from volume 1 in the bulkier and more recent Freddy Lombard.