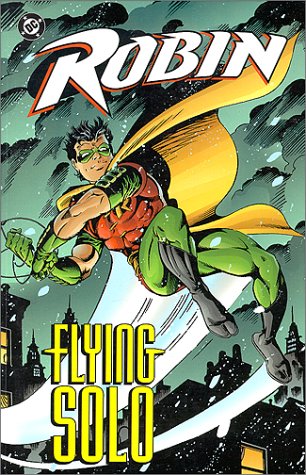 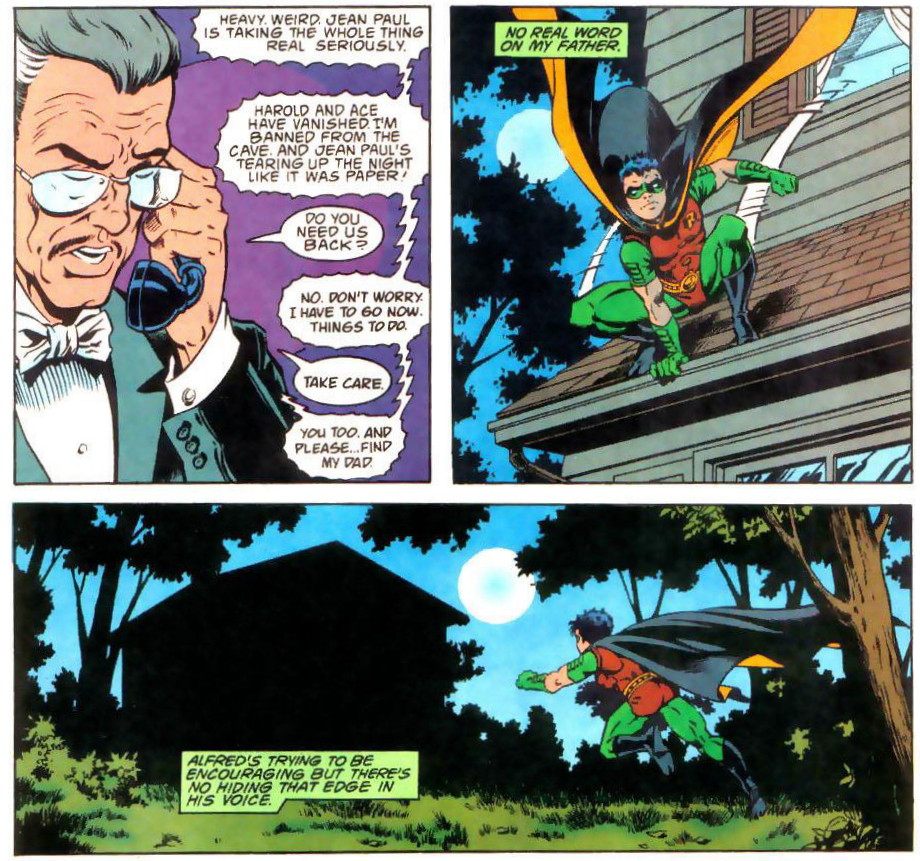 Following three well received miniseries, the first two collected as Robin Reborn and Tragedy and Triumph, Robin was launched into an ongoing series in 1993. Chuck Dixon remained as writer, but Tom Grummett was now artist, altering the look of the series with larger panels and differing viewpoints.

Flying Solo is set during the events of Batman: Knightfall, specifically the period when the more brutal Azrael is acting as an armoured Batman, and he makes it clear he doesn’t require Robin. Tim Drake takes the hint and his souped up Redbird car, and leaves Wayne Manor. The villainous complications are provided by a gang of carjackers, and a group of Batman’s lesser villains (Cluemaster, Electrocutioner, Cypher).

In terms of his civilian life, it’s all going swimmingly to start with, but Tim soon discovers that constant nightly patrols as Robin are not compatible with maintaining a relationship. We’re also introduced to Spoiler, a character created by Dixon in Batman titles, and who would have a large part to play as the series continued in issues never collected as graphic novels.

She’s one of the better aspects of what’s presented here, an intriguing new character, and Dixon also scores with his tongue in cheek portrayal of the third rate villains and the troubles they cause.

The final tale is three chapters teaming Robin and the Huntress, although the opening sequence is resolutely from her viewpoint, detailing complications with the her family’s ties to organised crime. Phil Jiminez illustrates this, and he’s still developing as an artist at that stage in his career. The dynamic layouts are there, but he’s not yet entirely learned to tell the story and some of his figurework is odd.

As with the other Robin collections of material from the early 1990s, it’s perfectly acceptable superhero comics from the era, but lacks any compelling content to which a reader will return.