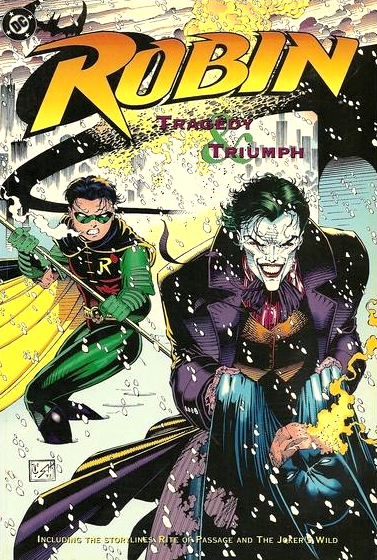 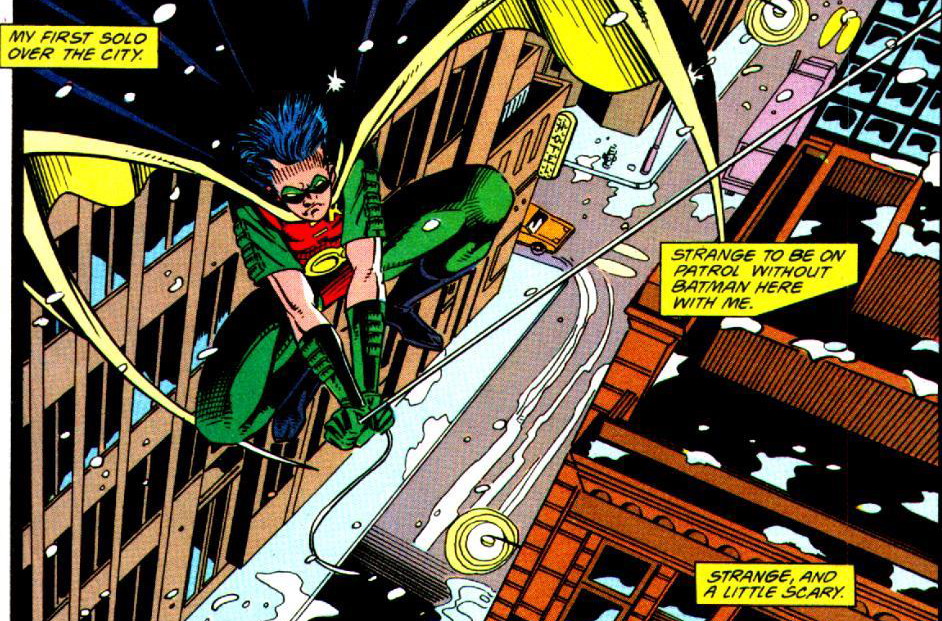 This is an odd collection, uniting two stories with Tim Drake the only real thematic link. In ‘Rites of Passage’ Tim is not yet Robin, nor really considering the post, and the following Joker story is his second solo outing once in costume.

Tim had been introduced prior to ‘Rites of Passage’, and within his rather unpleasant and selfish parents are lured to Haiti by a voodoo practitioner called the Obeah Man, who terrifies them and intends to hold them for ransom. This isn’t immediately apparent, though. While concerned, Tim buries his grief in detection work, while Batman identifies where the Drakes are being held. It’s a story constructed by Alan Grant to display Tim’s self-reliance and move him a step closer to his destiny, and if a little padded at four chapters, it works as such.

Norm Breyfogle takes a very stylistic approach to his pages. The bat-ears of his Batman’s costume are so sharp and pointed they’re almost small horns, and he’s fond of shrouding Batman in darkness. Less appealing is a costume that looks almost sprayed-on, with every muscle detail visible.

It’s now found as part of Robin Reborn, where it’s better placed in terms of chronicling Tim’s development. That collection (previously Robin: A Hero Reborn) also contains Robin’s first solo title in fifty years. It was a phenomenal success when issued as comics, so it’s no surprise to find the creative team of Chuck Dixon and Tom Lyle returning for a rapid follow-up.

They start with the Joker’s not particularly credible escape from Arkham Asylum, where he’s been since murdering Tim’s predecessor as Robin, a level adding extra tension. Batman is absent, and Tim’s unsure whether he’s up to the task of tracking down a heavyweight like the Joker.

Dixon’s Joker has an unpredictable unhinged persona, veering between killer and clown, and he supplies a plot utilising early connective computer technology. Sadly, the price of being ahead of the times in 1991 is that the novelty has totally expired. In contrast to his first Robin tale, he seeds the tale with a greater focus on Tim Drake out of costume.

Lyle’s art here lacks the cramped and confined look that characterised his first outing. The cast have room to breathe and his Robin is lithe and athletic, and credible as a teenager.

The tension of the first Dixon/Lyle series has been replaced by a puzzle, and it lacks the suspense. Both stories presented are perfectly acceptable superhero comics of their era, but of the type to be read once as a diverting hour rather than re-read. 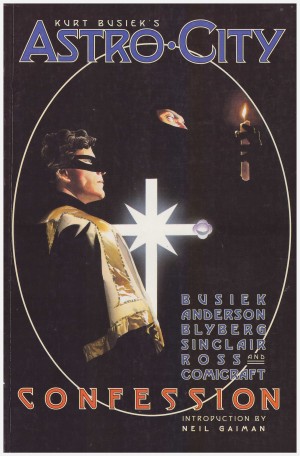