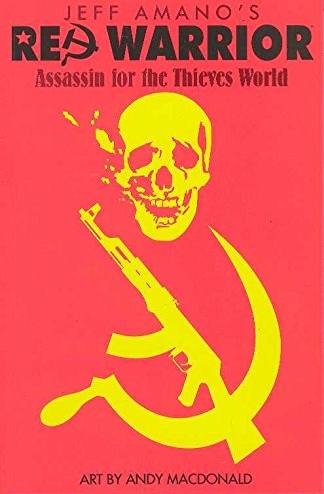 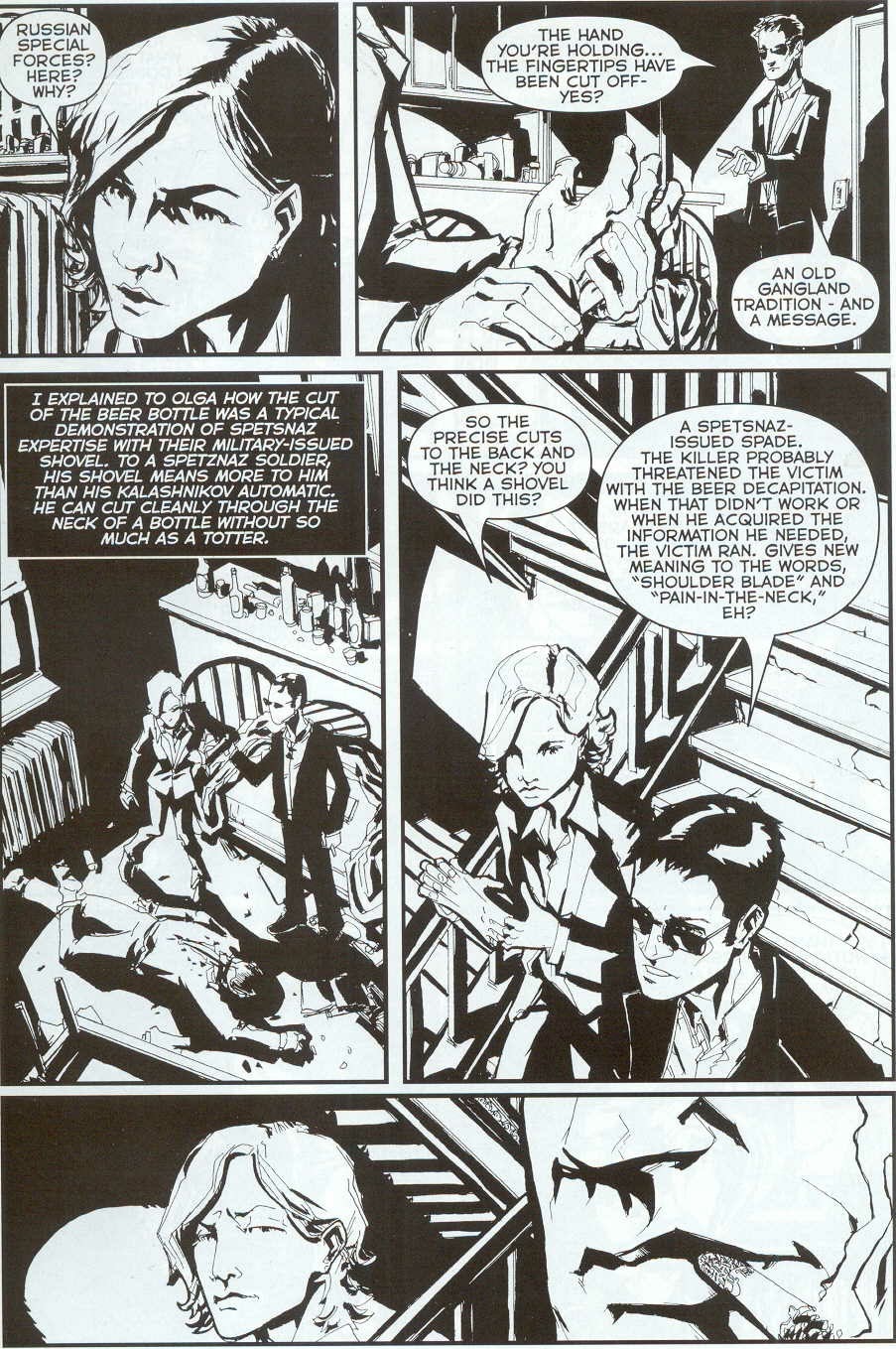 Tolik Kalinchenko is based in New York, but he’s a specialist working against threats to his Russian homeland. Cold and calculating, as characterised by Jeff Amano he’s a sort of Russian James Bond, but working in grimy rather than glamorous locations. We see him in efficient action before he’s tasked with convincing the daughter of a Russian gangster to rekindle a relationship and pass on information for the good of her country.

While the plot generates the required interest, there are many indications that both creators were still learning in 2006. Amano doesn’t always have the characters behave consistently, especially in some potentially dangerous situations, and his dialogue frequently doesn’t ring true, being peppered with clichéd flowery phrases. Andy MacDonald’s art is also a work in progress. His layouts, sense of focus and personalities are all fine, but he’d later iron out the difficulties he has here with some of the technical aspects like foreshortening and anatomy.

These limitations mean Red Warrior comes up short, because they constantly nag, which is frustrating as there is the basis of something good that never comes to fruition. Super powers feature, intended to add drama and desperation, but actually shredding the carefully cultivated mood whenever they intrude. Beyond that, it’s likely readers will predict at least one major event near the end, and while there’s a dramatic tension in places, such as Tolik snooping around a mansion, too much of the time he’s a venue for glib lines, not substance. It all adds up to a graphic novel best left in the past.