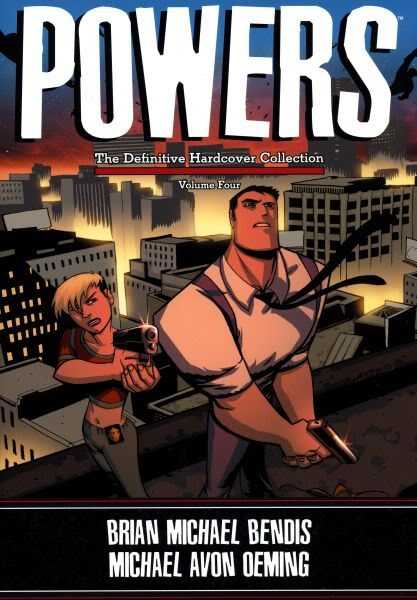 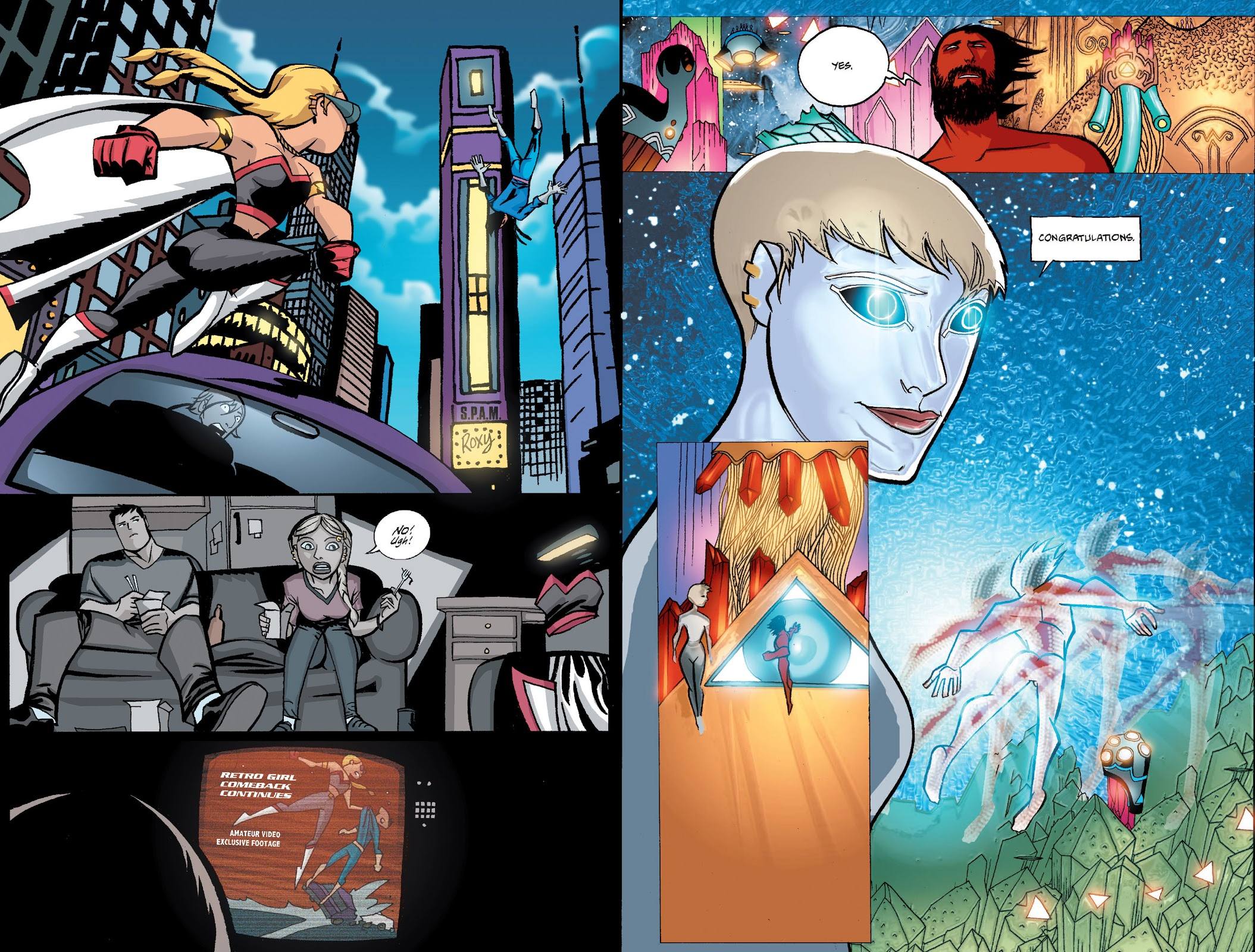 While Powers as an entire run proves patchy, Brian Michael Bendis deserves credit for never taking the easy path available in sticking to the status quo. The consistency to this point has instead been provided by Michael Avon Oeming’s shadowy cartooning defining the world for police detectives Deena Pilgrim and Christian Walker, leaving Bendis free to toss the cards into the air. The revelations of Book Three were one example, and they feed into the final story arc here, the monumentally trippy material originally presented as Cosmic.

In comparison with what’s to come, the changes starting the first arc are small potatoes, all superpowers now outlawed, a new renegade Retro Girl, and Pilgrim returning to active duty after a year off. What was originally Legends in paperback is the most satisfying arc here, exceptionally bleak, even by Powers’ standards, and yet because of that, about hope more than anything. It leaves Pilgrim with problems that will manifest in the future, and the way she deals with them is by closing everyone out. It’s a nice piece of writing by Bendis as he focusses on a police department overwhelmed as they attempt to enforce the law that use of powers is now illegal against nasty people unwilling to accept it and seeing opportunity instead.

The fallout arrives in what was published in slimmer paperback as Psychotic, as Bendis turns his attention to stalking among other matters. It’s a strange mix of powers being traded online, glimpses into Pilgrim’s past and a deed done that crosses a line. It’s another nice example of Bendis taking risks with his cast. This is also the arc where Oeming definitively moves away from the reliance on small, claustrophobic panels that have characterised Powers to this point. The story’s packed with large illustrations, and were it not for Oeming’s distinct style these would almost be regular superhero layouts. At the time readers didn’t know it, but this was just the staging point for Oeming’s leap into the unknown, both departures supplied as the sample spread.

What renders this slightly less satisfying than earlier outings is also down to Bendis experimenting. A new technique introduced halfway is opening and closing each chapter with people in front of a mic at a club. The intent is uncertain. It gives Bendis a voice for observations he’s unable to funnel through the main cast, but these are smug individuals with barely an actual joke between them. Are they meant to be poor to the last person, Bendis knowingly presenting mediocrity, or does he think it’s clever? Either way it amounts to a lot of dull pages.

Beyond the opening stories it’s a rare Powers story that finished with Pilgrim and Walker in the same place they began, and that’s true of these three stories more than any others in the series, something with repercussions in Book Five. This package was previously issued in hardback as Vol. 4 of Powers: The Definitive Hardcover Collection.