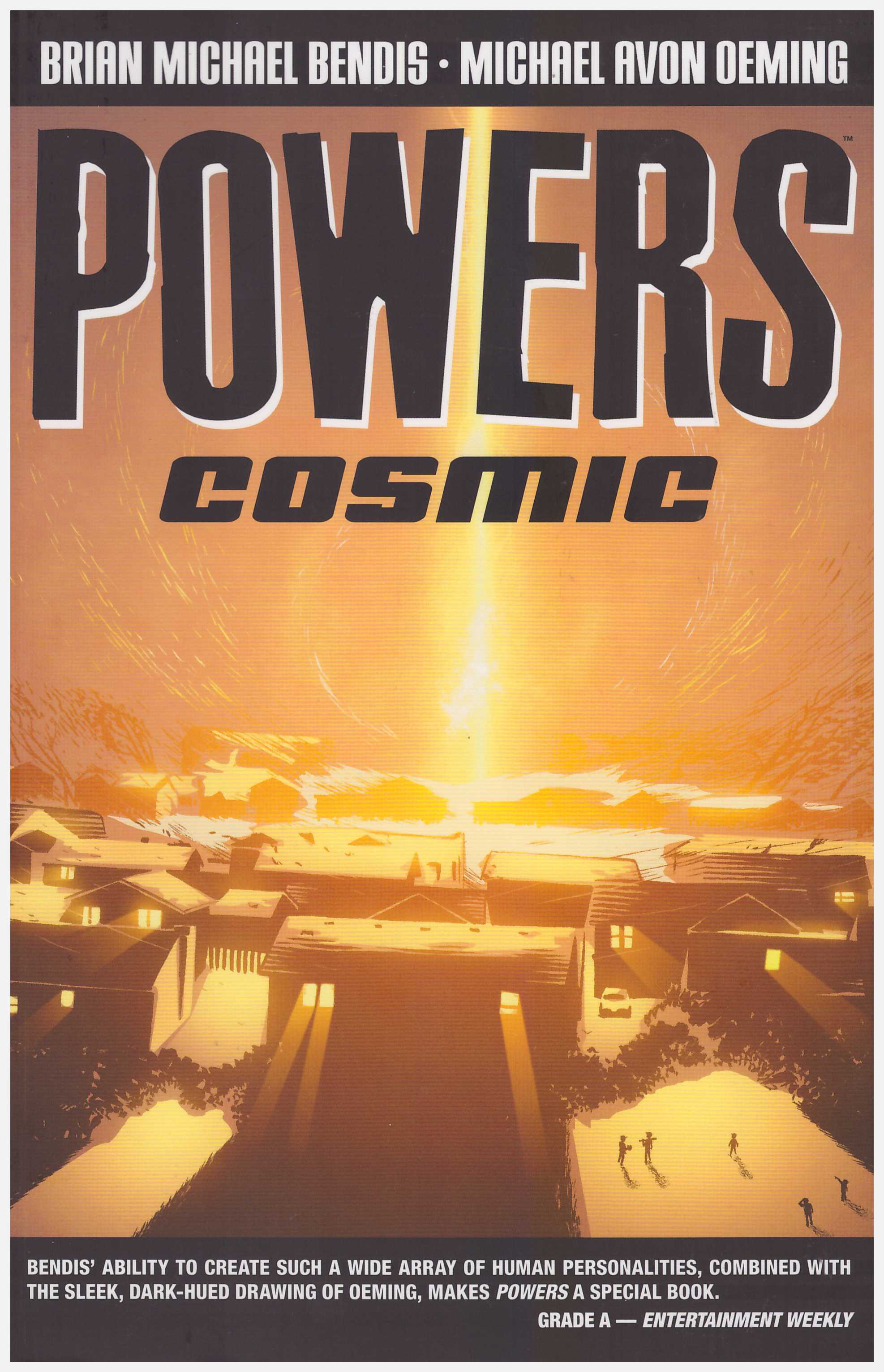 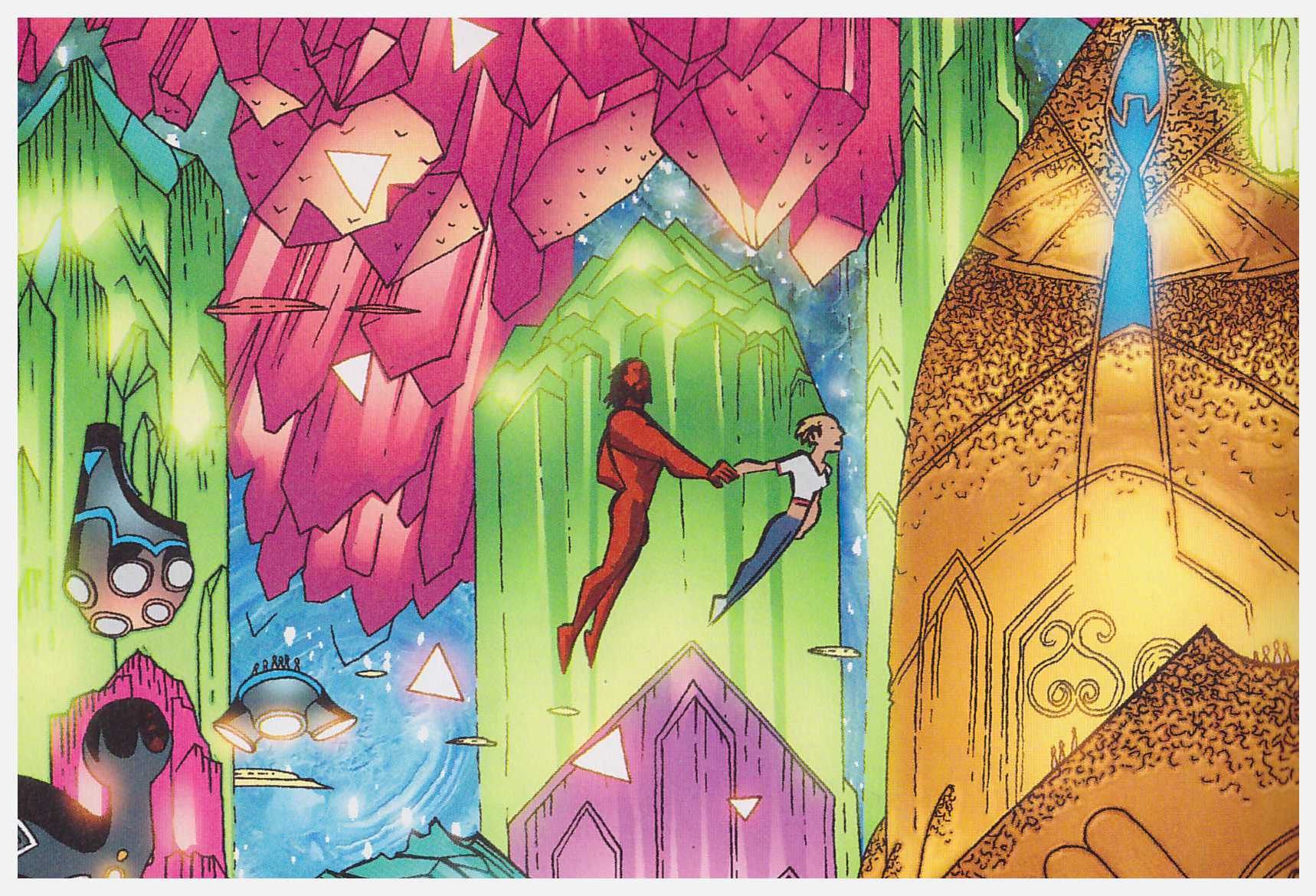 Pretty well every Powers book features at least one honest to goodness jaw-dropper. Why in the previous one, Psychotic, we learned that… but that would be telling! In Cosmic, though, the shocks just keep coming. In one sense it’s very much the chickens coming home to roost. Plot elements that have been bubbling away under the surface for some while rise to converge with some extras just dropped in our laps.

It starts with a massive explosion in suburbia, caused by an unidentified super being decimating a man out walking his dog. The only witness isn’t able to help with identification, but the Federal Powers Unit is very rapidly on the scene, and are far better informed about matters than homicide detectives Christian Walker and Deena Pilgrim.

Where it goes from there is into some very odd areas indeed, giving Michael Avon Oeming some really freaky stuff to illustrate, and he pulls it off. Hey, he was the guy who convinced with the monkey boning in Forever, so what should we expect? There’s a sequence set on a trippy alien planet, a place so advanced, so far beyond human comprehension, that you or I aren’t supposed to get our heads round it, yet Oeming presents it.

For his part Brian Michael Bendis has selected an odd method of counterpointing his main narrative. Every chapter is bookended by someone running through a monologue, to which the term ‘comedy’ only applies in the loosest sense. It’s observational material, delivered, for the most part, by the most self-righteous smug arseholes Bendis has ever created, and he has previous form for such types. Then, of course, it could be these are deliberately third-rate Bill Hicks wannabes, indicating the quality of the venue, in which case the writing is spot on. There is a justification by the end, but the suspicion lingers that Bendis let loose a few rants via the voices of others.

In some previous books the changes have hit Pilgrim, in others it’s been Walker, but both exit Cosmic heading for Secret Identity with profound matters on their minds.